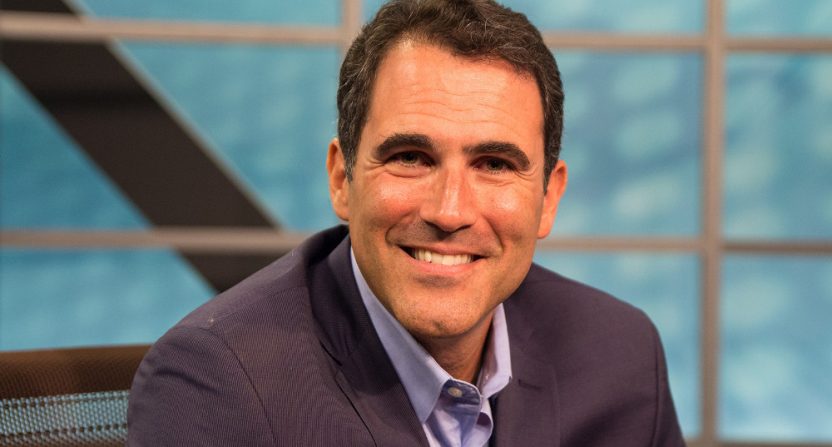 Some of Sports Illustrated‘s most prominent college football and basketball writers have been let go. The company laid off five employees Thursday, as first reported by The Big Lead’s Ryan Glasspiegel. Awful Announcing has confirmed that there were some layoffs, with several college writers in particular let go, and that college basketball writer Seth Davis was among them. Davis told Glasspiegel he plans to keep writing:

“I have not an ounce of regret or bitterness. This is the way the industry is headed. SI is a great place with great people.”

In addition to his writing and podcasting work for SI, Davis does television work for CBS around the NCAA college basketball tournament, and hosts a show for Campus Insiders. Davis had been with the magazine since 1995, an incredibly long run in today’s media world. (He worked at The New Haven Register before that.) He presumably still has those other jobs, but it’s interesting that he says he plans to keep writing. There certainly could be plenty of places who might want to add a well-known college basketball writer like Davis.

A company source said this isn’t a permanent reduction in coverage for SI, but rather a change in personnel. They plan to announce some hires in the coming months. They have been shifting things around lately, dabbling in VR (and linking that to their magazine for the first time) and planning to launch a subscription video service this fall, so these changes may be part of that shift. They’re certainly getting rid of some prominent names, though, and they’re doing so shortly after parent company Time Inc. announced it wouldn’t go through with a sale thanks to not receiving an offer that meant its asking price (causing its stock to fall).

We’ll see how this works out for SI in the end. The moves here probably can’t be fully evaluated until we find out what their next steps are going to be in terms of hires. But they’re letting some prominent people go, including Davis, and their college coverage is losing some notable voices. And when you add that to layoffs we’ve recently seen at ESPN and elsewhere, it’s further proof of just how difficult it is for sports journalists in 2017. Meanwhile, Time Inc’s stock continues to trend in the wrong direction in the aftermath of opting to walk away from acquisition offers last month.