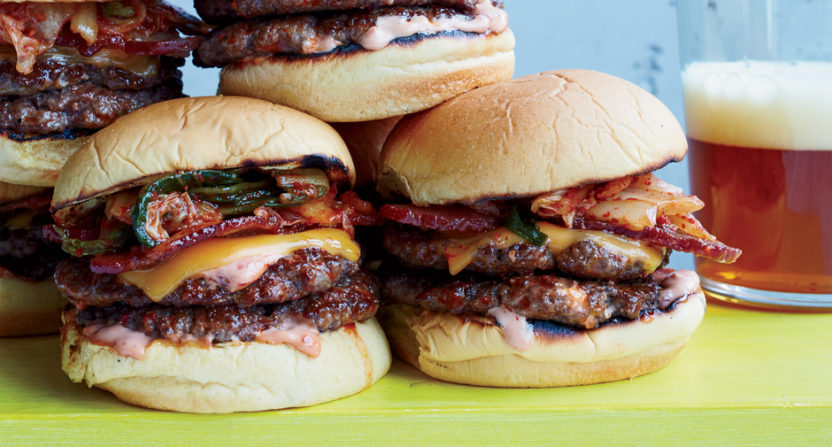 Just in time for the July 4 holiday weekend and all the cookouts that come with it, Sports Illustrated is setting a place for itself at the table. The magazine is launching a vertical for SI.com called SI Eats, which will be devoted to food and its prominent — and still growing — part of the culture. That obviously includes sports culture (something we highlight regularly at our sister site, The Comeback).

Tailgating has long been a beloved aspect of sports, especially college football Saturdays (and pro football Sundays), allowing fans and friends to gather together for food and drink before ballgames. As cooking has become a bigger part of the culture, so has the quality of food served at tailgate parties and sporting events themselves. Just having a hot dog with mustard and a beer no longer seems to be enough. Venues and teams increasingly try to stand out from their peers, offering distinct entrees that may be tied to a particular region or just stuff piled upon stuff for a memorable eating experience.

So Sports Illustrated jumping in and creating food-related content appears to be a savvy move, especially with writers like Andy Staples often sharing stories about the food they enjoyed in a particular part of the country, notably a dish that they’re still thinking about hours, days, weeks, months and years after eating it.

Naturally, Staples provides the introduction to SI Eats, part of which includes his first experience with boiled peanuts in the South, which is quite different from the salted, roasted variety you might enjoy elsewhere throughout the country.

“Unless you’re from the Deep South, your ballpark peanut experience was entirely different. You remember the crunch of the shells and the crackle they made when underfoot. Boiled peanut shells don’t crackle. But they do pile up when cracked by a 5-year-old whose response to the first Total commercial (YOU’D HAVE TO EAT X BOWLS OF [Insert other cereal here] TO MATCH THE NUTRITION OF ONE BOWL OF TOTAL!) was to eat five bowls of Honeycomb before his mom rose on a Saturday morning. I finished the first bag by the end of the second inning. We plowed through a second and a third, and I could have kept eating until we ate every peanut in the Carolinas. As the shells pooled on the ground, the idea of this man coming around more often didn’t seem so awful. He would teach me to catch a baseball. Later, he’d teach me to tie a tie. Eventually, he’d serve as the best man at my wedding. He became my stepdad two years after that game, and later he became just my dad.”

This seems like a rich source of material for SI.com, plowing into territory that other outlets cover to accentuate its normal coverage. Think of Todd Blackledge’s “Taste of the Town” segments that have been a part of his college football broadcasts for the past 10 years. Many sites devoted to college football, such as MGoBlog, provide articles with tailgating recipes or places to eat near campus or in surrounding towns. What is a road trip without stopping for some good food, especially a meal that you’re not likely to get in a different part of the country?

There is plenty of food content to be found online, but Sports Illustrated has its brand behind this venture. And that may be enough to stand out, especially among college football fans.