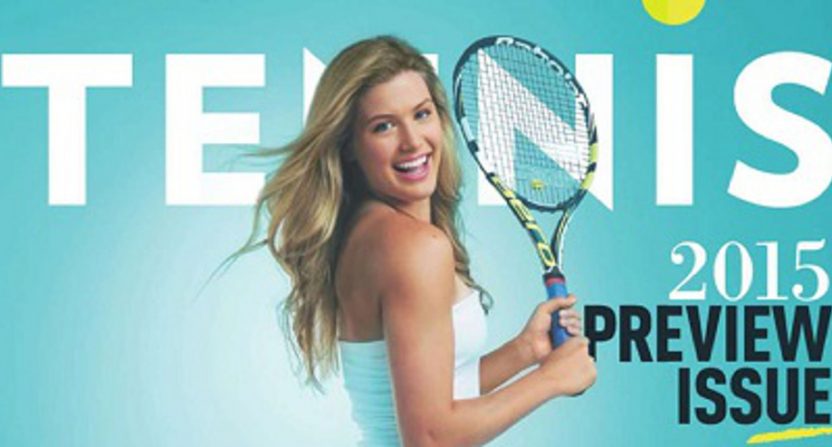 Sinclair Broadcast Group now controls several prominent U.S. tennis media outlets. Sinclair, a large broadcasting company that owns and/or operates 154 stations across the U.S., bought Tennis Channel for $350 million last January, and they announced their purchase of Tennis magazine (which publishes eight issues per year) and its companion website Tennis.com for $8 million (but with a potential extra $6 million) Wednesday. Here are more details on the deal, which comes as part of Sinclair’s acquisition of Tennis Media Company, from Diana Marszalek of Broadcasting and Cable:

Sinclair gets the magazine and website as part of its acquisition of the assets of Tennis Media Company for $8 million cash, plus an additional $6 million earn-out potential based on contingencies, the company said. The deal enables Sinclair to operate three established, multi-platform brands dedicated to the sport.

“The acquisition of Tennis Media Company brings together tennis’ television, print and online platforms, with significant advantages in the tennis rights and stakeholder world,” said Sinclair CEO Chris Ripley. “We are committed to enhancing Tennis Channel’s role as the undisputed tennis-media hub, and this combination of the sport’s foremost outlets, along with the Tennis Channel Plus subscription service, will lead to efficiencies that maximize all four platforms.”

A big part of this move seems to be about finding synergies across these different platforms. Sinclair notes that Tennis Channel commentators Tracy Austin, Paul Annacone and Jon Wertheim already are contributing or instructional editors for Tennis. Also, Marszalek’s article includes Tennis Channel president Ken Solomon saying this will let them sell advertising packages that combine print, digital and television.

There is some logic there. In a world where there are so many potential places to advertise, offering multiplatform bundles and opportunities can be a key distinguishing mark. However, magazines in particular are facing major challenges these days, and Tennis is no exception. There are some reasonable synergies from the owner of Tennis Channel buying the magazine, but there are also questions about if investing in a print magazine in 2017 is the wisest idea. We’ll see how this works out for Sinclair in the long run.