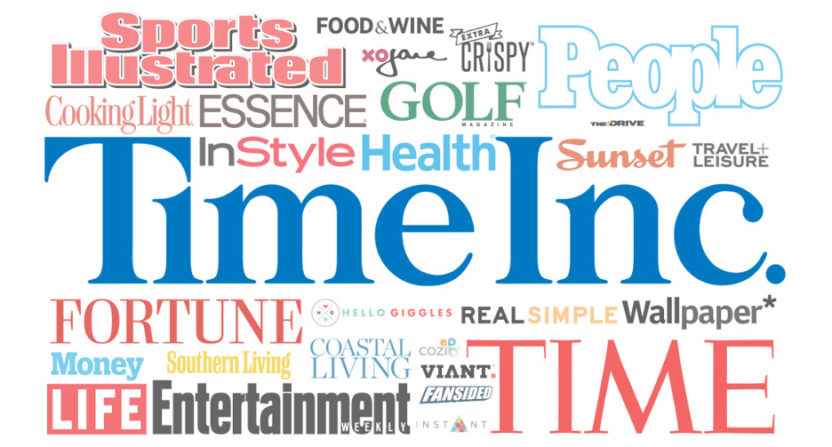 There have been plenty of notable moves at Sports Illustrated and parent corporation Time Inc. lately, from a proposed further reduction in SI print issues to the possible sale of magazines like GOLF to Swimsuit’s spinoff apparel and brand. The latest is a cross-Time Inc. move to give all of its websites a new, similar look through a platform called Element, which will apply to SI and FanSided. It’s not a content management system, but something on top of that, and there will be room for some customization for each individual title. From TechCrunch’s Anthony Ha, here’s more on Element:

Time Inc. websites will be getting a new look over the next few months, thanks to a new in-house platform called Element.

Ben Ronne, Time Inc.’s executive director, product, platforms, told me that this is part of a broader effort to centralize the company’s technology — for example, he said that in the past year, Time Inc. has gone from 14 content management systems to just two.

To be clear, Element isn’t the company’s new CMS. Instead, it sits on top of the CMS, and includes basic templates for how articles, galleries and recipes should look across all the different Time Inc. properties. The end result should be pages that load more quickly and are optimized for mobile.

“This is a huge step in the right direction for Time Inc. to be even simpler and even more effective at an enormous scale,” Ronne said, later adding, “We really feel like Element is going to provide the technology that our content deserves.”

A Time Inc. spokesperson confirmed to Awful Announcing that this will include SI and FanSided, with SI’s changeover happening first and FanSided’s (which will involve their hundreds of team sites as well as their flagship FanSided.com site) following later. It’s an interesting move, as SI’s website just went through a big redesign last summer, and one along similar principles. But the stated goals of Element (removing unproductive ad units, speeding up load times, and focusing even more on making things work for mobile) seem strong, and it may make some sense to have some more standardization across Time Inc. properties. Ronne also told Ha that each property will still be able to tweak Element’s code for its own needs, so it’s not like SI is suddenly going to look exactly like People or MyRecipes.

Ultimately, this is something that probably won’t matter all that much to SI or FanSided readers, unless the loading experience/browser resources required are drastically reduced, or the site’s layout either becomes much better or much worse. (And any of that is possible.) But it’s interesting as yet another big change at Time Inc., which is making plenty of those since deciding to not proceed with a sale of the whole company back in April. This also comes in a week where Keith J. Kelly of The New York Post reported that they’re about to hire a new chief transformation officer, which will probably lead to further shaving of costs (potentially with more layoffs) and could also lead to a sale of the company’s data operation division in Tampa. So, the Time Inc. changes continue, and those are going to impact their sports properties. We’ll see what the future holds for them.