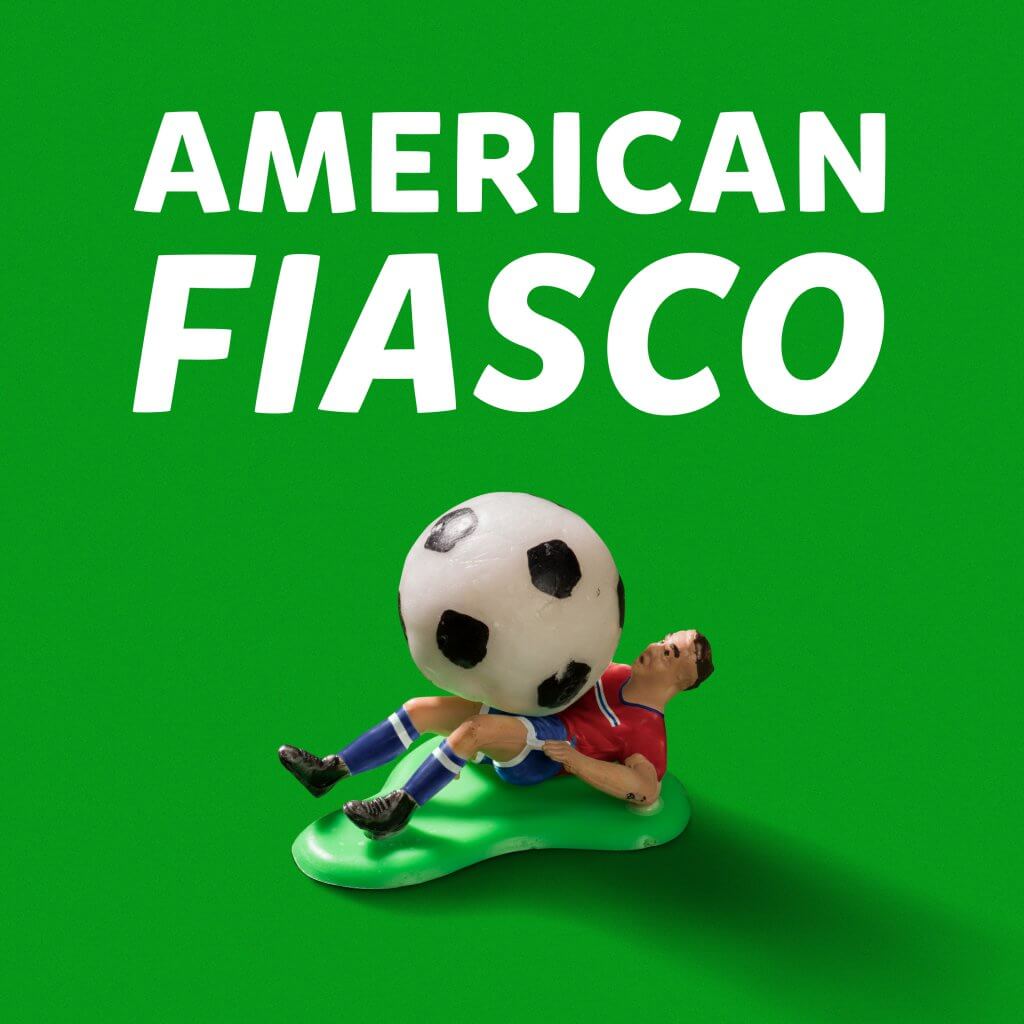 What’s It About?: American Fiasco tells the story of the United States’ disastrous failure in the 1998 World Cup, which many were optimistic about following the team’s surprising success in the 1994 World Cup and the 1996 and 1998 CONCACAF Gold Cup. Here’s WNYC’s description of the series.

After their giddy success of hosting the 1994 World Cup, a wildly ambitious U.S. men’s soccer team swaggered onto the international stage, ready to win it all. But when they arrived at the 1998 World Cup, they were forced to face their toughest opponent yet: themselves.

Now, 20 years after their last place finish, the team opens up about what happened. In this 12-part series, Roger Bennett, host of the Men in Blazers podcast interviews more than 30 players, coaches, and media personalities about how not to win a World Cup.

Who’s The Host?: Roger Bennett, half of NBC’s suboptimal Men In Blazers duo.

What’s a Normal Episode Like?: Each episode is about a half hour long, and features Bennett narrating key events surrounding the 1998 World Cup, starting four years earlier with the US’s success in the hosted 1994 World Cup. He then takes listeners through 1998, discussing key tournaments, friendlies, and off the field incidents involving the USMNT. Interviews with former players, coaches, executives, and TV personnel are included throughout, as are the TV calls from key matches.

Who Is It For?: Anyone who is interested in the USMNT and wants to know what happened the last time the team had a mortifying World Cup experience when expectations were so high. What’s worse – not qualifying at all, or qualifying and finishing dead last out of the 32 qualified teams? Only one nation finishes last – more than 150 don’t qualify.

When you look at the USMNT Wikipedia page, the 1998 World Cup stands out like a sore thumb – zero points, three losses, one goal scored. How in the hell did this happen, especially when you see the 2002 quarterfinal finish, the aforementioned strong finishes in the 1996 and 1998 Gold Cups, and the third place finish in the 1999 Confederations Cup? What went wrong in 1998 that turned this tournament into such a disaster – or more to the point, a fiasco?

Who Is It Not For?: Someone who wants to know about this year’s World Cup in Russia. This is not a current events podcast – it’s more of a history one that is relevant to current events today in US Soccer. Also, if you really don’t care about US Soccer, this podcast probably wouldn’t be up your alley.

Where Should I Start?: Given that the series is only 12 episodes long, it wouldn’t kill you to start with the first episode, which chronicles the 1994 World Cup. But if you’re familiar with that story and want to save yourself some time, you can start with the second episode, which discusses the hiring of Steve Sampson. There’s also a bonus episode featuring Bennett and Barstool’s Dan Katz that mainly deals with the issue of why soccer in America has been America’s sport of the future since 1972 and why it still hasn’t caught on. It’s not essential to the podcast’s story, but does give a little extra background (that many American soccer fans are familiar with).

(also, Bob Ley reads the credits for each episode. They are amazing)

When @BobLeyESPN reads the credits on your pod series and says “Bon Iver” as if he is ordering the most expensive bottle of wine at a fancy French restaurant. Subscribe here https://t.co/GWzr80O0X6 and hear the master read credits every day ???? pic.twitter.com/calx5E4EKK

So, Should I Listen To This?: American Fiasco won’t require a huge time commitment – each episode is only about a half hour long, and there are only 12 episodes (plus the bonus episode with Katz) planned. The first five episodes were all released on Monday, and you can plow through them pretty quickly before, during, or after this summer’s World Cup. Because this isn’t a current events podcast, you don’t need to listen to it right away.

Bottom Line – TL;DR: This podcast showcases great storytelling that is the complete opposite of the zany Men In Blazers podcast that Bennett is best-known for. This is the only talk you’re going to get about the US Men’s National Team this summer during the World Cup, and it’s worth your time.