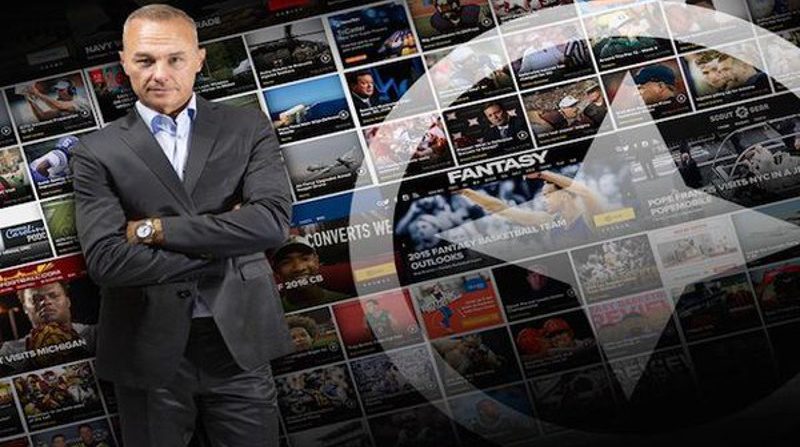 While Scout Media’s network of subscription-based college and pro sites is in new hands thanks to CBS’ acquisition of the company in bankruptcy, there are still lots of questions about how the company went from one bought by Fox for $56 million in 2005 to one they sold back to a group led by original founder Jim Heckman and internet executive Bob Pittman in 2013 for a “substantially lower” price, and how it went from having a claimed over $100 million in assets in 2014 to being forced into bankruptcy after involuntary Chapter 11 petitions and bought by CBS for a reported $9.5 million. Max Willens of Digiday has an interesting piece looking at many of those issues, and it’s particularly notable for the comments he got from Heckman.

Many of those questions have a lot to do with Heckman, who founded Scout in 2001, sold it to Fox, was key in buying it back in 2013 and serving as CEO afterwards, and was forced out in July thanks to either “Russian investors” (his version) or “abusing his access to and control of company funds” (the company’s version). Heckman spoke later in July about how he was going to “build something incredible” with the Scout product team that quit when he was forced out, but he hasn’t really said a lot about what went wrong for Scout and what happened with his ouster and afterwards. He gave Willens some pretty fiery comments, though, including ones about the “bribe-taking nincompoops” he blames for his departure:

Scout’s fall was nasty. In the months before creditors forced Scout into bankruptcy proceedings, its board fired founder Jim Heckman for cause, accusing him of using company money not just for personal expenses but on extravagances like the aforementioned yacht, which cost $400,000 (Scout also chartered a yacht for the Cannes Lions in 2014). Heckman has denied these charges, countering that the company’s former CFO signed off on all his expense reports, and that he was ousted as part of a hostile takeover facilitated by “bribe-taking nincompoops” that submarined Scout’s value to any would-be investors.

“I wouldn’t be so disappointed if they had an IQ over room temperature,” Heckman wrote in an email. “They would have been able to sell the company for even 50% of market value, and everyone would have gotten their money back. But they were so incompetent, they weren’t even capable of selling the company as an asset purchase – they were too busy looting the asset, covering their asses and justifying betraying all the employees and investors for personal gain.”

As Willens’ piece notes, there are plenty of other considerations in Scout’s downfall too. Those would include their attempted expansion into hunting, cooking and lifestyle brands, their massive investment in video, their struggles to sell network-wide ads, and debates about if their spending on things such as the Cannes Lions advertising festival (where they chartered a yacht in both 2014 and 2015) was justified. They were always very tied to their subscriber-only message boards, which weren’t advertisers’ prime targets, and they weren’t able to expand far beyond that. They also faced steep traffic declines, especially after the departure of Heckman and the product team this July:

Advertisers might also have been skittish because of where most of Scout’s traffic came from. Despite a costly thrust into video, part of a massive, costly overhaul of Scout’s CMS, nearly 80 percent of Scout’s traffic comes from visits to its message boards, which are reserved for subscribers. Though the developers team claimed the addition of video in 2015 drove tens of millions of views within six months of its launch, Scout’s traffic was relatively flat or declining year-over-year from 2014 to 2015, according to comScore data.

This past summer, traffic cratered by more than 50 percent, a crash that coincided not only with Heckman’s ouster but the mass exodus that ensued: after Heckman’s termination, the site’s entire development team and many of its top executives resigned, en masse.

Exactly what happened to Scout still isn’t really known, but Willens’ piece is a good look at many of the factors involved. And while we still don’t really know who was right in the Heckman-board dispute, it’s clear that Heckman still isn’t happy about it. It’s interesting to see him speak out so publicly on this, and in such strong terms. It sounds like we won’t have to wait long to see more from him, either; Willens’ piece mentions that Heckman’s new venture, “theMaven Network,” is expected to launch this quarter. It will be very interesting to see just what that is, and to see if there are any further revelations on what happened at Scout during Heckman’s tenure.