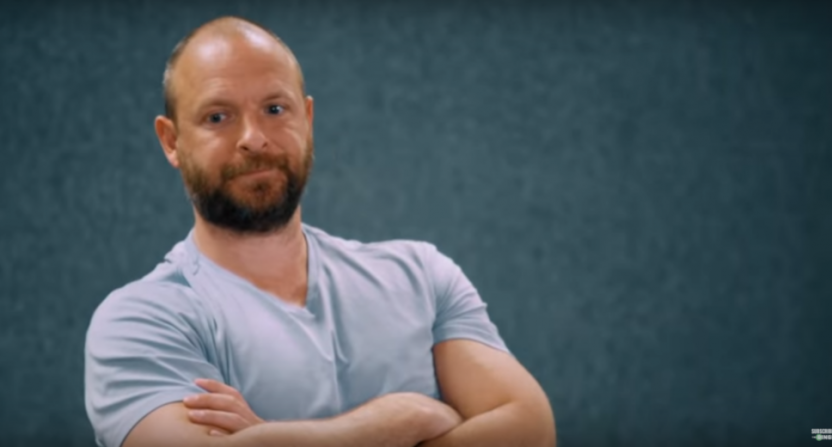 Ryen Russillo signed a new deal with ESPN last August for his The Russillo Show podcast, but at the same time, he announced that he was joining The Ringer to do his own football podcast and be a regular guest on Ringer founder Bill Simmons’ podcast. A year later, Russillo has now left ESPN (after 14 years there overall) to join The Ringer full-time. John Ourand of Sports Business Journal had that news first, and Simmons then confirmed it on Twitter:

Happy to confirm that @ryenarussillo will be working exclusively for @ringer for all multi-media stuff starting in September. Will be a regular on my BS Pod as well. Subscribe to his “Dual Threat” podcast here because there’s going to be a lot of them. https://t.co/rUq0ZfPiw6

So…the news is out. I’m headed to @ringer
Want to thank @espn for the last 14 years.
I grew up on @SportsCenter and then to be on the actual set, my name on a show…have to remind myself at times how cool that is
Excited to try and limit Celts talk to 30mins w/ @BillSimmons

Russillo  also told Ourand “This is not an anti-ESPN move. It’s a pro-Ringer one. I have wanted to pursue other things for a while, and Bill gave me this opportunity.” And a release The Ringer sent out indicates that this will involve Russillo’s “Dual Threat” football podcast being increased to three times a week in season and two times a week out of season, that he’ll be on Simmons’ podcast weekly from February through July, and that he’ll be a guest on other Ringer podcasts and do other on-camera digital work. (That may imply some further projects like the “NBA Fans Support Group” video screencapped above, which Russillo wrote and starred in.) And it had this quote from Simmons:

“I thought Ryen was one of my most talented co-workers when we worked together at ESPN, and I’ve been just as impressed these last 12 months with how easily he fit into everything we’re doing at The Ringer. He’s a proven multi-media personality and a first-class talent, he’s a truly authentic voice, and he’s unafraid to keep trying new things. We’re delighted we could deepen our relationship with him – I absolutely love working with him. I’m gonna fight off the urge to compare this moment to The Rock joining the cast of Fast Five.”

Well, that’s quite the analogy (and maybe it will lead to Simmons and Russillo doing their own Hobbs and Shaw-style spinoff?), but it’s certainly interesting to see Russillo leaving ESPN after all this time to head to The Ringer on a full-time basis. (And while that move isn’t quite official yet, as this move happens in September and his contract with ESPN runs through Aug. 31, it’s not yet clear if Russillo will actually appear on any ESPN platforms this month.) Russillo is a big-name get for The Ringer given his long run at ESPN, and his work at The Ringer so far has seemed to go over quite well. We’ll see how he does as a full-time presence there.