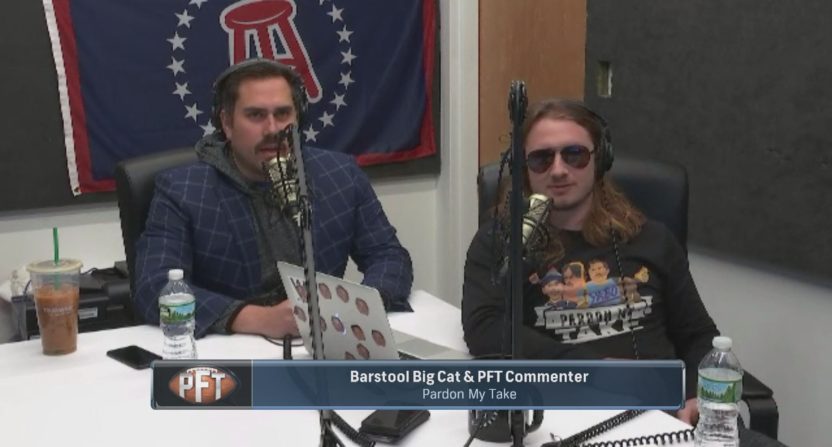 Anyone who consumes much sports media, or media of any kind, knows that podcasts are are claiming an increasingly large share of the space. These days, any sports publication worth its server space has at least one podcast, and many larger outlets boast an entire network.

In a fascinating feature for Sports Business Journal, Eric Spanberg chronicled the rise of the sports podcast, beginning with Bill Simmons last decade and continuing through the present-day Barstool Sports empire. And in case there was any question why podcasts have proliferated so quickly, this tidbit should answer that question.

[Steve] Shanks, of AdResults Media, estimated that Simmons’ podcast and Barstool’s “Pardon My Take” could be generating in the range of $50,000 each per episode. Both podcasts produce three shows per week. Simmons declined to disclose financial figures, but, generally, the Ringer Network isn’t measured on a stand-alone basis of profitability for each show.

Now, that $50,000 figure is just one man’s blind estimate, but if it’s remotely accurate, that’s a massive haul, especially considering that podcasts have low barriers to entry and low overhead costs.

Per Spanberg, podcast ad revenue (overall, not in sports specifically) grew from $69 million in 2015 to $119 million in 2016 to $220 million in 2017, for a more than 200 percent increase over just two years. Anecdotally, it seems likely that sports media has tracked with that trend.

The scary thing is that as much as podcasts have seemed to take over sports media, everyone in Spanberg’s article seemed to agree there was substantial room for growth. Despite a rabid audience for all sorts of sports content, only two of the top 10 podcast publishers were sports outlets during the month of March: ESPN and Barstool. And given its size and resources, Spanberg’s sources said, ESPN could be taking better advantage of the audio medium.

“A lot of [people] ask us where we see opportunities,” said Steve Shanks, partner at Ad Results Media, a company that places close to 35 percent of all podcasting advertising. “Two categories haven’t reached their potential: sports and business. Barstool and even The Ringer Network have shown ESPN hasn’t taken full advantage.”

So if you like listening to people talk about sports in your headphones, it seems that you are in luck. And if you don’t, well, that’s just too bad for you.