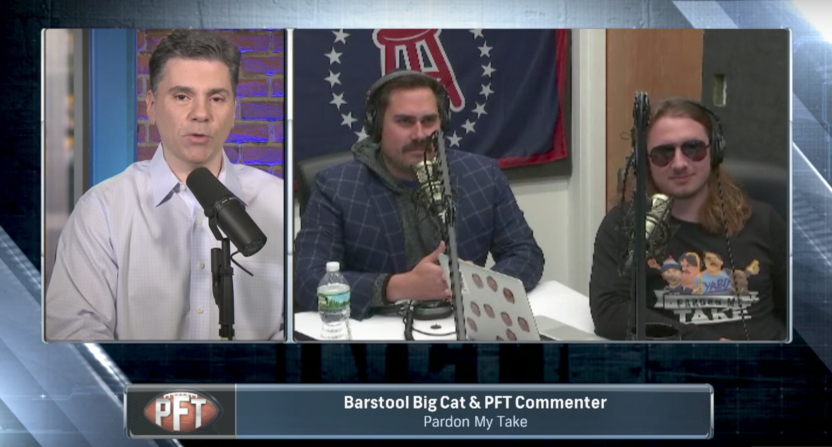 Comment sections are generally known as the cesspools of the Internet.

But if nothing else, they also gave birth to the funniest Twitter parody account in sports: PFT Commenter.

The idea was simple enough: A satirical Twitter account mocking sports’ “Embrace Debate” media landscape and the dimwitted everyman often found in the comments of the NFL website, Pro Football Talk. The account was launched in October of 2012 by an anonymous man in Austin, TX, who was bored with his office job and in need of a creative outlet.

“I’m a connoisseur of Internet comments,” PFT Commenter recently said in an interview. “And the Pro Football Talk comments section was one of the worst places on the Internet. And so I was just bored at work one day and decided to start that Twitter account and started responding to all of Pro Football Talk’s tweets.”

Soon enough, PFT Commenter’s Twitter account caught the eye of some popular sports blogs and he started to build a following of his own.

“After about like six months of tweeting at Pro Football Talk and tweeting out stupid takes, I started auditioning for Bleacher Report and then posting the essays I was writing for Bleacher Report,” PFT said. “And people liked the writing, they thought it was funny, so I started my own blog. It was just something to do to be creative at work when I was just doing mindless stuff all day long. And then Mike (Tunison) from Kissing Suzy Kolber said, ‘If you want to blog for us, you’re more than welcome to do it,’ so I did that. And then I just started writing as much as I could because it was fun to do and I liked it. (I) didn’t really think that it would become a fulltime job, at least anytime soon. And it just kept snowballing.”

By the fall of 2013, PFT was a regular writer for SB Nation with hot takes such as:

But what propelled PFT Commenter to being a full-blown Internet celebrity was his hijinks at the Republican Party presidential debates.

It started in August of 2015 when PFT convinced SB Nation to allow him to attend the first Republican debate in Cleveland before heading to the Pro Football Hall of Fame induction ceremony and game just a couple days later in Canton, OH.

PFT was in the right place at the right time to end up in the background of MSNBC’s “Hardball with Chris Matthews” while holding a sign that asked, “Is Joe Flacco a Elite Quarterback?” — typo and all. 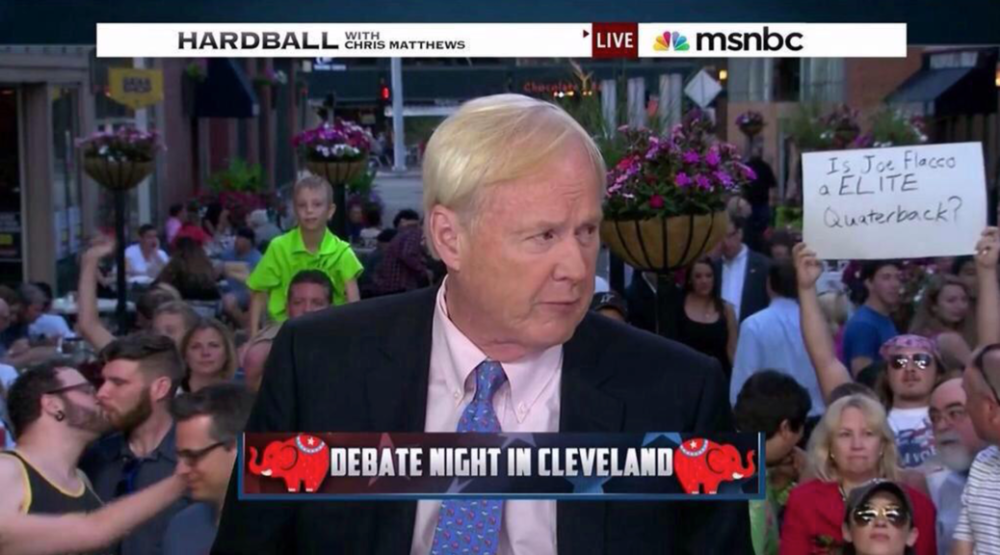 He was just getting warmed up with his shenanigans.

Three months later, PFT Commenter showed up in Milwaukee for the fourth Republican debate and reached a new level of absurdity with a question for then-candidate Ben Carson that turned into national news and set the tone for the circus that became the 2016 Presidential Election:

Said PFT: “That actually gave me really good insight into what modern day journalism is about because within maybe 30 or 45 minutes of putting that out, there was an article on the front page of CNN.com saying, ‘Ben Carson would not abort Baby Hitler.’ And I was like, ‘Uh-oh, we’re fucked.’”

PFT left SB Nation last year to join Barstool Sports and start a podcast with his friend Dan Katz, a.k.a. “Big Cat.” The show, “Pardon My Take,” is now regularly listed as the top podcast in the Sports & Recreation section of the iTunes Store and has an audience of 750,000 to 1.5 million listeners per episode, according to Barstool.

PFT Commenter currently has over 255,000 follows on Twitter, which includes many real NFL “capital ‘J’ journalists,” as PFT would say.

He is also still writing parody columns such as his most recent think piece, “The Warriors Would Get Swept by Jimmy Chitwood’s High School Team in Hoosiers.”

Now almost five years after he created the character, the question still remains: “Just who is the man behind PFT Commenter?”

He’s grown his hair out from his younger years and always wears sunglasses while on camera to keep people from getting a good look at him. He even gives out a fake name to throw people off his scent because, “I think the joke’s a lot funnier (when I’m anonymous), that’s the main reason why.”

According to PFT Commenter, everyone at Barstool simply refers to him as “PFT” and about half of the office doesn’t even know his real first name — which is a plus to avoid someone accidentally saying it on air.

But as PFT’s fame continues to grow, he admits his identity has become an “open secret” and knows it’s only a matter of time until his cover is fully blown.

“It’ll happen eventually and I’m at peace with that,” PFT said. “I try not to worry about it too much because it’s somewhat out of my control.”

The one thing PFT may never get used to is being treated like a celebrity on the streets of New York City or on the road for “Pardon My Take.”

Said PFT: “It’s the weirdest thing of all time. I’m still getting used to it because I’m not a celebrity. I’m some asshole with a Twitter account… It’s still kind of strange to me, walking down the street and somebody just coming up to me and being like, ‘Hey PFT, love the show.’ But it’s very cool to know at the same time that we are doing something that’s connecting with people in such a way where they’re excited to see you out in public.” 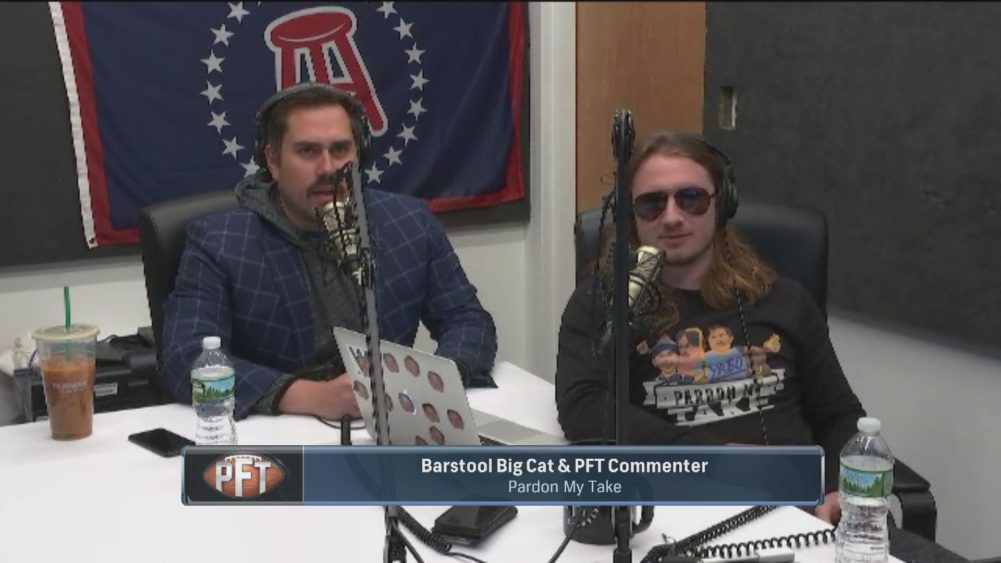