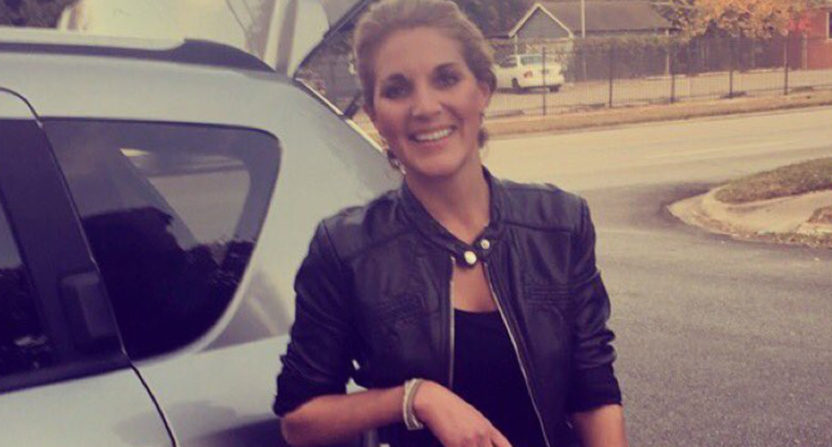 UPDATE [1/8, 10 a.m. ET]: Houston police announced Monday morning that Courtney Roland has been found and taken to a local hospital for evaluation.

Thank Jesus! Courtney Roland has been found by the Houston Police. Thank you to everybody for your prayers and please respect the family at this time #HelpFindCourtney

Police did not reveal where Roland was found and the hospital she was taken to, presumably for safety and investigative purposes. Officers reported she appeared unharmed.

Soon after reports of Roland’s disappearance and a missing person’s report was filed, the Houston Police Department asked for information. Approximately four hours later, police provided updates in the investigation.

We are investigating this missing person's case. We encourage anyone with information on Ms. Courtney Roland's whereabouts to call our Missing Person's Unit at 832-394-1840 #hounews CC7 https://t.co/bN6Y6kYMKS

We do have Ms. Roland's vehicle, a white Jeep, found by officers overnight in a parking lot at 5006 Westheimer. Her phone and other items were inside the vehicle. Her purse was found at a nearby business. #HouNews https://t.co/IrMzu9Xr2v

Information obtained in our investigation thus far indicates Ms. Roland was last seen about 5:40 p.m. on Sunday (Jan 7) walking alone in a store in the mall. Anyone who has seen her since that time is encouraged to call our Missing Persons Unit 713-394-1840. #HouNews https://t.co/kyp3yBsS7b

One hour after posting those updates, Houston police announced that Roland had been found.

UPDATE: Our officers have found Ms. Roland in the Galleria area. She appears unharmed. She'll be taken to an area hospital for an evaluation. We are not providing the location where she was found or hospital at this time. More info to follow. #HouNews https://t.co/btdaJLbifW

As the police department’s tweet states, more information has yet to be revealed. Presumably, that could include whether or not any arrests were made in this case.

A reporter for Rivals’ Texas A&M site Aggie Yell was last heard from via text at 12:30 a.m. Sunday, which has prompted the filing of a missing persons report with the Houston Police Department.

The reporter in question is Courtney Roland, who was covering the Texas Team Elite 7-on-7 team tryouts Saturday. She left that camp at 4 p.m., was reportedly seen later that night, and then sent a text at 12:30 a.m. that she was in her car and being followed by a suspicious man.

As of Sunday evening, no one had heard anything further from her, and Houston ABC affiliate KTRK reported that her family had filed a missing persons report with the Houston police. Houston NBC affiliate KPRC has a story with some comments from Roland’s roommate:

Roland’s roommate, Autumn Vara, told KPRC that Roland texted her about a suspicious man she saw in Walgreens who was following her.

Vara said he followed Roland to her home in a blue truck as she was parked in the driveway. Vara said the blue truck looped back around and parked behind her and Roland got out of her car and the truck sped off.

Vara said Roland and her was suppose to meet up, but Vara didn’t hear from her again.

On Sunday, Roland’s mother received a text from her phone saying, “hello the owner of this phone Courtney. I am buying an iPad.”

Vara also said Roland’s vehicle was broken into six weeks ago and she’s been on high-alert since.

Here are some tweets with further details:

Courtney Roland of Rivals last seen late evening Jan 6th in the Heights. She sent her roommate a text that she was being followed by suspicious man who then followed her in a blue truck. Driving 2015 Silver Jeep Cherokee License Plate HZC7778. Call HPD missing person 832-394-1840 pic.twitter.com/uIrGCrzlF2

That quickly spread through the sports world, with everyone from other college football reporters to NFL columnists to other journalists to UFC president Dana White tweeting appeals to look for Roland:

Houston need your help! Courtney Roland was last seen the evening of 1/6 in the Heights. She texted her roommate she was being followed by suspicious man in a blue truck. She was driving a '15 Silver Jeep Cherokee Plate HZC7778. PLEASE call HPD missing person 832-394-1840 w/ info pic.twitter.com/OvdGIEz4tq

TWITTER WE NEED YOU NOW MORE THAN EVER … Houston/Texas … pic.twitter.com/WBuMxKh1DM

UPDATE WITH MORE INFO: Tryout was yesterday. She was last seen late evening on 1/6 in the Heights. She sent roommate a text that she was being followed by a man who then followed her in his blue truck.

She was driving her 2015 Silver Jeep Cherokee License Plate HZC7778

Courtney Roland’s @CourtneyRivals family and friends are looking for her. She was last seen Saturday covering a football camp in Houston. Last texts anyone received were 12:30 AM. If you have info please call HPD’s missing persons bureau 713 884 3131