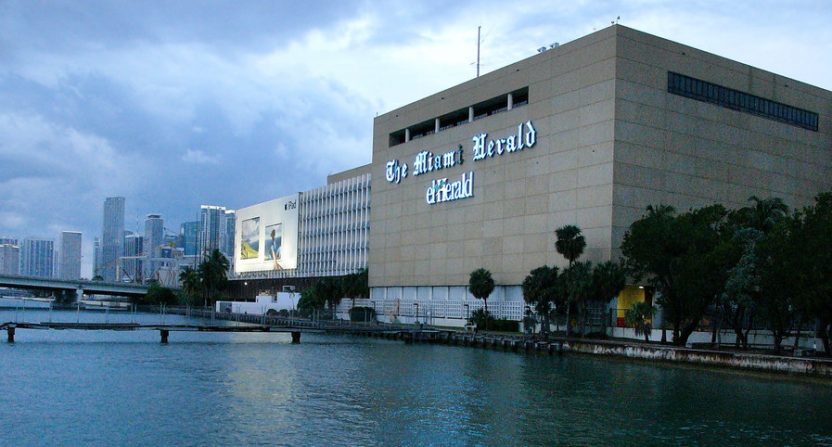 The founding of The Athletic has been a game-changer for sports coverage. The subscription based service has seemingly gobbled up every sportswriter in the country to write for the outlet from Ken Rosenthal to Richard Deitsch to Stewart Mandel and dozens of others.

The biggest impact of The Athletic might be on the local scene, though, where they have opened up a number of local sites around North America. ESPN has tried something similar in the past with locally focused coverage, but The Athletic has gone much further and wider in their efforts for world domination in sports media. What may be most telling is the poaching of many writers in many cities from the local papers to make the move to The Athletic. Currently, The Athletic touts 33 local sites across the USA and Canada.

Finally, it seems as if the local papers may have a way to fight back against the push of The Athletic. On Thursday, the Miami Herald announced something new for their readers – a sports-only digital subscription for $30 per year.

Many of you have asked for a sports-only digital subscription … the Miami Herald heard you loud and clear. For $30 a year or about $0.08 cents a day you can read unlimited Dolphins and Hurricanes news. Plus all the other Miami sports. Sign up today. https://t.co/phq89wgMLB

For what it’s worth, the $30 a year price point is cheaper than a subscription to The Athletic, which currently offers subscribers a $3.99 monthly price for a one-year subscription and $9.99 month-to-month.

Miami is not one of the cities on The Athletic’s roster at the moment. Perhaps this move is an offensive one from the Herald to try to boost their sports coverage and stake their claim in the marketplace. It would be tougher for The Athletic to come into Miami with a subscription sports service already on offer for the local fanbase. One example of The Athletic’s power came when they recently launched the Atlanta section of the website and snatched multiple writers from the Atlanta Journal-Constitution.

In the short-term, this probably is an effective measure to counteract the spread of The Athletic, especially in those markets where it already hasn’t launched as of yet. But what about in the long-term?

This may be a revolutionary idea that can actually help the newspaper industry and maintain readership in the transition to the digital age. Offering a new way to engage potential customers certainly can’t be a bad thing for the newspaper industry. The best parallel may be to the changes we’ve seen in the League Pass services over the past couple of years where MLB, the NBA, and others have offered packages for just one team instead of making fans pay for the entire league.

We live in an a la carte world now where sports fans can watch highlights on YouTube, check news on Twitter, and follow their favorite athletes on Instagram. A digital-only sports subscription just makes sense for local papers as a way to keep pace in the modern age. Whether it’s enough to stave off the advances of The Athletic or gain back readers remains to be seen, but at least it’s a start at trying something new.