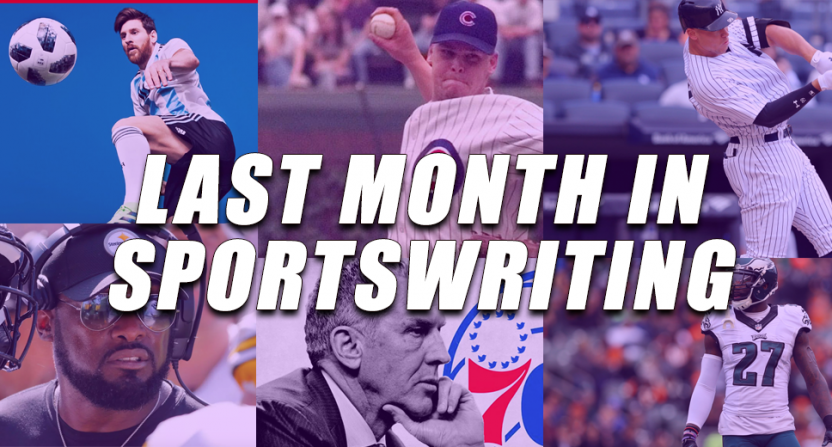 Without further ado, here’s the best in sportswriting from the month of May.

Stories have trickled out for a while about the mistreatment of NFL cheerleaders, but it took some blockbuster reporting from Juliet Macur of the New York Times for America to take note. Macur first revealed the tawdry details of the Washington cheerleaders’ 2013 trip to Costa Rica. She then reported on a lawsuit filed by a Texans cheerleader who claimed she was underpaid, verbally harassed and exposed to abusive fans. Finally, she filed a story on alternate cheerleaders, who don’t actually cheer and instead merely mingle with (often inappropriate) fans.

When she wasn’t owning the cheerleading beat, Macur was reporting on the fallout from the Larry Nassar sexual abuse scandal. She always writes great stuff (we especially liked her piece earlier this year on football in a demoralized Indiana town), but she particularly brought it in May.

Kerry Wood and ‘the greatest game ever pitched’: The oral history of May 6, 1998, at Wrigley Field; by Dan Wiederer, Chicago Tribune

Kerry Wood’s historic 20-strikeout game turned 20 years old in May, and the Tribune pulled together all the relevant parties for this thorough and compelling oral history.

The radicalization of American football; by Louisa Thomas, The Atlantic

Eagles defensive back Malcolm Jenkins is one of the sharpest players in the NBA, and here he speaks candidly about protests during the national anthem, division among athlete activists and America’s urgent need for criminal justice reform — plus the risk of concussions and why he plays football.

What began as a Twitter thread turned into this wildly entertaining list. From Gaffe God to Pancake Emperor to Coffin Mamba, these nicknames are clever, insightful and hilarious. 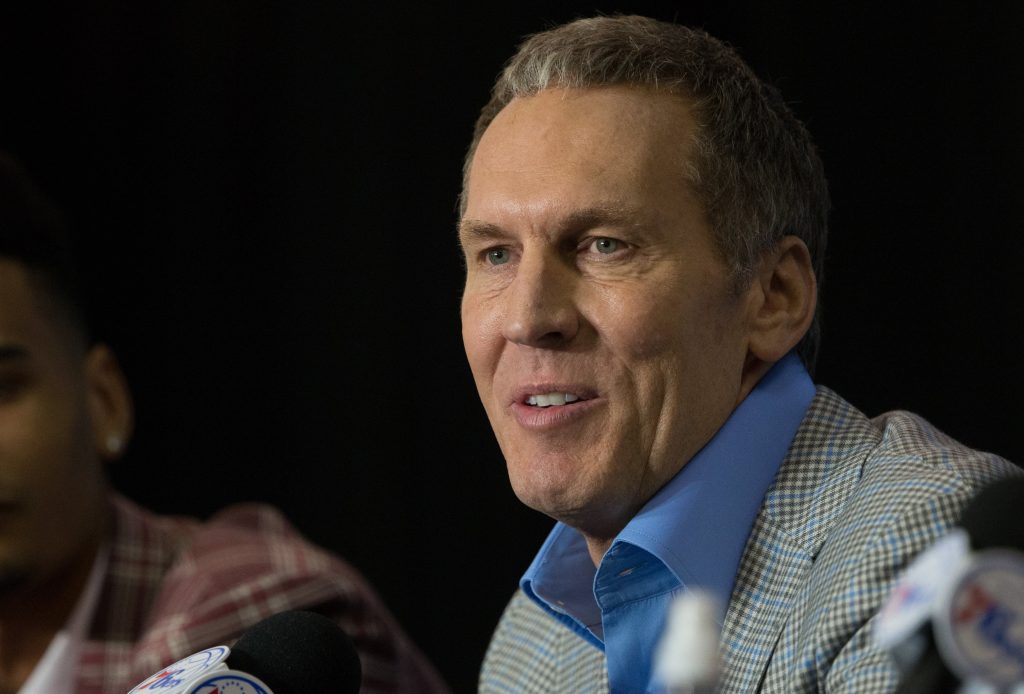 The curious case of Bryan Colangelo and the secret Twitter account; by Ben Detrick, The RingerYou’ve probably already read this one — or at least heard about. It’s the story that launched the Jerry Colangelo burner-account scandal and rocked the NBA.

Project 34: Cory Hahn is in the big leagues, though not in the way he once expected; by Ken Rosenthal, The Athletic

In an alternate universe, Cory Hahn is current an MLB all-star. In this one, he’s a Diamondbacks scout and subject of this touching profile.

Former NBA forward Brian Grant has fought a well-publicized battle with Parkinson’s. This story reveals how difficult that fight has been, not only physically but also emotionally.

The hidden queer history behind “A League of Their Own;” by Britni de la Cretaz, Narratively

This piece tackles a subject that “A League of Their Own” failed to cover: the lives of lesbian women in the All-American Girls Professional Baseball League and elsewhere in women’s baseball history.

This story got Americans to notice and care about the plight of NFL cheerleaders, specifically those who work for Washington and found themselves involuntarily enlisted as escorts for team sponsors on a trip to Costa Rica. 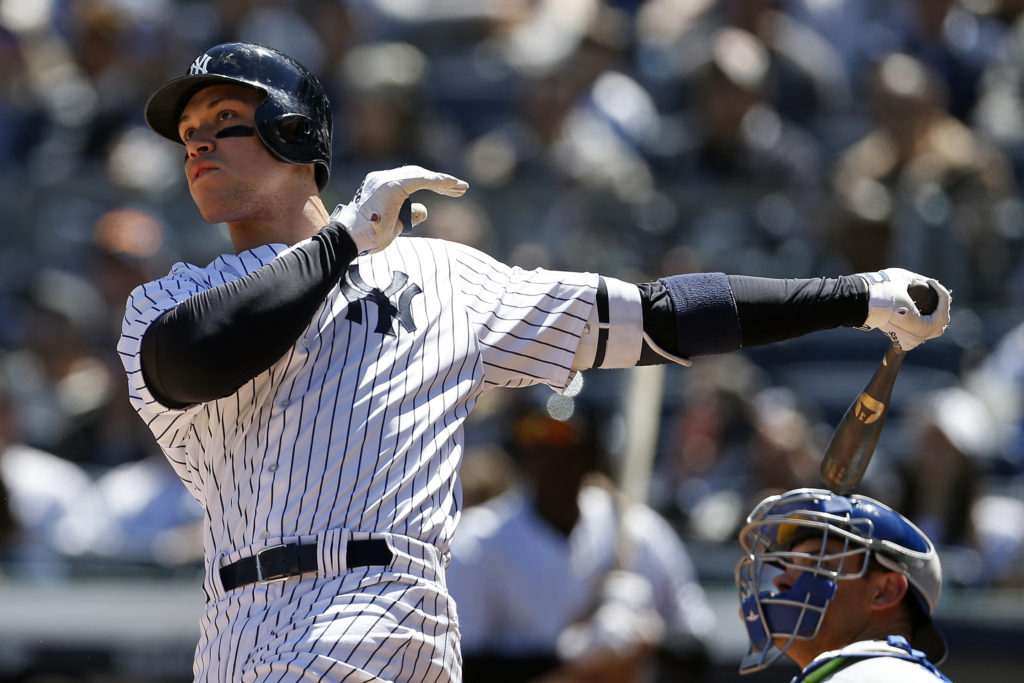 “If I’m going to fail, I’d rather fail my way.” The untold story behind the rise of Aaron Judge; by Marc Carig, The Athletic

Aaron Judge had remained largely mum on how he went from hitting .179 to finishing second in AL MVP voting. Marc Carig got him (and those close to him) to open up.

Inside the tension between Kawhi Leonard and the Spurs; by Ramona Shelburne and Michael C. Wright, ESPN

No one has quite figured out what’s up with Kawhi Leonard’s mysterious quad injury, but here Ramona Shelburne and Michael C. Wright get as close as anyone has.

It feels a bit silly to share a piece about the Houston Rockets after they have been bounced from the playoffs, but this account of how Mike D’Antoni and James Harden turned the team into a powerhouse is worth a read anyway.

This is as strong a piece as you’ll find about the remarkable story of Nevest Coleman, the White Sox groundskeeper who was exonerated after spending nearly 24 years in prison on murder charges. 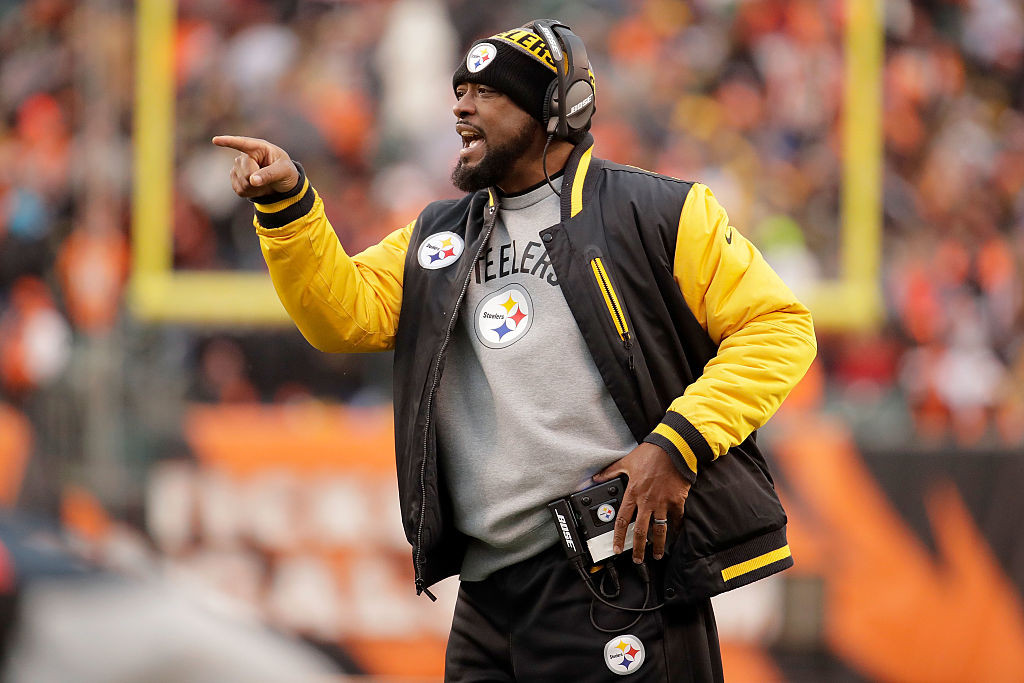 In search of the real Mike Tomlin; by Tom Junod, ESPN

Mike Tomlin is one of the longest tenured head coaches in the NFL and one of the most successful black coaches of all-time. People in the league consider him an open book, but he rarely speaks about himself publicly. Compelling profile here.

The end of normal: Todd Blyleven was a hero during the Las Vegas mass shooting. That was only the beginning; by Yaron Weitzman, The Athletic

This powerful story traces not only Todd Blyleven’s heroism during a mass shooting but also the toll it took on him afterward.

Bomani Jones has a funny joke for you; by Eve Ewing, GQ

The brilliant Eve Ewing slips incisive commentary about race, sports and media into a profile of ESPN’s Bomani Jones.

It’s borderline cliché at this point to build a profile around the subject’s unwillingness to speak on the record, but Sam Borden more than pulls it off thanks to crisp writing, thorough reporting and a willingness to pose poignant questions.