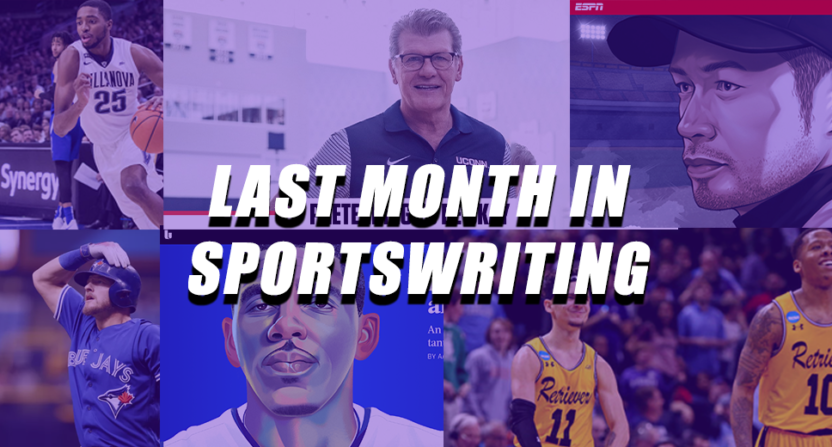 Without further ado, here’s the best in sportswriting from the month of March.

Sportswriter of the month: Wright Thompson

Ask 100 sportswriters to name their favorite sportswriter, and no one will receive more votes than Wright Thompson. Though few people alive can write like Thompson, what really separates the ESPN Magazine feature wizard is his special ability to figure out what makes someone tick. He takes inscrutable subjects (Tiger Woods and Michael Jordan, for example) and offers clear-eyed views into their psyches.

In March, ESPN published three pieces from Thompson, and all were brilliant. There was a piercing profile of Ichiro, for which he traveled to Japan and observed the legendary outfielder’s meticulous routine. And a beautiful dispatch from the funeral of Italian soccer star Davide Astori. And best of all, a truly illuminating piece on the unique position of UConn women’s basketball coach Geno Auriemma.

All in all, it was quite a month for the guy many call the best sportswriter working.

Columns of the month: 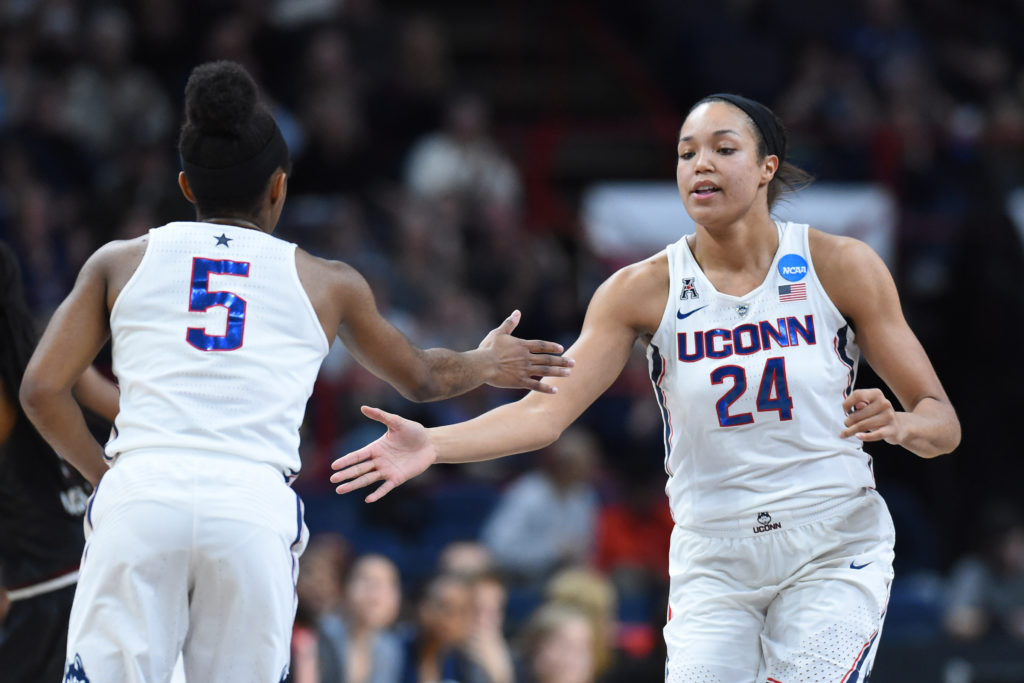 UConn bad for women’s basketball? Not by a long shot; by Natalie Weiner, Bleacher Report

As people who don’t watch women’s basketball shrieked about how UConn’s dominance (well, up to a point) is bad for the sport, Natalie Weiner went out and talked to people actually in the sport. Spoiler alert: They’re not upset!

Help! I married my dreaded baseball rival (a love story); by Daniel Brown, The Mercury News

This is just so darn charming.

This is how to pay college athletes; by Patrick Hruby, Deadspin

Do you think college athletes should be paid, but wonder how exactly that payment would work? This piece provides pretty much all the answers you need.

Kyrie Irving: One and done to No. 1; by Aaron Dodson, The Undefeated

This piece offers a fascinating game-by-game look at Kyrie Irving’s brief but impressive college basketball career, through the eyes of the opponents he dominated. 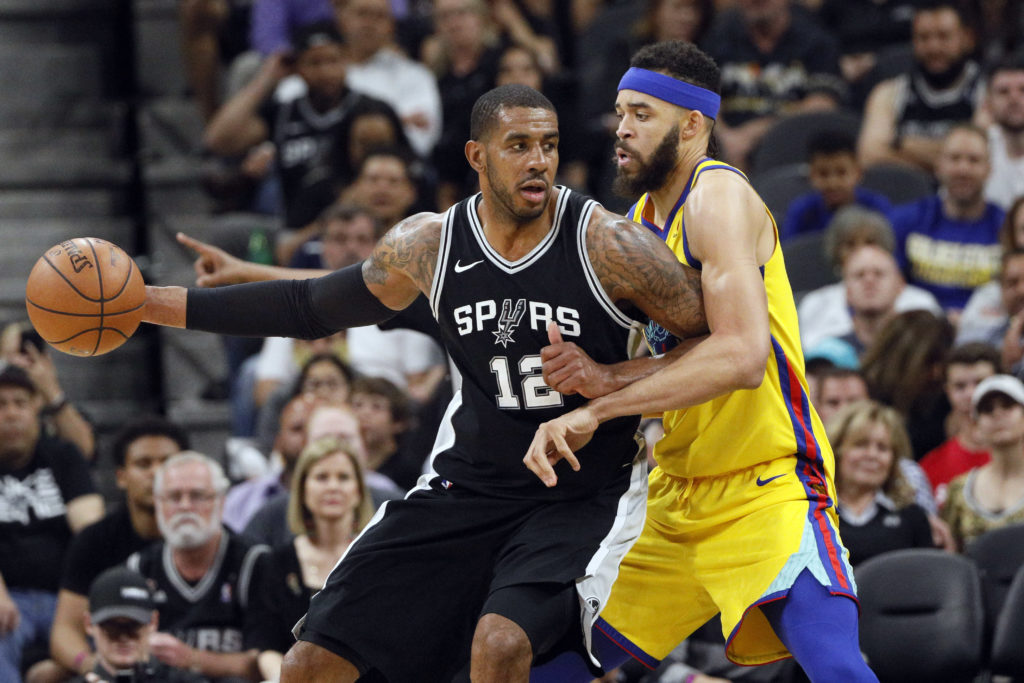 There is probably no NBA star who keep a lower profile than LaMarcus Aldridge. This profile is a rare opportunity to get to know the future Hall of Famer.

An example of why sports and politics can never be fully separated from each other: Conservative maga-donor Charles Koch has invested huge sums in Wichita State basketball and might be using the team to further his agenda.

Tim Lincecum and the weird gremlin of grief; by Levi Weaver, The Athletic

This profile of Tim Lincecum doubles as a meditation on what it’s like living through grief.

How Giancarlo Stanton negotiated his way to the Yankees to create baseball’s scariest lineup; by Ben Reiter, Sports Illustrated

This was a well-reported behind-the-scenes look from multiple angles at how Giancarlo Stanton wound up a Yankee.

Smooth operator: Dwane Casey is still ironing out every wrinkle he can find; by Lee Jenkins, Sports Illustrated

Lee Jenkins’ profile of the Raptors’ Dwane Casey explores the winding career of an NBA Coach of the Year favorite, including how he has pushed back on stereotypes about black coaches.

This is a powerful glimpse at how drugs and suicide have affected a small Indiana town and what role a struggling football team plays there. 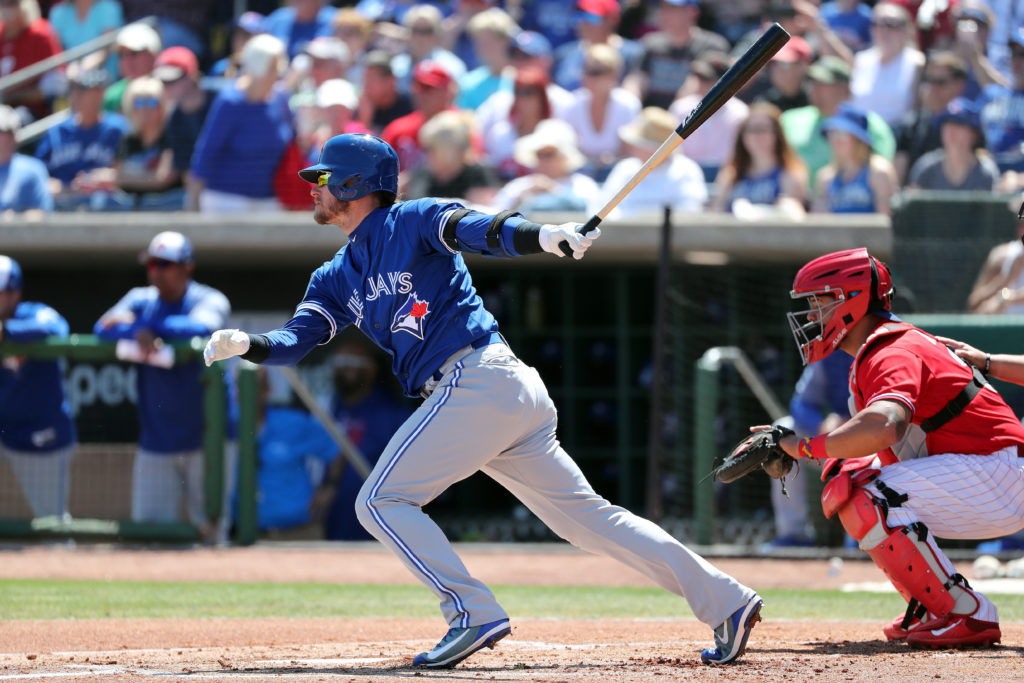 Tom Verducci provides the most comprehensive story to date about what baseball’s vaunted fly-ball revolution looks like and what it means for the sport.

Like mother, like son: Villanova’s Mikal Bridges saw strength every day growing up and had no choice but to follow suit; by Dana O’Neil, The Athletic

Instead of painting Tyneeha Rivers as a supporting actress in her son Mikal Bridges’ basketball career, Dana O’Neill makes her the star of the story in this short profile. Pieces like this one make that Athletic subscription pay off.

You’ll walk away from this profile feeling that, 1. South Carolina women’s basketball coach Dawn Staley is one of the most interesting people in sports. 2. You now really understand what she’s all about. 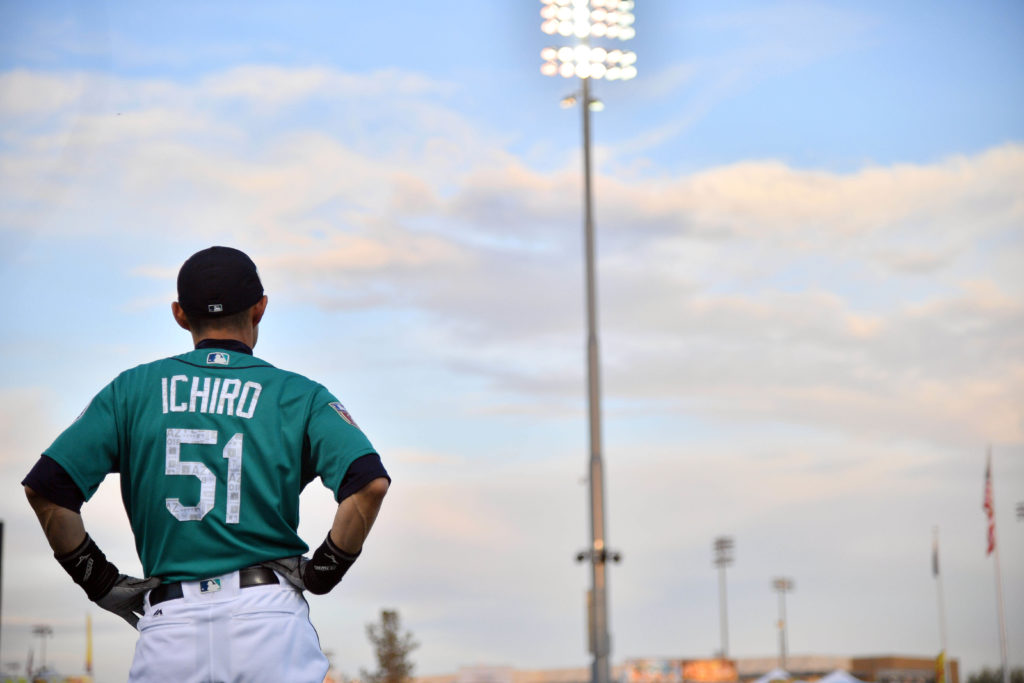 ‘Why not us?’ The story behind UMBC’s upset for the ages; by Brian Hamilton, The Athletic

In the hours after UMBC’s upset of Virginia, Brian Hamilton put together a thorough, engaging look at the multi-year process that culminated in the Retrievers making history. It’s the best piece you’ll read on the 16-seed triumph we’ve all been waiting for.

Thompson went to Japan to create the most intimate portrait of the ever-fascinating Ichiro that you’re likely to find.

Pretending to be okay; by Wright Thompson, ESPN

Geno Auriemma would seem to have as carefree a coaching job as exists in sports, but as this incisive profile shows, it’s not easy to lead a team for whom a single loss — or even a close win — constitutes a massive failure.