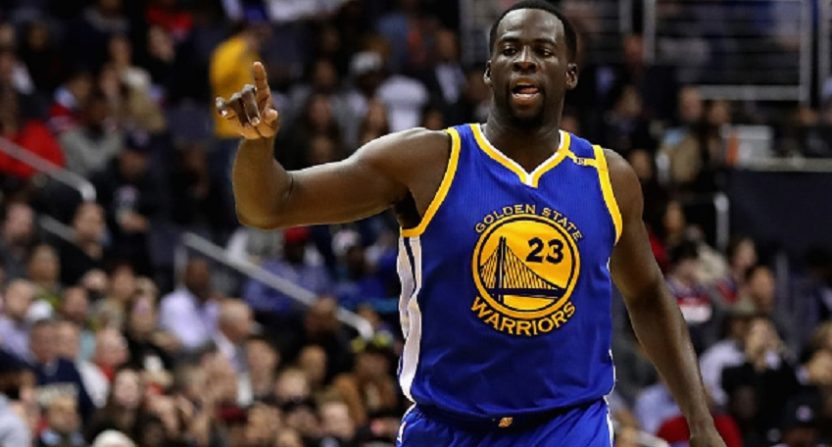 As we’ve seen in recent years, athletes are increasingly cutting out the media middleman by telling their stories on outlets like The Players Tribune and LeBron James’ Uninterrupted. Players presumably don’t have to worry about how a story is framed or quotes could be used to shape a story or fit a narrative, becoming involved more directly in how those accounts are conveyed to the public.

Sites like Uninterrupted also benefit from being run by athletes and their associates, who have relationships with their peers. That might allow opportunity and access from which traditional media outlets might be restricted. Such outlets can also narrow the focus to specific topics, if preferred. The latest example of that is Uninterrupted’s new show, “Kneading Dough,” in which athletes talk about the difficult and disruptive financial decisions that can result from earning millions of dollars at a young age.

The first episode of “Kneading Dough” launched Thursday with James’ business partner Maverick Carter interviewing Golden State Warriors forward Draymond Green about the challenges athletes face with life-changing money and how he, in particular, are looking to invest their money to increase their financial worth. Playing near Silicon Valley (with many executives and entrepreneurs sitting courtside), Green says there’s a competition among Warriors players about finding the right start-up company to invest in and get a huge return.

Green also has his own podcast, titled “Dray Day,” on the Uninterrupted network. But talking money with Carter makes for a compelling conversation. As Forbes’ Kurt Badenhausen points out, Carter has negotiated many endorsement deals for James with companies such as Nike, Coca-Cola and Verizon. No wonder Green was willing to sit down and talk with him about someday becoming a billionaire. Carter has already helped James into that territory.

Professional sports is full of cautionary tales and sad stories of athletes who squandered their millions from foolish spending, poor investments, or being taken advantage of by friends and business associates. Feature articles and documentaries, such as the ESPN 30 for 30 film Broke, have covered such stories in great detail. But as Pablo Torre reported in a recent feature for ESPN The Magazine, James has invested a lot of time, thought and money into his post-playing career, consulting many financial experts as how to manage his money and what sorts of businesses and industries he might want to invest and work in when his basketball days are over.

As if the message wasn’t already clear, “Kneading Dough” is sponsored by Chase. So there likely won’t be any sad financial tales on this show. James and the athletes participating are controlling the message, which is the point of these player-fueled ventures to begin with.