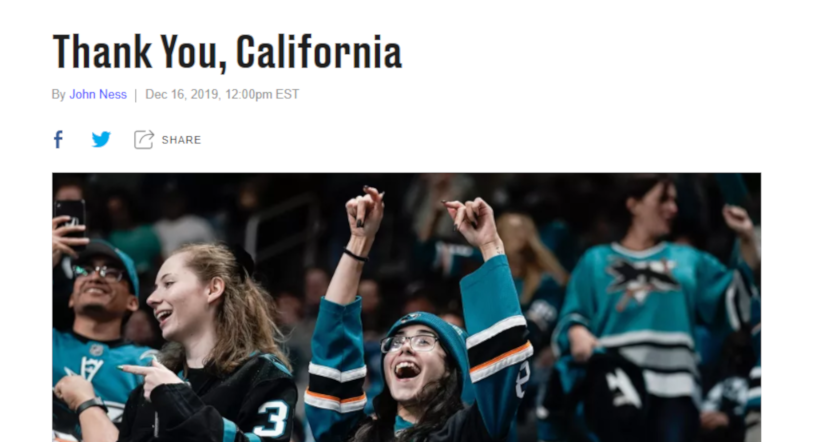 As California’s controversial AB5 law is set to go into effect in 2020, limiting opportunities for freelance journalists in the state. It’s a law theoretically supposed to do the opposite, by forcing companies to put freelancers on staff or create full-time jobs, but in a few high-profile examples so far, that hasn’t been the case.

Vox, for one, announced that all California-based SB Nation contributors would be cut, a move impacting hundreds of freelance writers.

That approach has received a lot of backlash, and it’s notable that the job listings they mention included only five California-focused positions as of Monday afternoon (there are 12 SB Nation positions listed overall, with two of those specifying a NY or DC location). The announcement itself mentions “hundreds of contractors,” so this looks like quite the job loss overall. Oh, but people can stay as “no obligation” (and presumably no pay) “Community Insiders.”

Yesterday, the American Society of Journalists and Authors filed suit in California, releasing a statement in which they point out the various ways that freelance journalists, in particular, are affected by the legislation.

Assembly Bill 5, which takes effect January 1, is full of unfair exemptions and carveouts that disfavor freelance journalists compared to other professions that engage in speech. Journalists are capped at 35 pieces of content per year, and if they exceed that, they must become employees. Journalists who record video instantly lose their ability to work independently. Marketers, grant writers, and graphic designers face no such limit.

“Under the law, a freelancer like me can write 200-plus press releases in a year for a marketing firm, and it’s no problem. But if a newspaper wants me to write a weekly column about local politics, it must put me on staff — a very unlikely prospect — or violate the law. Otherwise I am silenced,” said San Diego freelance writer Randy Dotinga, a board member and former president of ASJA.

That is a valid point; the lawmakers involved are pitching this as a necessary tool to force businesses to end exploitation of contractors, even if it comes at the expense of some displaced current workers. Even the bill’s architect is saying things like this in the wake of Vox’s announcement:

First, this states the company had been contemplating the switch for 2 years. Second, it clearly states that those contracted jobs are being converted to full & part time jobs. I understand a contractor who doesn’t want a job being upset, but that’s certainly not all bad. https://t.co/59aSl9tLKH

(It should be noted that Gonzalez’s reading of the Vox situation is incomplete, at best.)

Pretty much everyone would agree there are many, many ways in which contracted employees are taken advantage of by their employers, and the world of online sports media is filled with examples. The ASJA’s point is that legislation that seeks to remedy the problem should provide similar exemptions for freelance journalists that it provides to other positions; it’s tough to claim some people losing their income is necessary for the greater good when those people are disproportionately from one specific gig economy.

Otherwise, the burden of these bills is going to be immediately passed down from the companies to the workers, who already have as little leverage as possible. There’s no easy solution here, but Vox’s actions feel more like a preview of corporate behavior to come.