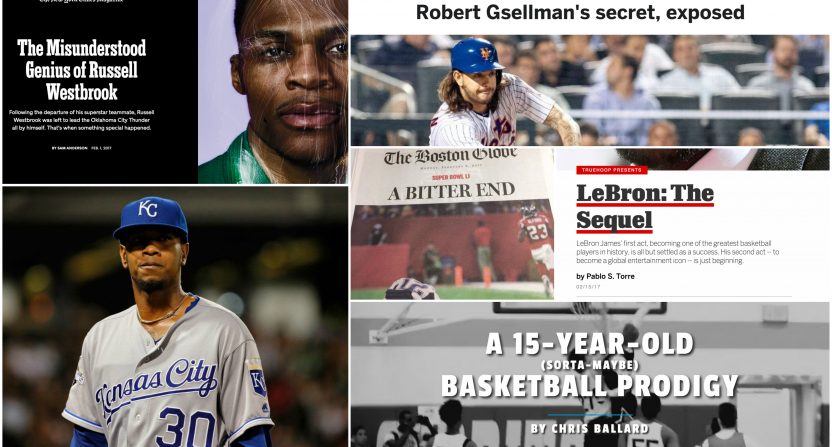 OK, with that out of the way, let’s recap the (very strong) month in sportswriting.

Pablo Torre delivered one of the best pieces of the month, a deep dive on LeBron James and Maverick Carter’s ambitions in the entertainment world, but that’s only part of the reason he earns this (totally super important) award.

Torre has become one of the most dynamic and versatile sports media personalities in America. In addition to being one of ESPN Magazine’s top writers, he appears (entertainingly) on “Around the Horn,” fills in on other shows like “Highly Questionable,” guests on various ESPN Radio shows and tweets with the best of them. In February, he also contributed an insightful NPR commentary about sports and politics.

Add it all up, and he’s sportswriter of the month.

How 10 Facebook comments tell the story of Dexter Fowler, the Cardinals and America in 2017, by Jeff Passan, Yahoo

Many people like to deride comments sections as hateful cesspools that don’t reflect a broader reality. But as Jeff Passan points out here, you can learn a lot from random fans’ Facebook comments about how real people view the world. Even if those worldviews are sometimes very, very ugly.

Not forgotten: For every Super Bowl star, there’s an equally talented player who didn’t make it, by Bill Plaschke, Los Angeles Times

Bill Plaschke set out to write a column about Falcons center Alex Mack but instead stumbled upon an alternate protagonist. In the midst of Super Bowl week, when we celebrate the country’s best athletes, this column provided a refreshing reminder that even great players often don’t make it.

No Labels: Chance the Rapper and Jimmy Butler, by Justin Tinsley, The Undefeated

It can be tough to interview two people at once, particularly when one is a basketball player and the other is a rapper, but Justin Tinsley does a nice job finding commonality between Chance the Rapper and Jimmy Butler.

Is this even a blog post? Or is it too brilliant and beautiful for that lowly description? No matter. Sam Miller is a genius. 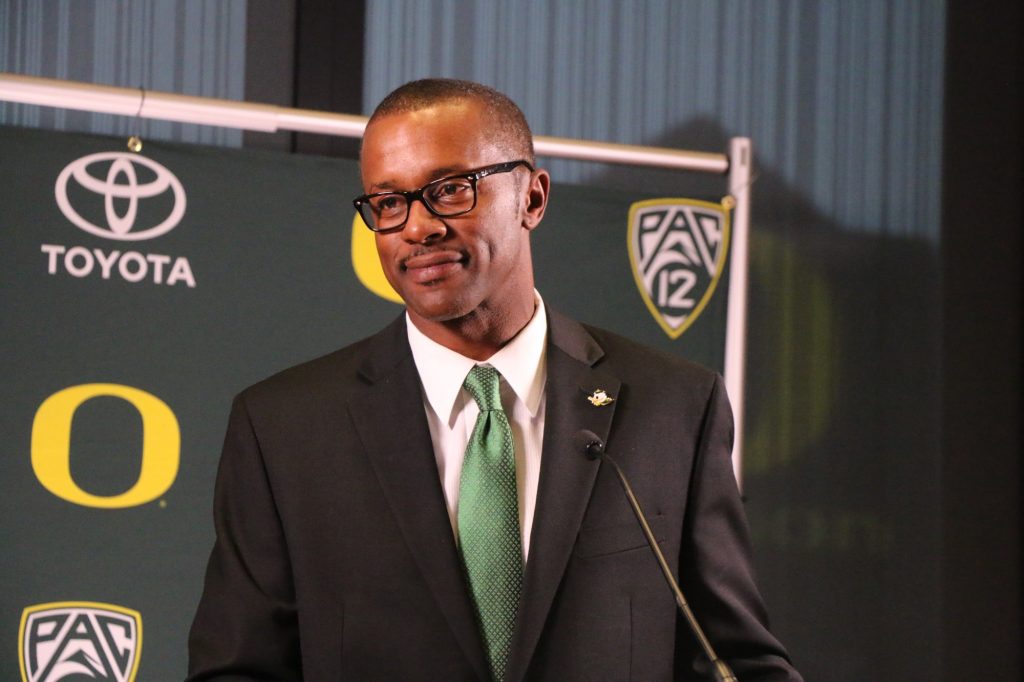 – Bill Simmons says The Ringer is profitable and will soon move off Medium.

– Former New York Post sports columnist Bart Hubbuch is suing the paper after being fired for an anti-Donald Trump tweet.

– ESPN writers Don Van Natta Jr. and Seth Wickersham are coming out with an investigative book about Roger Goodell and the modern NFL, and it sounds juicy.

– Sports Illustrated will produce seven fewer issues in 2017, bringing their yearly output down to 35.

– A writer at the SB Nation Broncos site was caught plagiarizing and fired. So was a FanSided writer covering Virginia Tech sports.

– Lisa Wilson, one of the only black female sports editors at a U.S. metro daily, has joined ESPN.

– Oregon coach Willie Taggart refused to speak to a beat reporter after disliking a story the writer published.

– Time Inc. hopes to be sold (in its entirety) by next week.

There are hundreds of baseball journeymen, but only one Cody Decker, by Tim Brown, Yahoo

The best writers are the ones who can take a subject that on its face isn’t all that exciting or noteworthy and make you care deeply about it. Well, Tim Brown is definitely one of the best writers.

The best writers can also take something very noteworthy (in this case LeBron James and his business partners) and put an insightful spin on it. Pablo Torre got some incredible access in this piece, and he certainly didn’t waste it.

This profile of Noah Syndergaard takes a highly creative angle: Syndergaard’s progression from the kid in a super dorky yearbook picture to the fearsome MLB ace he is today.

I was interested to learn about a national pay-to-play women’s football league I knew nothing about and gripped by the stories of the women who populate it.

This is good old-fashioned investigative reporting, exposing yet another example of a major-conference athletic program’s indifference about violence toward women.

12,000 a year: A minor-leaguer takes his fight for fair pay public, by Ted Berg, FTW

This technically came out in January but too late to make it into last month’s roundup. It’s a thorough look at an under-reported issue that sports fans should pay greater attention to.

This is a fun piece about a forgotten piece of basketball history: the one-on-one game between Magic Johnson and Michael Jordan that came so tantalizingly close to happening.

This is newspaper reporting at its best. Two Kansas City Star sportswriters went to the Dominican Republic to learn about late Royals pitcher Yordano Ventura’s life and discovered a tragic narrative of a life coming unwound.

For an Uber driver, the Super Bowl arrives two nights early, by Tim Rohan, The MMQB

This was a brilliant idea, executed in away that was not only entertaining but also surprisingly touching.

This piece was clearly written for a broader audience than most profiles of NBA players, and that scope allowed Sam Anderson to explore Russell Westbrook with language and perspective you don’t typically see. Brilliant descriptions, astute observations and illuminating access make for a really entertaining read.

The teenage basketball prodigy has always been part of the popular imagination, but rarely has one of them been brought to life as vividly as here. Chris Ballard focuses on not only Nico Mannion’s basketball potential but also, more interestingly, his life as a high school student in the age of viral videos and YouTube fame, not to mention Instagram and Snap Chat.

1. A season under the gun, by Rick Telander, Chicago Sun-Times

Rick Telander spent three months closely following the Orr High School basketball team on the West Side of Chicago, examining how gun violence in the city affects them day to day. What makes this story so powerful, besides the inherent high stakes, is how invested Telander clearly is in the players, the team and the city. As far as sportswriting goes, the subject matter doesn’t get much headier, and the storytelling doesn’t get much better.