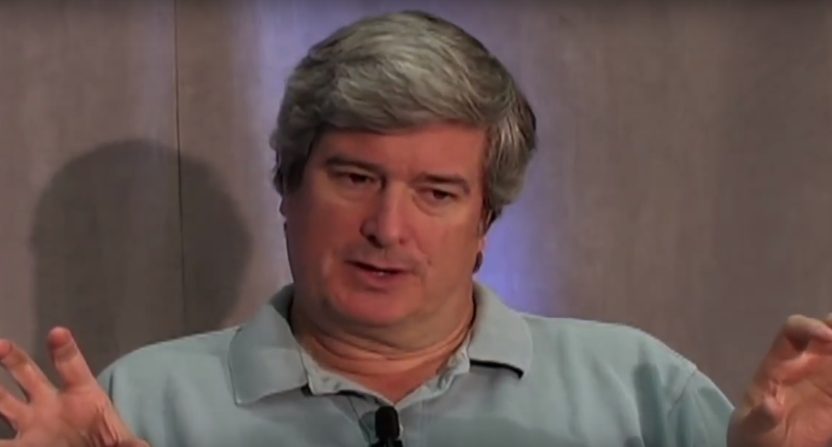 The latest drama in private equity firm Great Hill Partners’ April purchase of the former Gawker Media sites and the former Onion sites has now seen the GMG Union (a union representing the workers at the former Gawker sites) deliver a strong vote of no confidence in controversial G/O Media CEO Jim Spanfeller, and ask for owners Great Hill Partners to replace him. This comes after Spanfeller (seen above in 2010) declared Friday that he was moving “Deadspin” (currently just the Deadspin.com URL, following the staff’s mass resignations in the wake of the firing of deputy editor Barry Petchesky) to Chicago in an attempt to relaunch it under The Onion’s brand and union (rather than the New York-based GMG Union), in a letter which also saw him demand that GMG Union employees “not engage in further content directed towards job applicants” (notable considering how freelancer Alan Goldsher’s tenure with Deadspin lasted less than an hour following widespread internet shaming).

On Monday, the GMG Union released this statement:

A statement about our vote of no confidence: pic.twitter.com/zBun2OJvRe

Unions certainly don’t always have the ability to determine who’s going to run their company, but in this particular case, there may be some reason for Great Hill Partners to pay attention to the complaints here. As a private equity firm, they’re presumably primarily focused on the financial return of those properties, and to date, it doesn’t seem that Spanfeller has been helpful there.

Yes, the company has claimed to be profitable for two straight quarters, but they’ve taken a huge traffic loss at Deadspin in the wake of those resignations. Spanfeller has figured prominently in two lawsuits filed against G/O Media, and departing workers at other sites (including two at Kotaku) have blasted Spanfeller on their way out. And Spanfeller’s history certainly isn’t all that impressive; his past credentials include Playboy, Yahoo! Internet Life, Forbes.com, and The Daily Meal, but all of those can be questioned. At this point, it definitely feels like it might be worthwhile for him to move on elsewhere (as former G/O Media editorial director Paul Maidment did), and for G/O Media to appoint a replacement that such an overwhelming majority of their union doesn’t hate.

But at the same time, what unions want isn’t always how corporations act. And maybe Great Hill Partners sees more benefits to Spanfeller’s tenure than are apparent from the outside, and maybe there’s some reason why they want to keep him. But it’s certainly interesting to see the union move into a vote of no confidence against him, though, and to see that vote turn out so overwhelmingly against Spanfeller. We’ll see where that goes from here.