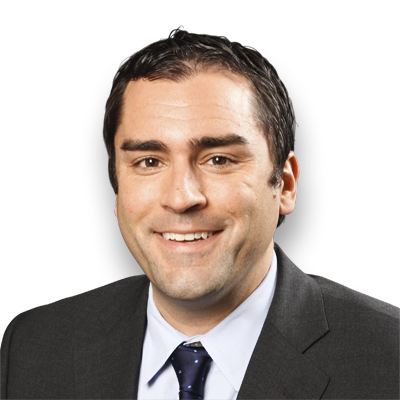 Former Sports Illustrated writer Pete Thamel announced Tuesday he had been hired by Yahoo Sports, continuing a recent upheaval in the world of college sports media.

Some personal news: Thrilled to announce I'm joining the staff at @YahooSports to cover college sports. Thanks to @sinow for 5 great years.

Every corner of the sportswriting world has been shaken up to some extent or another by the cascade of layoffs in recent months, but perhaps nowhere has the turnover been more stark than in college sports.

In April, ESPN let go of numerous college sports writers, including big names like Brett McMurphy and Dana O’Neil, as part of their mass layoffs. In May, Sports Illustrated laid off five staffers, at least three of whom specialized in college sports. And in June, Fox Sports ended its online editorial operation, leaving college football reporter Bruce Feldman among the most prominent names without a place to write.

Now, Feldman is onboard at SI, Davis and Stewart Mandel are reportedly headed to The Athletic and Thamel, who had worked for SI since 2012, is jumping to Yahoo.

The big takeaway here is that Yahoo is committing fully to college sports. The site let ace NBA reporter Adrian Wojnarowski walk and dismantled its NBA and NHL blogs but kept Pat Forde and Dan Wetzel around and is now adding Thamel. Someone at Yahoo seems to have calculated that college sports content would bring back better returns than professional sports content.

Someone at SI seems to have come to the opposite conclusion, though it’s a bit harder to parse their game plan as far as college sports go. Having laid of Davis, Lindsay Schnell and Brian Hamilton and allowed Thamel to defect, it would seem that SI is punting on NCAA coverage. On the other hand, they lured Feldman, suggesting they plan to remain active in the college sports arena, maybe focusing on breaking news and opinion over features.

The big missing variable as we try to figure out everyone’s intention is money. We don’t know what salaries all these writers command, and it’s totally possible that SI felt Feldman was a better investment than the college sports writers they had, based on his skillset and his asking price, and that their recent changes are purely financial.

There are some dominos yet to fall, with McMurphy, O’Neil, Hamilton, Schnell and others still unemployed. Maybe as some of those writers (hopefully) get scooped up, we’ll glean some more insight into what college sports coverage will look like in the near future.