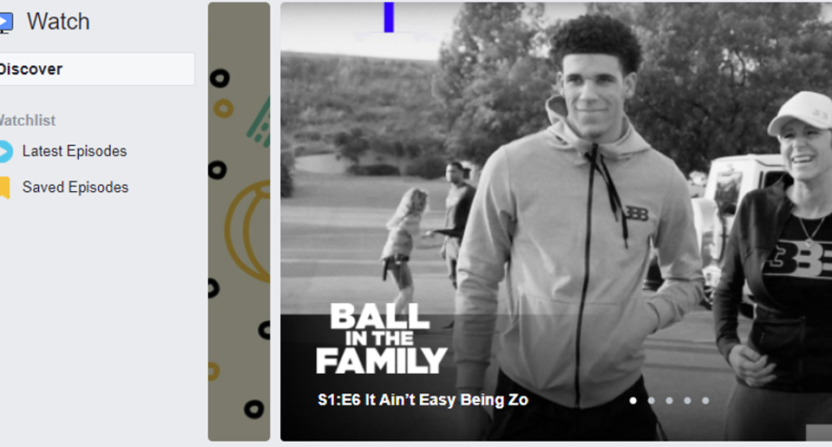 An important element of sports pivots to video is how video’s perceived as a format that can make publishers money on platforms beyond their own site, and Facebook is one of the most crucial outlets there. Facebook’s new Watch tab has seen the company commission platform-exclusive programming from outside media companies in six key genres, including sports, and many big publishers are involved.  But a new Digiday report from Sahil Patel suggests it’s not going as well as many publishers hoped.

So sports publishers are definitely embracing the platform (and embracing being paid by Facebook to create content for them), and Facebook has been confident that they can monetize this content, especially with their new mid-roll ads format where ads play after 20 seconds of video, rather than at the start (as many other sites do) or at the end (as Facebook previously did). But Patel talked to five prominent publishers (he didn’t specify what genre they’re involved in, but said they all “generate hundreds of millions of views per month on Facebook.) who said they’re not getting much revenue in terms of CPM (cost per thousand impressions) from those mid-roll ads so far:

Five publishers participating in Facebook’s mid-roll ads test, which began in March, said the product isn’t generating much money. One publisher said its Facebook-monetized videos had an average CPM of 15 cents. A second publisher, which calculated ad rates based on video views that lasted long enough to reach the ad break, said the average CPM for its mid-rolls is 75 cents. (Facebook’s mid-roll ads don’t show up inside videos in the first 20 seconds, which means many three-second video views aren’t “monetized views.”)

A third publisher made roughly $500 from more than 20 million total video views on that page in September.* (This publisher had not calculated its CPM, as its total video view count includes videos that were not monetized by Facebook mid-rolls.) A fourth publisher confirmed revenue was low without giving specifics. (A fifth publisher, when asked about its Facebook mid-roll CPMs, responded by texting lyrics to Flo Rida’s “Low.”)

Apart from the genius nature of texting Flo Rida lyrics in response to this question, there’s a lot that’s concerning here for sports publishers. For one thing, there isn’t much money coming in. And Patel’s piece notes that under licensing deals, the publishers don’t get anything beyond their upfront payment from Facebook until the site recoups its costs; Facebook then keeps 45 cents on the dollar afterwards. So while publishers still get paid their licensing fees in the first place, poorly-performing videos aren’t going to create any extra ad revenue for them. But beyond that, it’s perhaps even more worrying that a lot of this is because people aren’t watching long enough to get to the ads:

“They are paying literal pennies in CPMs,” said the first publishing source. “They are only paying if a view gets to the 20-second mark and the user consumes the ad. But if Facebook is counting views at 3 seconds, the majority of the views are not going to quality. If you got a million views on a piece of content, maybe 100,000 of them would actually get to the mid-roll.”

That may be particularly exacerbated on Facebook thanks to the easily-scrollable nature of the news feed (a lot of “views” aren’t actually from anyone paying attention to a video, just from scrolling past it), but it’s a problem that’s shown up with websites’ pivots to video too. FoxSports.com reportedly lost 88 per cent of its traffic with its pivot to video, and Vocativ, Mic and Vice have also seen steep declines, with those companies all seeing at least a 60 per cent decline in monthly unique users post-pivot.  There are a lot of people out there who were previously interested in those sites’ written content, but aren’t interested in the videos they’re now creating. And that seems likely to be the case with these Facebook numbers too; while people may register a “view” by not scrolling away before three seconds, if they’re not sticking it out for 20 seconds, they’re not too interested in the content.

The other thing to note is that so far, some of the transitions into mid-roll ads have been extremely awkward. Sometimes ads show up right in the middle of a sentence. Now, it’s worth noting that this is still a test project, and that’s something that can be improved over time, with Facebook providing clear guidelines on where exactly the ad break will come and publishers inserting more natural segues into the commercial. But that’s likely turning some people off these Facebook videos as well.

Of course, it’s not all doom and gloom. A sixth publisher told Patel that while they’d seen a “significant dip” a few months ago around the time when Facebook extended mid-roll ads to more publishers, “it seems to be correcting in a positive direction,” over the last month. And a lot of this project is still in the early stages, and there may be extra ad tools added, or other ways found to improve the viewing and monetization experience. Patel has also previously reported that already-giant publishers seem to be doing okay under this system. And at the very least, Facebook is paying companies an upfront licensing fee for these shows, so there’s less initial investment for them than if they were just creating content for their own website.

So, the idea of a lot of sports programming heading to Facebook Watch is far from dead. But it’s notable that this hasn’t yet proved to be the cash cow many publishers were hoping for. And it brings up some thoughts on how some companies (Bleacher Report in particular) are only half-embracing this concept and have publicly aired some criticisms of Facebook. This data provides a different look at the sports content ecosystem, and perhaps indicates that not as much of it may wind up as Facebook exclusives as some had previously suggested.