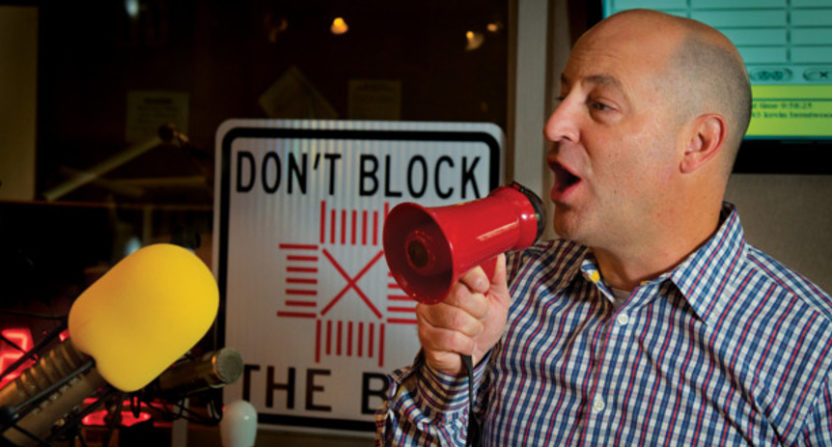 There’s been a huge push towards digital subscription sites in sports journalism recently, including Dejan Kovacevic’s DK Pittsburgh Sports, Greg Bedard’s Boston Sports Journal and The Athletic’s various expansions. The latest along those lines is from Paul Kuharsky, who spent the last two decades covering the Tennessee Titans, first for the Nashville-based Tennessean and then for ESPN, but was caught up in the ESPN layoffs this April.

Kuharsky still has his job as a host of the midday show on Nashville sports station 104.5-FM The Zone, but he was looking for a place to continue to write about the Titans. He told Steve Cavendish of Nashville Scene that he explored some other opportunities, and even had conversations with The Athletic, but eventually decided to launch paulkuharsky.com on his own:

What went into the decision to launch paulkuharsky.com? I mean, you had some runway at the end of your ESPN contract. You knew that this was coming?

Yes. I mean, I had got notified in April that I’d be done in July, so I had a lot of time to consider what was going to be next, and my first inkling was, I come out of the era where you go find another job. I talked to some people in some stuff, but it wasn’t long before Fox Sports laid off their people, and it was clear that jobs weren’t cropping up, and to get in somewhere existing would be difficult. I had the benefit of being on The Midday 180 [on 104.5 FM], so I had a full-time job with benefits. I don’t know, I just was thinking that there’s a void covering the Titans without me in the mix. I heard from so many people saying, “I hope you’re still out there, I want to hear you asking the tough questions. I like your perspective, I think it’s different than anybody else can offer.”

…Who did you look at model-wise for this? I mean, because there’s a couple people — what’s the Pittsburgh guy, Dejan Kovacevic?

Yeah, I looked at [Kovacevic’s site] DK [Pittsburgh] Sports, I obviously was aware of what [Greg] Bedard was doing in Boston, and you know I like what The Athletic is doing. I had a very good conversation with them early, and then that kind of fizzled, and I understand why, based on all the hiring they’ve been doing of national guys and in the markets that they’re focused on. My model was a little bit like their model, though I’m selling a little bit more me, a little bit more personality. Listen, you used to subscribe to your local newspaper, you probably have a Tennessean subscription, but for the $6 I’m asking or the $6 The Athletic is asking, you’re going to get stuff that’s well beyond what’s available to you in free places.

Unlike many of those other projects, Kuharsky isn’t going for a multi-writer site or something that’s going to exhaustively cover all local sports. He’s doing something that will emphasize his voice, making his project perhaps more akin to NASCAR writer Jeff Gluck’s. And although Gluck’s site is free to read but funded by Patreon supporters, while Kuharsky’s is subscription-only, Kuharsky has a similar high-level rewards setup, selling some $100/month levels for those who want to occasionally play golf with him, text with him about Titans’ news and so on. That level (limited to 22 people) sold out in two days, but he’s still offering regular subscriptions for $5.99 a month or 12 months for the price of 11.

Cavendish’s whole interview with Kuharsky is worth a read, as it touches on plenty of interesting subjects. He discusses the benefits of being a local radio personality to something like this, as it allows him to cross-promote both ways (he can mention what he’s recently written on his show, and can put on the site that he’s going to discuss something more on-air). He also discusses how beat reporting has evolved, and how he’s going to focus on using his experience and access to present more in-depth looks at certain aspects of the Titans rather than just nuts-and-bolts injury updates, plus offer his own thoughts and takes. (There’s a notable discussion in there about authentic takes, too; he criticizes Stephen A. Smith and Skip Bayless for their lack of authenticity.) And he mentions that he’ll occasionally cover other Nashville-focused sports, such as Vanderbilt or the Predators. But maybe the most fascinating part from a media side comes from his comments about how his ESPN job limited what he could say about other media coverage of the Titans.

I’m completely independent. I mean, working for the team station has no bearing on anything. If the Titans have ever had an objection to something that’s come out of The Zone, who’s their broadcast partner, it’s never reached me. Believe me, I have plenty of issues with the Titans, but I have relationships with people over there where I have had to have conversations — “I disagree with what you wrote,” or, “I think you’re unfair with what you wrote about X.” If I write something negative about a guy, he can expect to see me in the locker room very soon after that, and if he wants to talk it through or tell me why I’m a jerk or yell at me, that’s all part of the job.

The thing that held me back to any degree over the last nine years was ESPN. I mean, you know there’s just certain things understandably that they didn’t want you to do or to say. I wasn’t allowed to be a media critic at ESPN, so I couldn’t tell you that I thought The Tennessean was terrible. I could say it on the radio occasionally, but I certainly couldn’t include it in what I wrote. Or I couldn’t have the Twitter fight that I had with Jason La Canfora. I’m unleashed on stuff like that now.

That’s certainly an advantage of running your own site; there’s no one telling you what you can and can’t include in your pieces. And critical commentary on other media coverage of the team may be a selling point for this site; not many local outlets touch extensively on what competitors are reporting, but there’s often fan interest in that.

Kuharsky’s years covering the Titans, plus the many who have followed his perspectives on both ESPN and The Zone, also gives him a definite edge in launching this. We’ll see how it works out for him, but this is an interesting experiment, and one with some notable differences to projects like The Athletic. It’s Kuharsky taking this digital challenge on himself, and while he may have some advantages compared to others (the decades covering one team and building a fanbase, the high-profile ESPN job, the continuing local radio job), his model could perhaps work elsewhere as well.