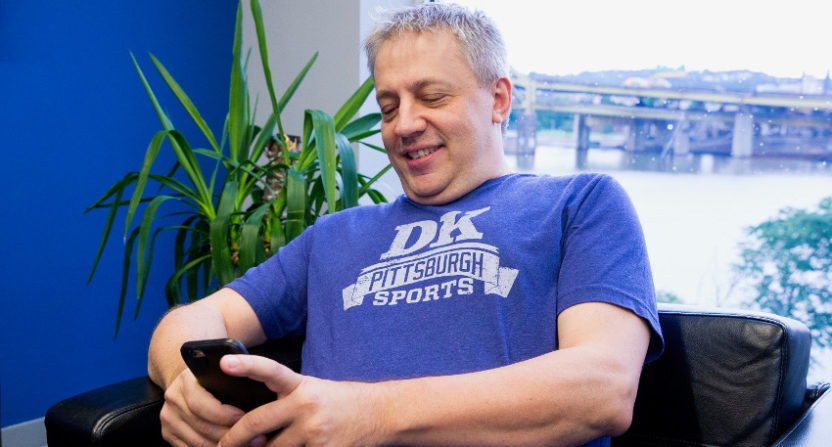 There’s been a lot of discussion lately about local subscription sports journalism with The Athletic’s expansion and the launch of Greg Bedard’s Boston Sports Journal. That latter site is modeled after Dejan Kovacevic’s independent site DK Pittsburgh Sports, which celebrated its third anniversary Sunday, and Bedard consulted with Kovacevic ahead of the launch of his own site (with Kovacevic also selling him a license for their platform). Around that anniversary, Kovacevic spoke to Awful Announcing via e-mail this week about his site’s history, their current plans and their future, including how this only came to be thanks to a commenting system change at his former paper.

“In the summer of 2014, I was in my fourth year as a columnist at the Pittsburgh Tribune-Review—which has since left Pittsburgh—and had continued to build the online following I’d started at the Pittsburgh Post-Gazette way back in 1999 with a would-now-look-really-crude weekly feature called Penguins Q&A,” he said. “Even though almost all of the focus at both places was — and remains — on print, I took special pride in the direct connection with readers that began with that feature and morphed into a whole lot of other facets like blogs, social media, etc. It always seemed more important, even at the outset. It felt more rewarding, for sure. I got to know these readers, some just through their names or opinions, some in person, some eventually as real friends. That endured through all of my two decades at newspapers.”

“But in that summer of 2014, at the Trib, a former photographer with no web experience of any kind who was put in charge of web properties, decided he wanted to switch the commenting platform to the standard Facebook plugin. That was going to destroy the community I’d built up over all that time. They weren’t about to switch to Facebook, which requires actual names, and they’d made that clear. I went to the editor in chief, and he allowed for only my platform to stay the same. I went on vacation in early June and, within two days, saw that my platform was changed to Facebook. I knew I’d never set foot back in that building. I told my wife that. I wasn’t going back there. Or to any newspaper.”

He said he was convinced the time was right to abandon newspapers, despite his lucrative salary from the Tribune-Review and despite his wife’s initial objections.

“I was making $102,000 in salary, including some internal online radio,” Kovacevic said. “I was looking at giving up health insurance for a family of four, as well, in addition to having two young children with college in their near future. This was after midnight one night, after the kids had gone to bed. My wife was crying. She knew I was serious and that, when I made up my mind, I don’t go backward. So she only saw what any intelligent, rational person would see in that equation: A madman.”

Kovacevic said he initially argued with his wife about this, but he was sure it was the right time to leave the newspaper business.

“We went at it pretty good that night, I’m not going to lie,” he said. “It was rough. But when I told her what had happened, as well as what I’d been thinking about for 4-5 months in the background — starting something like this site — things started to settle. I also shared that I was tired of that feeling that newspaper people across the continent now have that, no matter how hard we work, no matter how well we perform, the business keeps moving in the same direction. Down, down, down. Drip, drip, drip. I didn’t feel like a failure individually, but I did in the industry sense. It was debilitating at times.”

However, it was the business model he proposed that proved more convincing.

“That didn’t win her over, either,” he said. “What did—kind of—was when we started working into the hard math. How would an independent venture succeed? Who would build the site and run it? How could I report on everything by myself and expect people to pay for one guy? So we came up with a number: $200,000. That’s what we agreed we’d need to take in total revenue each year for the venture to succeed. And somehow, she, at least for the moment saw that as rational, because we then — almost instantly — came up with our original subscription rates: $4 monthly, $24 annually. (A major sponsor later suggested three years at $54, and we’re eternally grateful he did because that was huge for early cash flow.)”

“From there, figuring that the average subscriber would pay roughly $20 per year, we came up with a goal of 10,000 subscribers within the first year. How many people read my stuff each day at the paper? That depended on the subject and quality, of course, but it was consistently in the 15,000-25,000 range. So, 10,000 out of that? Sure, the thinking was flawed on a lot of levels, but we went for it based off those numbers in the middle of the night.”

“Four days later, I resigned from the paper, never having set foot in there again. I announced on Twitter at 9:05 a.m. that I was leaving to start my own thing. I had 42,000 followers at the time. We launched at 10 p.m. that night. By the end of the following day, we had $28,000 in subscription revenue. My wife had begun to arrange for a $100,000 loan from PNC Bank, but we canceled it the next day. The readers rendered it moot. Within eight months, we achieved our 10,000th subscription sold.” 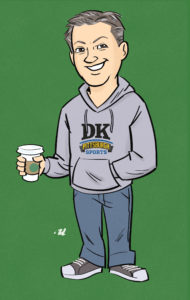 Kovacevic said the hardest part of building his own site was actually getting a tech interface and a subscription platform that worked, though.

“It was the tech. This will sound crazy until you confirm it, but there’s simply no platform available for a media site anywhere. There are blogs and magazines and things that purport to be news displays, but there was nothing resembling the combination we needed for news, features and, above all, the commerce platform for subscriptions. Two years of tech hell later, we finally found a platform thanks to a passionate reader in Tampa, Mark Little, with a background in programming. Then, we found a development company in Pittsburgh, Build In Motion, that took everything to the pro level, including a state-of-the-art, wholly custom app.”

“To this day, it’s a Frankenstein creation, blending all kinds of tech, but it works beautifully. Even the commerce, which is custom from scratch, is working, and that was the hardest facet by far. There’s only one outfit anywhere that does subscriptions at the level that we were seeking, called TinyPass, and they wanted $10,000 a year just to license it. That was way over our heads. So we made our own and suffered and suffered until finally getting it right.”

He said the site’s focus began with hockey, and it really took on a new level when they were able to hire Tribune-Review Penguins writer Josh Yohe. As subscriptions kept growing, they were able to add more and more writers.

“We started with hockey, which is a must in Pittsburgh, where the Penguins are now the undisputed kings of the younger generation. Josh Yohe was hired away from the Trib on May 4, 2015. That’s when our subscription level took off more than at any point in the venture, in part because of respect for Josh, in part because of the Penguins but also, I think, because we were now a real company. Not just some guy who’d gone loopy and walked off the job. We gradually added people, even as I stuck with columns covering all sports, pro and college. We started traveling more extensively and, by the end of 2015, we were going pretty much everywhere to every game or event.”

“Just typing this, I’m feeling surprise right now at how quickly all of that happened. None of it was planned or expected. None of it. I’d have taken those 10,000 subscribers and been happy for the rest of my life. But the more they came, the more we wanted to add. We wanted full-time beat writers on Steelers and Pirates, Pitt and even Penn State three hours away. We kept adding, and the subscriptions kept coming. Penn State really stood out for me because hiring someone as reputed as Audrey Snyder immediately brought an influx of fans from the central part of the state. Our footprint grew, and now attracted fans of the Penguins and Steelers from that way, too.”