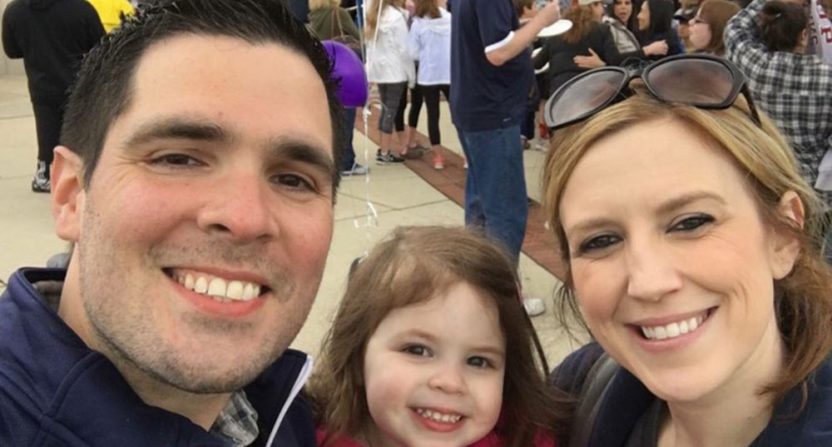 One of the longstanding voices in online sportswriting is gone. Chris Chase, who passed away at 37 Wednesday, worked at Yahoo from the 2008 Olympics through early 2013 before leaving to become one of the founding members of USA Today’s For The Win, and worked for them before heading to Fox Sports. He was caught up in the Fox Sports digital layoffs in June 2017, but returned to USA Today after that. Here’s more on Chase from an obituary from Mike Fosss (previously the cofounder of FTW and VP of news properties at Fox Sports, he’s now the senior director of digital and social production for ESPN) that was posted at FTW:

USA TODAY Sports columnist Chris Chase passed away this morning. He was 37.

A longtime Maryland resident, Chase was a swim coach at his alma mater Winston Churchill High School and a school teacher before beginning his career in journalism. He covered the 2008 Summer Olympics for Yahoo!, providing an unrivaled blend of analysis and wit that would become a trademark in his writing for the next decade.

Chase was a founding member of For The Win, where he was responsible for approximately half the lists ever written on the site. There were few topics Chase would back down from, and his encyclopedic knowledge became indispensable to his colleagues.

…While readers may have gotten a visceral reaction to some of his words, fellow writers and editors admired him deeply for his tireless work ethic, his fearlessness in making an argument, and the care he showed to his co-workers.

He could be acerbic on the page, but there were few people more loving in person. He was happy to toss off an angry reader with a caustic remark, but he was a man who loved his wife, daughter, family, and friends fiercely.

A GoFundMe has been set up by Matt Ryan (formerly director of audience development at Yahoo, currently senior director of digital strategy at USA Today Sports Media Group) to help Chase’s family, and has raised nearly $4,000 pf its $25,000 goal in a few hours. Here’s what Ryan wrote on that page:

Chris Chase left this world way too soon. Words cannot express how much we all miss him. Anyone who knew Chris, anyone who worked with him, or read his work knows he was never short on words. Chris was one of the most creative and brightest minds in the sports media world and the most tireless worker I’ve ever seen. He was always so positive — unless it came to the Redskins. But mostly, he was a great person with a kind heart and a great friend and family man. I am proud to have known him over the years and help spread his voice to the masses. Please help me raise this money on behalf of his beautiful wife Alison and their amazing young daughter Anna.

And here are some of the many tributes to Chase from colleagues:

Really sad news today: Chris Chase was sports blog OG and an important part of the @YahooSports blog glory days. Keeping his wife and young daughter in my thoughts. https://t.co/PTQT3WhRQO

Chris was my partner at Fourth Place Medal. We worked on everything together. We got to the point where we wouldn't even have to talk about who was picking up each story during the Olympics because we knew each other that well.

I was in a bar in Door County when I found out he was leaving Yahoo, that our partnership was over. I cried that day. I'm crying a hell of a lot more today.

Chris, you were my brother and my friend, and I don't know how I'll get through an Olympics without you.

Didn’t expect to write for @ForTheWin ever again. And given the circumstances, I’m devastated I had to. Love you Chris. https://t.co/llAg4gUFGa

Worked with Chris at Shutdown Corner and here at the Wire. He was a rock star and a great, compassionate guy. We are heartbroken. https://t.co/KJWiipTAOo

There are few people in this world smarter, kinder, more enthusiastic about being a dad or who would stay up later fighting with internet trolls to defend his co-workers than Chris Chase. The world lost a great one this week. https://t.co/9YTTxABEHF

Chris was one of the best people I ever knew.

He could enrage people with his takes, but for those he cared about, there was no one more loving and loyal. Especially to Alison and Anna, both of whom he worshipped.

I will miss talking Dylan with him, and football, and life. RIP. https://t.co/F6Qq1wMDyO

This sucks. The world is worse for the loss of @FireChrisChase. https://t.co/uWRF2nYaUs

From this corner, Chris was a highly-valued colleague when we both were at Yahoo, always appreciated for his depth of knowledge on everything from the Olympics to the NFL to tennis and more. He was always extremely generous with his time and feedback, and that continued even after we weren’t at the same company. He’ll be missed, and our thoughts go out to his family and friends. The GoFundMe to help support his family is here.