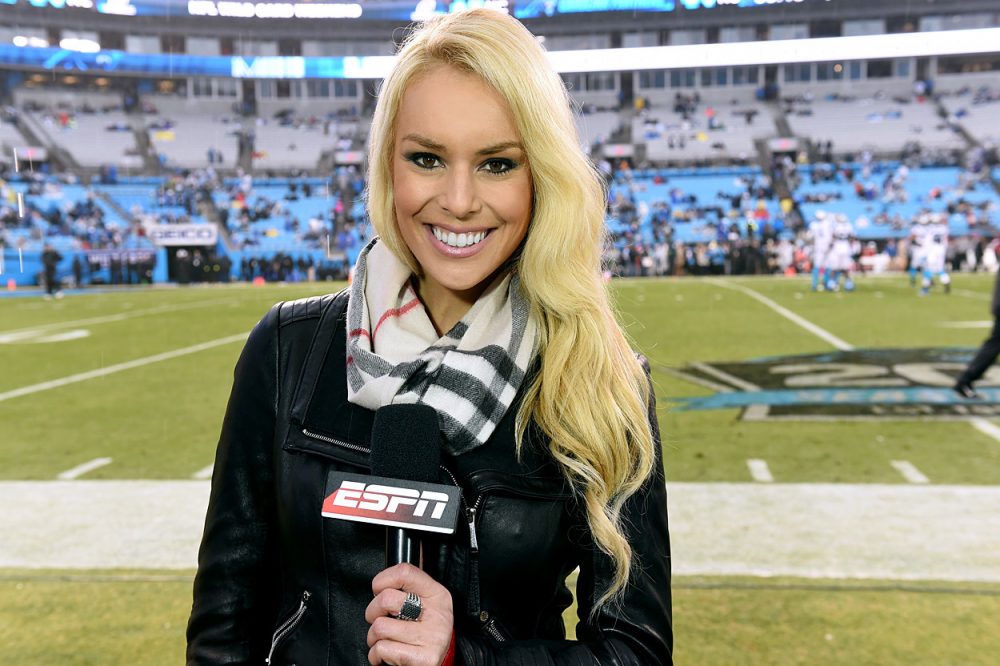 Former ESPN reporter Britt McHenry and former MLB reporter and current chef Jen Royle do not like each other. This was evident by a Twitter feud that turned ugly Saturday afternoon.

In a series of now-deleted tweets, McHenry – who’s in the midst of an awakening as a vocal Conservative voice – and Royle beefed over comments from the latter not owning a restaurant. It’s hard to pinpoint exactly what McHenry said to Royle (since McHenry erased a ton of Tweets) but whatever it was, it set off Royle last night through this afternoon.

I don't have a restaurant. Idiot. And please don't come to Boston. Thanks. https://t.co/AelKNefPXp

@Jen_Royle Tried looking it up on google but didn't find it. Would love to support once it comes to fruition!

Royle got heated, calling out McHenry for not having a job while insulting her hair color. She also called the former ESPNer a “cunt,” in a now deleted tweet. 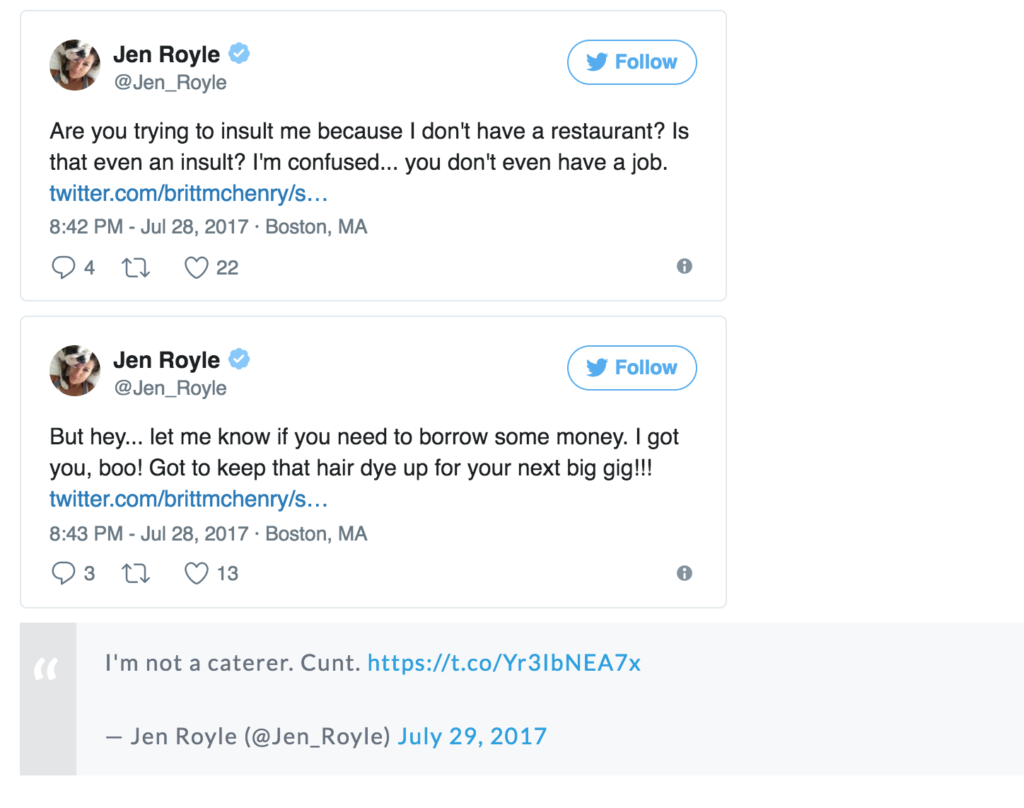 Zero anger. And zero jealousy. Get the fuck over yourself, sweetheart https://t.co/Vd2Meldh4H

McHenry claimed she deleted her tweets because she doesn’t like having replies on her timeline.

She called me the C word & an ahole & relentlessly bullied me on twitter for yrs, yet claims to be anti-bully advocate. Reported & done w it

It’s hard to really describe what exactly McHenry said considering she deleted all of her tweets. But, usually deleting tweets is an admission of guilt. Plus, it’s extremely hard to give McHenry the benefit of the doubt considering her past behavior. Shouldn’t both these people have better things to do then yell into the Twitter void?

Can we just call this a draw? You’d think hurling insults back-and-forth at each other – regardless of job status or political background – was above both of McHenry and Royle – apparently, it’s not.