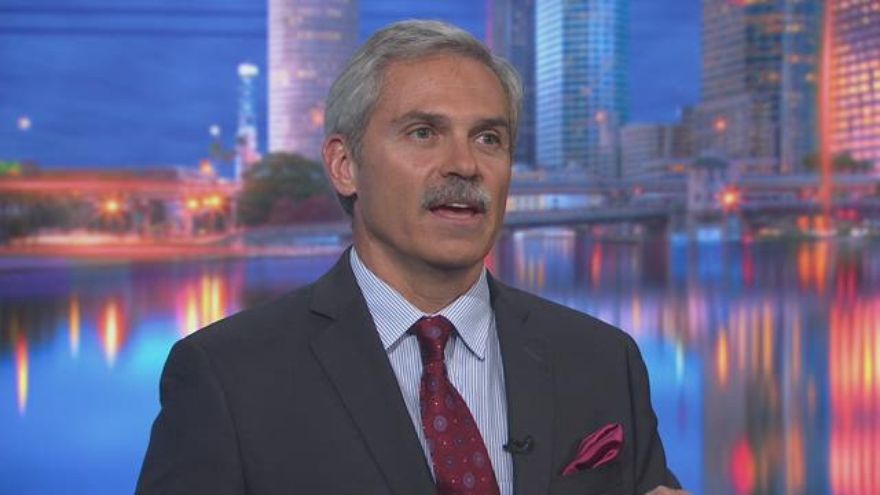 Brett McMurphy is on the move. McMurphy was one of the many long-time ESPN employees laid off in the spring of 2017, but he continued reporting on college football on his Twitter and Facebook pages (as one of the things he was allowed to do while ESPN was still paying his contract). He then signed on with Stadium in August 2018. As discussed here in June, though, both McMurphy and Stadium college basketball insider Jeff Goodman (who also joined that company in 2018 following time at ESPN) had their contracts coming up this summer. Now, as per John Ourand of Sports Business Journal, McMurphy (seen above in 2016) is moving to The Action Network as of this coming Friday (Aug. 13), with his last day at Stadium being Thursday. Here’s more on that move from Ourand:

The move to hire the well-regarded McMurphy fits into Action Network’s strategy of building out a full-fledged editorial team. Chief Content Officer Chad Millman said that the company is about 60-70% of the way toward filling out a team that brings “credibility and authority,” to breaking sports news that would interest gamblers.

“The list of people who break news in college football and are as well sourced as Brett is pretty small,” Millman said. “It’s more than that. Brett understands betting. He’s been on our podcasts. He gets along really well with the folks on our college football team. It felt like a really natural fit when we started the conversations.”

There’s definitely some logic to hiring McMurphy to break college football news, as he’s long been good at that. He did that at ESPN, but continued to do it on his social media platforms while independent (sometimes even leading to mistaken credits from ESPN personalities), and then did so on social media and online for Stadium (including with the massive Zach Smith story). As McMurphy told Richard Deitsch in 2018, modern reporting often involves the person more than the outlet.

But what I found out in the last 18 months is you can stay relevant on Facebook or Twitter if you’ve got good information…people are gonna find you. In a weird way, we don’t really need these giant media corporations because we can get our message out.

And The Action Network seems like a logical landing place for McMurphy beyond that. They have the podcasts and the betting side, and they also have a significant focus on written content; Stadium published some written stories from the likes of McMurphy and Goodman, but video always seemed to be more of a priority for them (and their current homepage is almost totally videos). Millman also worked at ESPN from 2007-17, including as editor-in-chief of ESPN.com and ESPN The Magazine from 2011-17, so he spent some time there while McMurphy was there (McMurphy headed to ESPN in 2012 following time with CBS Sports, AOL FanHouse (RIP), and The Tampa Tribune). And with Millman saying their college football team’s already had McMurphy on their podcasts and gotten along with him well, this looks like a good fit. We’ll see how McMurphy does there.