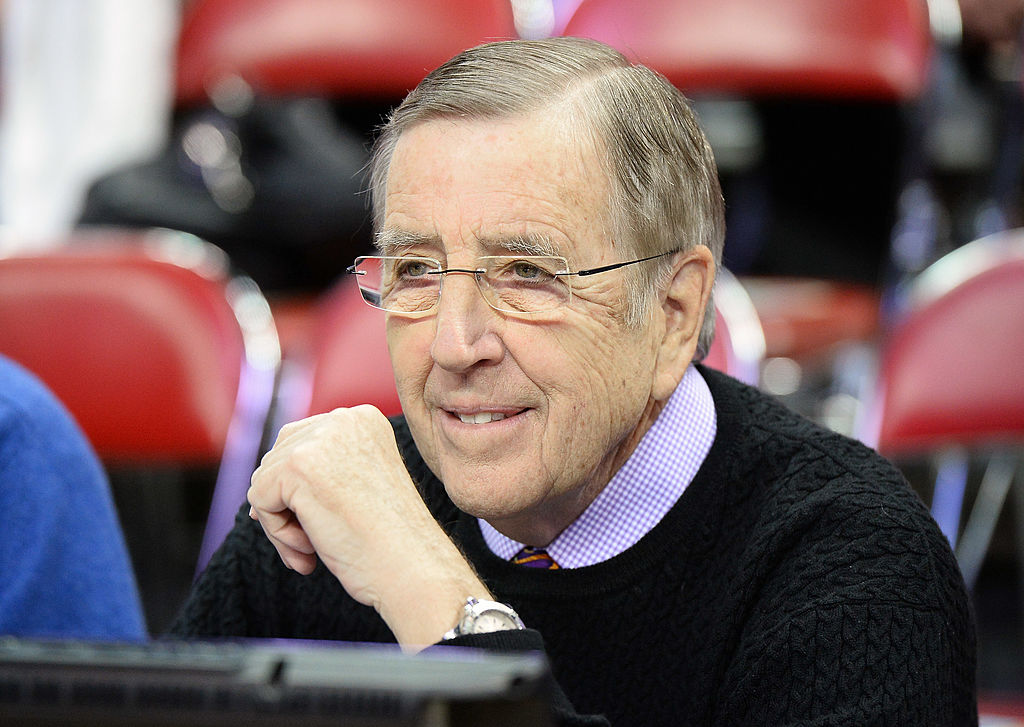 After stepping away from ESPN earlier this year, Musburger has settled into something of a retirement, taking his expertise of calling sports for decades to one of his great loves: sports gambling. He relocated to Las Vegas to be the face and voice of VSIN (Vegas Sports Information Network), currently hosting a daily show on SiriusXM called “My Guys in the Desert.” (Musburger shared some details about his new big on a recent episode of The Awful Announcing Podcast, as well.)

Though Musburger has found a new comfort zone that could take him into a seventh decade of broadcasting, would he ever again call play-by-play if asked? Dan Patrick posed that question when Musberger appeared on Friday’s The Dan Patrick Show to talk about calling the original “Catholics vs. Convicts” Miami-Notre Dame game in 1988.

“You never say never,” Musburger said with a chuckle. “I’m very happy here at VSIN. I love talking about all the games. You know, I can now talk more about the NBA; I wasn’t covering the NBA over at ESPN. I can talk about the National Football League and my days with Jimmy the Greek.”

Here’s a clip of Musburger’s remarks, with something of a pitch for what he’s now doing with VSIN:

“I never, ever say never” is probably a smart approach to any profession in life. Sure, we all have jobs we’d never want to do, either for the first time or ever again. But why turn yourself off to any possibilities, especially when you’re someone as accomplished and still popular as Musburger?

Maybe one of the many networks that now broadcast college football could decide at some point that they want Musburger to call a game and bring some big event status to it. (Though that would surely be seen as unfair to whomever a particular network employs as its No. 1 broadcasting team.) Perhaps there will be an occasion for nostalgia and Musburger on the call would create a nice moment.

However, Musburger certainly sounds like someone who’s gotten to stretch out a bit after being kept in something of a college football and basketball box in the later days of his play-by-play career. He’s covered everything, and apparently relishes talking about the NFL and NBA — sports that he previously called and became a voice associated with big games. Additionally, Musburger probably has autonomy with VSIN that he hadn’t enjoyed over the past 25-plus years at ESPN and ABC.

He may never say never, but Musburger sounds like a guy who’s comfortable and happy with what he’s doing. How many people get to say that, especially in the latter stages of a career?