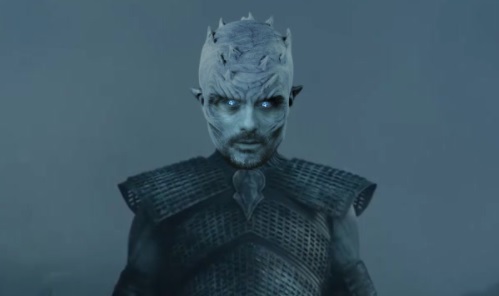 A big aspect of Bleacher Report’s success in recent years has been its ability to stand out and establish an identity on social media. Certainly, Twitter and Facebook part of that. But B/R arguably truly stands out on Instagram, creating standout images, graphics and original content that perfectly caters to younger, tech-savvy audiences who consume their sports and news quickly on their smartphones.

Bleacher Report’s content and creativity has helped the company make a big push internationally, as well. As Digiday’s Lucinda Southern reports, B/R has increased its presence in the U.K. with its Bleacher Report Football account on Instagram, which has been a huge hit with soccer fans.

Bleacher Report Football, which has 667,000 followers, published 894 photos and videos on Instagram in April, according to NewsWhip data. In total, these generated 10.4 million engagements, a catch-all term NewsWhip uses for likes and comments. In September, the account posted just 39 more posts than in April, including a dozen carousels, but the engagements across these posts more than doubled to 26 million in total.

The key to the B/R Football account resonating with audiences is that they don’t try to offer the same thing that soccer fans can easily find elsewhere, like scores and highlights. Instead, the idea is to intersect the sport with pop culture, notably movies, TV and music. Content also often consists of graphics, videos and animation, rather than still images. According to Southern, the B/R Football team produces 30 pieces of content for Instagram per day.

Jesus ⬆️ Lukaku ⬇️ It’s all change at the top of Sam Tighe’s lastest striker rankings! READ THE FULL ARTICLE ON OUR APP/SITE!

Additionally, B/R benefited by narrowing the focus of its U.K. Instagram account to focus solely on soccer and rebranding accordingly. The account’s interactions increased by 2 million from the previous year after the change was made. Those 670,000 followers are fewer than the counts for BBC Sport (under 1 million) and Goal (1.8 million), but B/R points to the 4.3 percent engagement rate, which outdistances the competition.

Yet despite these significant boosts in followers and engagement, it’s not clear how those have affected revenue. B/R did not share that information with Digiday. However, the company may derive its most income from campaigns for Nike and Adidas, and athletes with whom the apparel companies are associated.