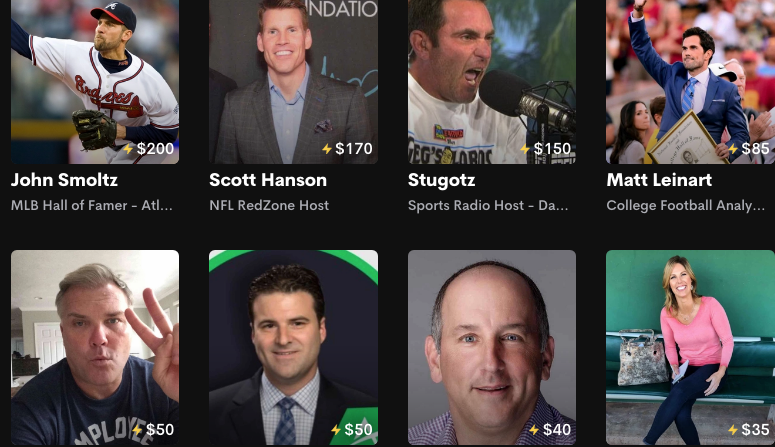 Brian Baumgartner has been called The King of Cameo. The actor who is best known as Kevin from The Office, made $1 million from the celebrity booking website in 2020. Brett Favre, the most popular former athlete on the platform, said he did 80 videos for last Mother’s Day alone.

Forget autographs. Forget selfies. Cameo is now the way to go. For a price, you can have your favorite stars craft a personalized video for you or a loved one. Wish someone a happy birthday, congratulations or just send them a pep talk.

Cameo, which turned four years old last week, offers access to over 40,000 luminaries from entertainers to athletes to influencers and is one of the fastest-growing tech startups. And Cameo doesn’t just feature traditional celebrities as sports media personalities have recently been increasing their presence on the platform.

You’ll find the likes Erin Andrews, Jesse Palmer and Scott Hanson. The appeal for them is obvious. It’s a hassle-free side-hustle. Connect with your fans from the comfort of your home without the potential negativity associated with other social media platforms such as Twitter. You set your own price (Andrews charges $250, Bob Valvano $15) and you can even let the audience know if the money is going to charity.

So, let’s say you want to send a Cameo. If you have a celeb in mind, great. But what if you don’t. Here at Awful Announcing, we want to help. After perusing a variety of options, we decided to try it out ourselves and see how the experience went.

We chose ESPN’s Linda Cohn. She’s famous and yet affordable ($25). The booking process was simple. Just provide some information, including pertinent details about the person you’re sending the video to (For example, is it for a wedding, anniversary, birthday?). Make the request and wait to see if it’s accepted (If it’s not, your money is refunded).

Normally it takes at least a few days but guaranteed delivery within 24 hours is available for an additional charge. We requested Cohn on Wednesday and received the video Friday. Next, we downloaded it and sent it off to an unsuspecting recipient- my friend Joe who is a big Indiana fan and could use some general encouragement.

His response: “Thank you for that. I didn’t know whether to laugh or cry! Lol. I love you buddy! That really was awesome!”

Success. If you’re considering Cameo, here are some other sports media personalities to consider. The following list is not based on fame but rather the Cameos we enjoyed from their bios. 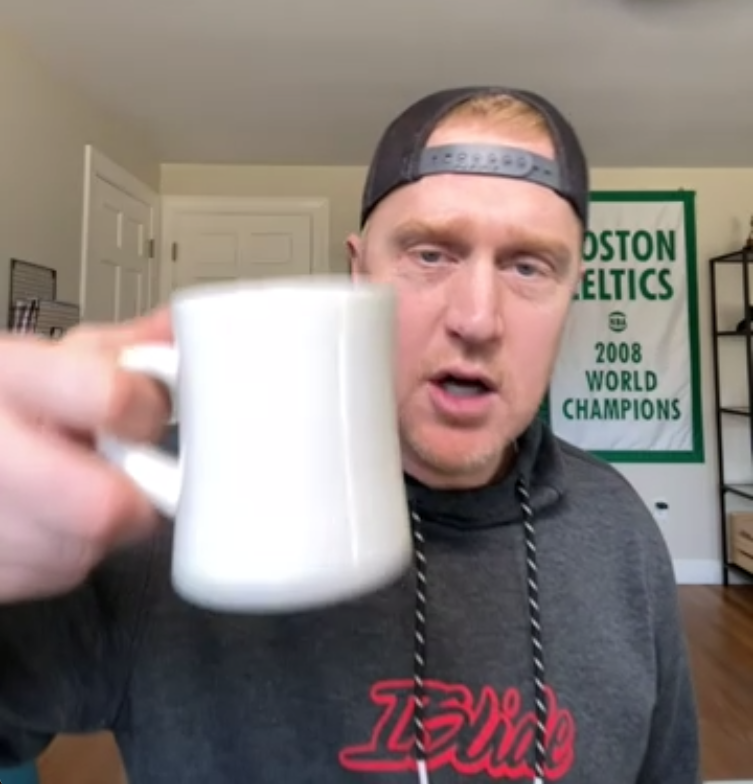 Brian Scalabrine was one of those athletes who understood very quickly the value of making friends, developing relationships and being viewed as likeable. That’s how you go from being a journeyman to have a television career. It’s no surprise that The White Mamba excels at Cameo by simply being himself. Scalabrine comes across as your best friend who is always ready to help you out. He’s your buddy. We could all use a Brian Scalabrine in our lives. Here is a video on Scalabrine giving a pep talk about doing your taxes, which you probably snoozed and could use some right about now. 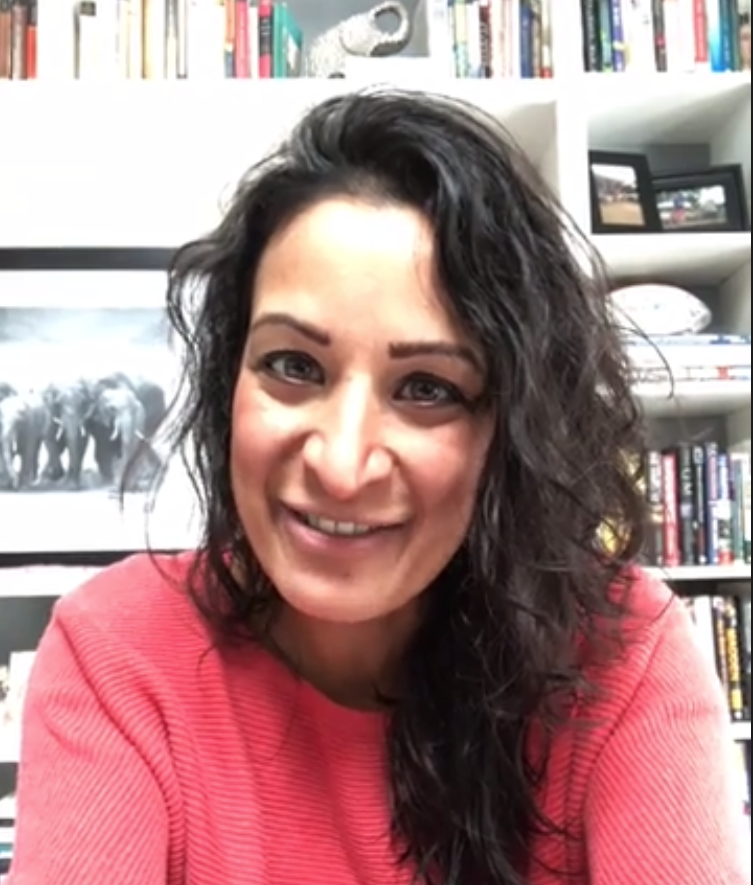 One of the more interesting aspects of Cameo: instead of pocketing the money, you can donate to a charity. Kinkhabwala doesn’t name any specific groups but according to her bio, proceeds go to “organizations that address hunger.” Kudos to her. What is great about her videos: they come across as warm and sincere. She is full of energy. It feels personal and not like she’s going through the motions. For $20 and a good cause, this is well worth it for the football fan in your life. Check out a birthday cameo from Kinkhabwala with some comments on Big Ben returning for the 2021 season. 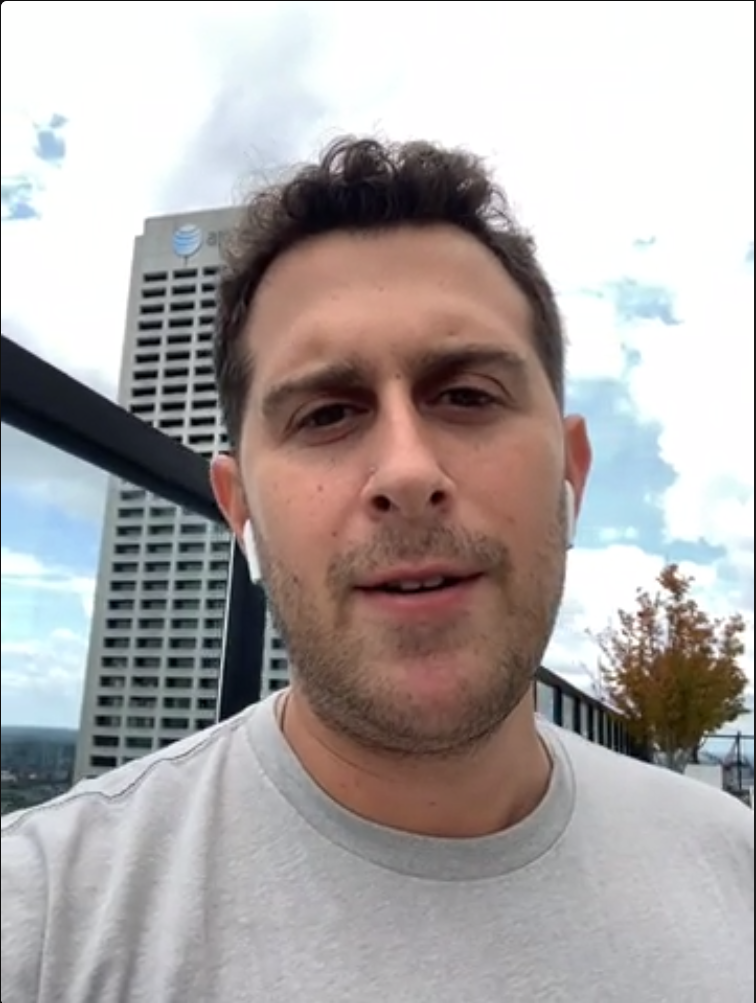 Adam Lefkoe is one of the most naturally funny and engaging broadcasters out there. Whatever you get is going to be good. Only Lefkoe can make a fantasy football shout-out something that a casual viewer would still want to watch. The amount of thought into putting together a video this entertaining while making fun of Creed and Nickelback is impressive. Credit Lefkoe for making these visually stimulating too. He’s not just sitting at the same desk. Thanks for switching things up. A bargain at $33. 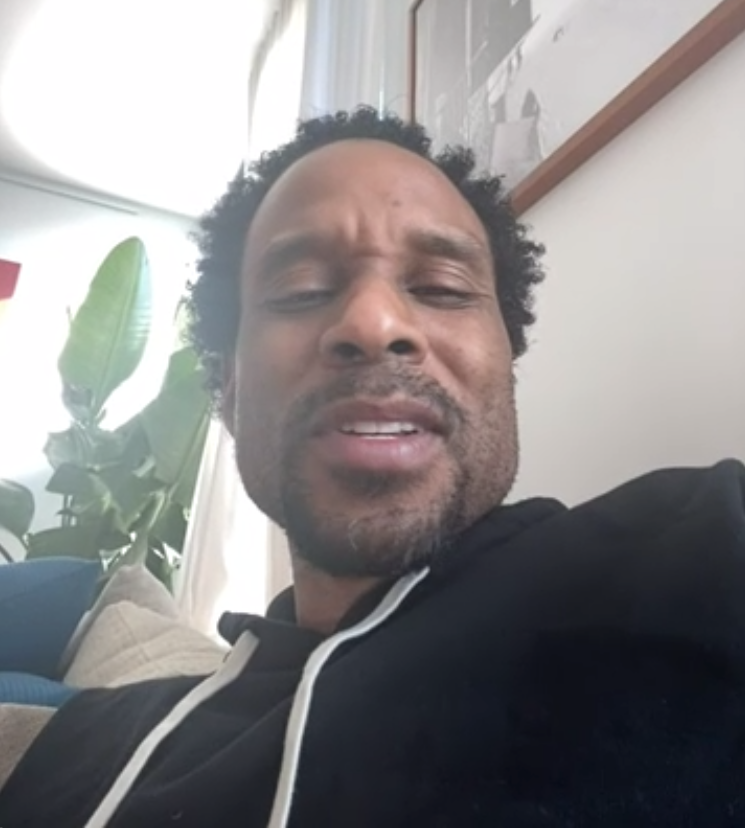 Bonafides: ESPN host of The Right Time with Bomani Jones

Few people in the history of ESPN love to chat more than Bomani Jones. Jones offers an interesting perspective on a myriad of topics. You can make the case that he has been under-utilized and undervalued by the network. Jones is putting his gift of gab to good use by donating to an undisclosed charity. In this video, he makes a poignant and laughable observation about someone going to medical school as an African American at Texas A&M. You can’t argue with what he has to say. 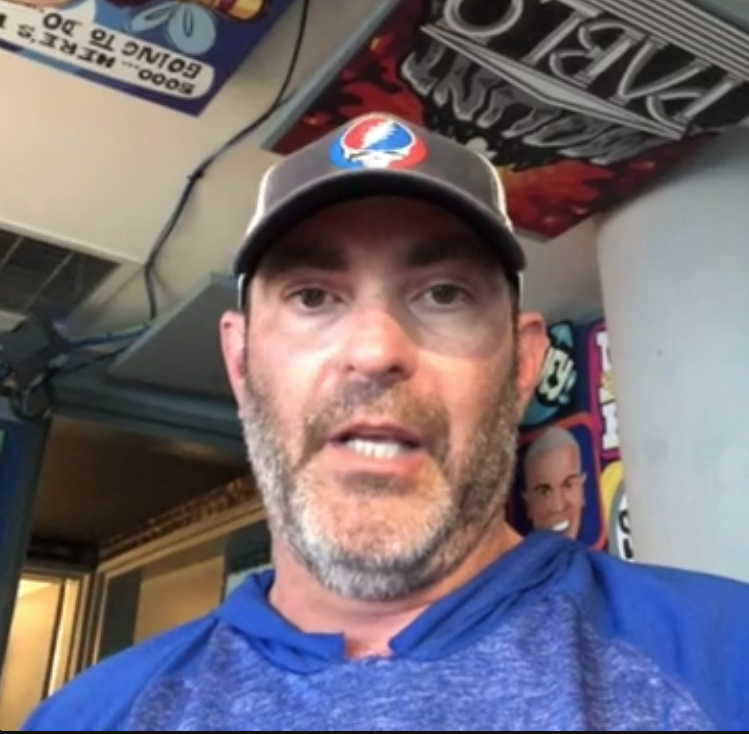 Bonafides: Cohost of The Dan Le Batard Show with Stugotz

Commend Stugotz for his restraint. We thought for sure he would charge $300+ and hire an impersonator to do the actual work. Kind of like when Jose Canseco tried to fool people by sending his twin brother for a celebrity boxing match. If you’re ordering this for a member of the #StugotzArmy, you know the drill. He’s going to be super chummy, look like he just woke up after a three-day bender at a Grateful Dead festival, and he’s going to unleash hot sports takes. What is somewhat surprising is how charming and genuinely funny he can be like in this video for some birthday wishes which includes a cameo within a cameo from Dan Le Batard. How about that!