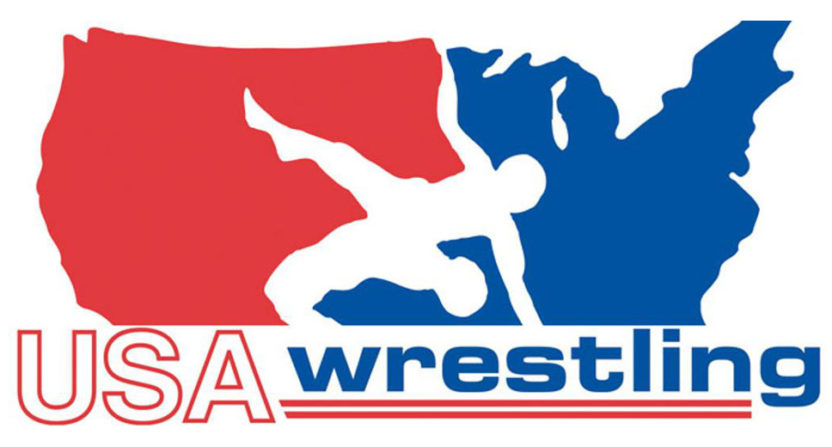 In the wake of the Larry Nassar scandal and its USA Gymnastics impacts, plus accusations from hundreds of athletes of sexual abuse at USA Swimming and the former Olympic team coach of USA Taekwondo being banned from the sport over sexual misconduct, and even the resignation of U.S. Olympic Committee CEO Scott Blackmun (over health problems, but also amidst criticism over USOC’s alleged lack of action in these various scandals), many sports federations are looking to impose extra checks to try and prevent sexual abuse.

But USA Wrestling has taken that to an unprecedented new level, requiring journalists who want credentials for its events to not only undergo background checks, but sit through a mandatory online training program on how to identify abuse and bullying, and that’s receiving pushback from the Associated Press Sports Editors, including advice to refrain from covering USA Wrestling events. Rick Maese of The Washington Post outlines both sides’ positions. (Update: see also the comments we received from National Wrestling Media Association president Jason Bryant.)

“When you start looking at doing everything you can to create a safe environment for kids that are participating in your sport, you look to see who has access,” Rich Bender, USA Wrestling’s executive director, said in an interview. “Obviously, I think a lot of focus has been placed on coaches and adult supervisors who are around kids in our sport. Members of the media fit into that criteria.”

…Jeff Rosen, president of APSE, called USA Wrestling’s new requirements “problematic on multiple levels” and said the organization will advise journalists to refrain from covering any event in which the new credentialing restrictions are in place.

“APSE applauds the effort to protect the safety of USA Wrestling athletes, but making journalists qualify for a membership and take a course in how to identify abuse and bullying is misguided,” Rosen, the sports editor of the Kansas City Star, said in a statement Tuesday. “The lack of specificity on background checks, including the extent and areas of the checks, and the disposal of information and indemnification of the media is both alarming and dangerous.”

Background checks are far from common, but there have been some moves along those lines before. For example, the NFL used to do security checks on Super Bowl-accredited media in-house, but shifted those to the FBI (which does the checks for vendors, stadium workers and so on) this year, drawing some attention for requiring reporters’ racial identification along the way. Those FBI checks also included reporters having to supply their date of birth and social security number. But that’s far from the standard for covering sports events; in fact, it made waves for how unusual it was. And the idea of having reporters undergo a mandatory training program (described as 60-90 minutes, with a series of videos and quizzes, covering topics such as physical and emotional misconduct, bullying and harassment) appears to be unprecedented.

It’s somewhat understandable where USA Wrestling is coming from here. In the wake of these recent scandals in other sports, they’re trying to be proactive, and they’re trying to cover all their bases. And these requirements have previously been imposed on others ; Maese’s piece mentions that this training (provided for free by the U.S. Center for SafeSport, an independent organization launched last year to oversee educational programs and investigate claims of sexual abuse in Olympic sports) is required for ‘USOC employees, coaches, volunteers, as well as athletes training in an Olympic Training Center or attending a USOC event and “individuals the USOC formally authorizes, approves or appoints (a) to position of authority over or (b) to have frequent contact with athletes.'” On the USA Wrestling side, Bender said these requirements are similar to what’s asked of coaches, referees, medical personnel, event volunteers and USA Wrestling employees.

But a big distinction here is that journalists are not employees of the USOC or USA Wrestling, are not generally in a position of authority over athletes, and are not likely to have frequent or particularly private contact with athletes at one of these events. (The latter point there applies to some of the others affected, especially the likes of referees and event volunteers, but both of those groups are choosing to either work for or volunteer for USA Wrestling, while journalists are not.) It’s certainly possible the sports journalism world could include people looking to prey on children, but Maese’s piece notes that no journalist has been accused of impropriety at a wrestling event. And many journalists already do undergo background checks from their employers, and it seems perhaps more likely that if there were possible issues that would arise from journalists, that they would happen with private interviews away from competitions and venues, not in interviews at official events like this. (It’s also notable that as opposed to being implicated in the recent scandals, journalists have played a large role in bringing them to light.)

And a worry with background checks in particular is, as Rosen notes, it’s not clear what USA Wrestling is checking for and who that information will be shared with. There are all sorts of things that can be flagged by a background check, and there’s the potential of exposing journalists to retribution depending on how that information is shared. Again, if the journalists were working for USA Wrestling, that would be more understandable; employer-mandated background checks are relatively common, and they have rules and procedures to prevent abuse. But forcing those employed by an outside media organization to undergo a background check from your agency in order to do their job is concerning, and it’s much less understandable when it’s for a USA Wrestling event than for something like the Super Bowl that receives threats. The mandated training is also problematic, as again, it’s an organization imposing employee-level standards on people who are not their employees. Of course, this training could be somewhat helpful (especially as it’s at least partially about identifying problematic behavior from others), but mandating it in order to receive a credential is a big step.

Where will this go from here? Well, Bender said his organization did this independently without consulting with other sports or the USOC, but said “Hopefully, it’s something that others think make sense and they adopt it as well,” and the USOC’s statement in that article said “offering free safe sport training to the widest possible audience is critically important” (notably, though, that covers “offering,” not “mandating”). So this could be picked up by other Olympic sports. Or the APSE pushback here could be widely embraced by journalists, USA Wrestling’s events could go undercovered, and the organization might rethink its stance. We’ll see how it goes. But trying to unilaterally impose these kinds of requirements on journalists is certainly a bold strategy, and one that at the very least seems likely to lead to less coverage of USA Wrestling events (like next week’s U.S. Open Wrestling Championships in Las Vegas) in the short term.