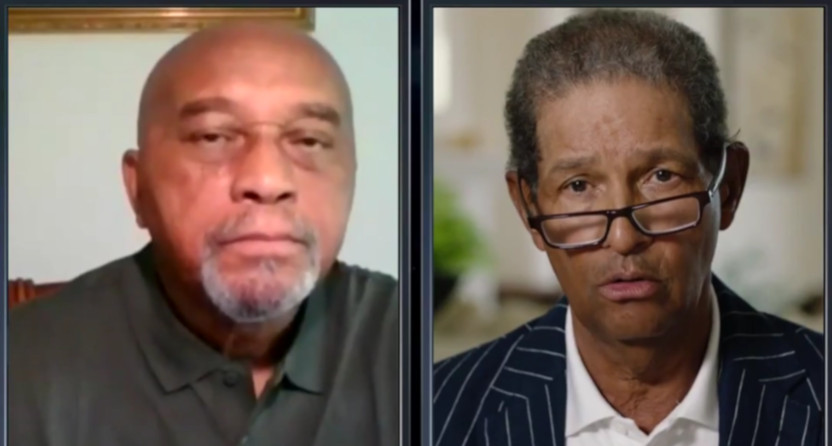 One of the most memorable Olympic moments comes from the 1968 Summer Games in Mexico City, where U.S. athletes Tommie Smith (who placed first) and John Carlos (who placed third) bowed their heads and raised their black-gloved fists while on the podium after the 200-meter race (supported by Australian Peter Norman, who placed second and wore a human-rights badge in support of Smith and Carlos). That moment is now largely remembered as a key point in athlete protests for social justice, but it led to huge blowback and ostracization for all three medalists at the time, including the removal of Smith and Carlos from the Olympic Village and from the country.  And, more than 50 years later, the International Olympic Committee has continued to talk a big game against protests.

In April, the IOC said that they will continue to uphold their current Rule 50, which states in part that “No kind of demonstration or political, religious or racial propaganda is permitted in any Olympic sites, venues or other areas.” That’s a reaction in great contrast to what other sports bodies have done. For example, the U.S. Olympic Committee has called for change here and said they won’t discipline protesting athletes, while the IAAF (the track and field governing body) honored Smith and Carlos this December (with president Sebastian Coe calling them “an iconic part of our sport“), and many other organizations (from Germany’s Athleten Deutschland to the World Players’ Association) have promised legal support for any athletes who face IOC repercussions for protests.

Amidst all that, it’s certainly interesting to hear what Smith thinks about how times have changed and not changed. And that makes the inclusion of an interview with him in Tuesday night’s Real Sports With Bryant Gumbel (premiering at 10 p.m. ET/PT on HBO and HBO Max) quite notable. This episode includes a 10-minute segment featuring Gumbel talking with Smith (individually) and then a panel of sprinter and long jumper Tianna Bartoletta, fencer Race Imboden, and hammer thrower Gwendolyn Berry about the IOC rules here. And Gumbel’s conversation with Smith certainly stands out. Here are some key parts from that discussion:

Gumbel: “In 1968, before you got to the medal stand, what did you think the repercussions would be?”

Smith: “I thought people would see it. I thought we’d walk off the podium, get our medals, look at the rest of the Games happily, and come home.”

Gumbel: “You really thought that? Tommie, if my math is correct, by that time, you were a 24-year-old Black man in America. You had to know how this country would respond to what you were going to do.”

Smith: “It was a quiet backlash. Coming home and finding silence, coming home and finding no job, coming home and finding the wife and the son were sad because there was nothing there for them because of what their father and husband did to satisfy a fortitude of hope for Black folks. I was there alone trying to do something that had not been done before in the history of athletics. This was an athletic movement that was guided by the racist tendencies of a nation that did not represent me.”

Gumbel: “Basically, the IOC’s position is unchanged from what it was back in 1968. It’s over half a century ago. That it’s unchanged, do you find that surprising, disappointing, disgusting, all of the above?”

Smith: “It is archaic. Very archiac. I think this is why the younger generation is rising up.”

…Gumbel: “So, as someone who’s been through this, someone who is an icon where these matters are concerned, what would you say to those American Olympians who are considering raising a fist or taking a knee to call attention to racism and social injustice?”

Smith: “I’m not telling an athlete to do anything, because I can’t tell what’s in an athlete’s heart. The athlete’s got to do this for themselves.”

Gumbel: “Would you tell athletes who are thinking about protesting that if they proceed, to expect the worst?”

The panel discussion with current U.S. Olympic athletes is also notable. Here’s a clip of that:

Real Sports sits down with Olympic-bound athletes Gwendolyn Berry, @Tibartoletta and @Race_Imboden to discuss Rule 50 which states that ‘no kind of demonstration or political, religious, or racial propaganda is permitted.’ A new episode of #RealSports premieres May 25 on @HBOMax. pic.twitter.com/op6jG4YHih

It’s certainly interesting to hear Smith’s thoughts on how the IOC’s protest rules are still so similar to what they were during his protest. And while the punishment for protesting today may not wind up being quite as harsh as what Smith and Carlos faced (many countries’ individual governing bodies, including the USOC, have said they won’t punish athletes themselves, and even the IOC has said cases will be judged on a case-by-case basis), the rule still standing this way suggests the IOC hasn’t changed its views on athlete protests much since 1968. Now, that won’t necessarily forestall all protests, and there have been some compelling arguments (including from Kevin Blackistone in The Washington Post) that this may work out better than a watered-down “approved protest” rule, but it’s still notable to see Smith talking about the reaction he received when he protested, and to see some current athletes talking about what might go into that decision for them.

This episode of Real Sports will debut on HBO and HBO Max at 10 p.m. ET/PT Tuesday, May 25, and will be available on HBO Max going forward as well.