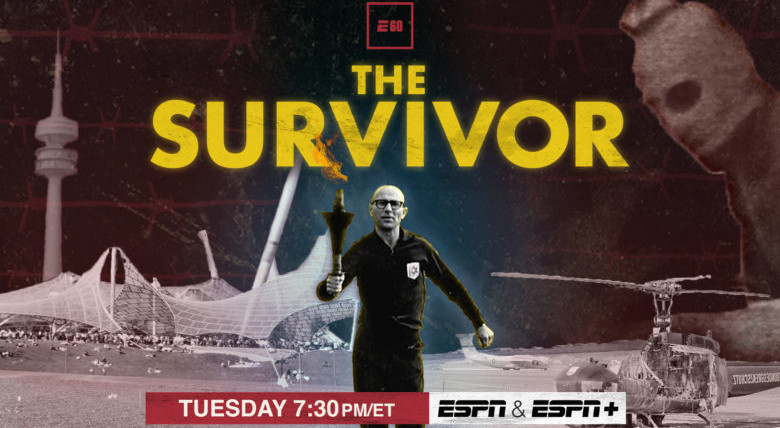 On one hand, the word “lucky” seems woefully insufficient to describe the life of Shaul Ladany. On the other hand, it is accurate because the former Olympian racewalker has been extremely fortunate. At least three different times, Ladany could have died in historical and horrifying events. Yet, at the age of 86, he’s still here and still walking long distances.

At the start of upcoming E:60 installment The Survivor, Ladany matter-of-factly explains how he was able to persevere through the horrors of the Holocaust and the 1972 Munich Olympics Games.

“You did not need one lucky event to survive,” he said. “To survive, you needed a series of lucky events. Fortunately for me, I had them.”

Ladany is famous for having survived the World War II bombing of his childhood home in Yugoslavia by Germany at the age of five, being sent to the Bergen-Belsen concentration camp at the age of eight, and many years later narrowly avoiding being one of the 11 Israeli athletes killed by terrorists during the 1972 Olympic Games.

His multiple brushes with death have been discussed before. But they might be unknown to many. Ladany tells his life story to ESPN reporter Jeremy Schaap and producer/director Frank Saraceno, offering an updated perspective in time for the 50th anniversary of the Munich massacre.

In the E:60 feature, it’s extraordinary how vividly the octogenarian recalls the smallest of details. One of the memories that have stuck with him over the decades is him unsuccessfully straining to grab tomatoes. Tomato plants were growing between the concentration camp’s two fences, just out of the reach of a starving child.

Bergen-Belsen had no gas chambers, but according to the Jewish Virtual Library website, “an estimated 50,000 people died of starvation, overwork, disease, brutality, and sadistic medical experiments.”

The Survivor thoroughly explains how a fortunate set of circumstances led to Ladany leaving Bergen-Belsen and eventually relocating to Israel. Terrible things happened and almost happened to Ladany, but his “luck” kept him one step ahead. That’s the most compelling takeaway of his story.

Ladany’s story includes an obscure sport. Most of us are familiar with track and field events like sprints, hurdles, and jumps. But racewalking is something that isn’t widely watched. It seems like the only time it’s discussed is during the Olympics. The Survivor gives a solid tutorial on racewalking and how it became Ladany’s obsession. It’s a test of mental and physical endurance, and Ladany excelled in it. He became a world-record holder and a two-time Olympian.

Participating in the 1972 Games in Germany, where he was once a child prisoner, must have been extremely gratifying. But those Olympics are forever remembered for the massacre. The details behind how Ladany managed to escape are stunning, and it’s amazing to hear him discuss what happened.

In hindsight, it’s surprising that the Games continued so soon after the tragedy. Following a 34-hour suspension of activities, International Olympic Committee president Avery Brundage said “The Games must go on.”

The Israeli team left Munich. But one person didn’t want to go. Ladany criticized Israel for pulling out of the Games. In The Survivor, Ladany still defends his position, calling Israel’s departure the “wrong decision.” Whether or not you agree with his opinion, it’s fascinating to listen to Ladany remain firmly entrenched in his beliefs.

The Survivor also shows Ladany, accompanied by his granddaughter, returning to Bergen-Belsen and Munich. There is no moment where you see Ladany weeping uncontrollably. When Schaap asks him about his feelings at the moment, Ladany responds by saying “I’m not an emotional person. I’m a logical person.”

Perhaps that’s a way to cope with a lifetime of terrible moments. This is a meaningful story about an amazing person.

The Survivor will debut Tuesday at 7:30 p.m. Eastern time on ESPN. After the premiere, it will be available on ESPN+.