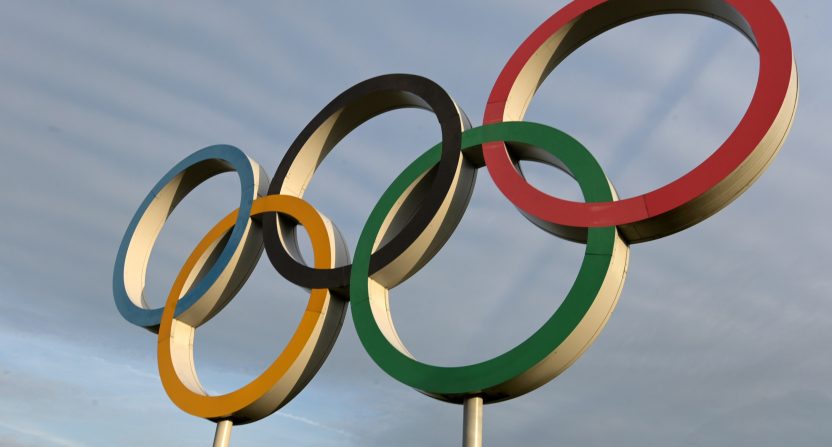 On Monday, USA Today reported (via Dick Pound of the International Olympic Committee) that the 2020 Summer Olympics from Tokyo would be postponed, most likely until the summer of 2021.

Veteran International Olympic Committee member Dick Pound told USA TODAY Sports Monday afternoon that the 2020 Tokyo Olympic Games are going to be postponed, likely to 2021, with the details to be worked out in the next four weeks.

“On the basis of the information the IOC has, postponement has been decided,” Pound said in a phone interview. “The parameters going forward have not been determined, but the Games are not going to start on July 24, that much I know.”

Pound, a Canadian who has been one of the most influential members of the IOC for decades, said he believes the IOC will announce its next steps soon.

“It will come in stages,” he said. “We will postpone this and begin to deal with all the ramifications of moving this, which are immense.”

The IOC didn’t confirm Pound’s comments, and claimed to be “looking at scenarios” regarding this summer’s Games.

Also on Monday, the Sports Business Journal discussed the potential postponement of the Olympics, focusing on the financial cost to the IOC. Notably, the IOC’s broadcast partners pay their rights fees for the Olympics when the games take place, as opposed to in installments over the months, quarters, and years before the Olympics. If the Games don’t take place this summer, the IOC won’t get those billions and billions of dollars from outlets across the world.

But the overwhelming majority of the broadcasters’ promised rights fee for the Tokyo 2020 Olympics isn’t actually paid until the Games, a little-known detail that is becoming more relevant by the day. Earlier this month, IOC President Thomas Bach said he did not to know the details of its event cancellation insurance, but prior to London 2012 the body said its policies were designed to defray forgone broadcast money.

And while the IOC does have insurance to protect against the cancellation of the Olympics, it won’t cover everything. A Reuters article from February broke down the insurance situation, noting that the total insured cost of Tokyo 2020 is roughly $2 billion, which includes both TV rights fees and sponsorship agreements.

Munich Re (MUVGn.DE) board member Torsten Jeworrek said on Friday it was a provider of cancellation insurance for Tokyo, for an amount in the hundreds of millions of euros.

He would not say whether the figure was more or less than its 250 million euro exposure to the 2018 Winter Olympics or if the policy covered coronavirus, citing confidentiality.

Jefferies analysts estimate the insured cost of the 2020 Olympics at $2 billion, including TV rights and sponsorship, plus $600 million for hospitality.

The SBJ article also references the sponsorship costs, noting that sponsors typically do pay every month or quarter and there is not a guaranteed refund in the event of a cancellation.

To sum this all up, we’re looking at a situation where if the Olympics are postponed, as Pound thinks they will be, the IOC will lose at least a billion dollars – even with insurance paying out. Rightsholders across the world (including NBC in the US) will essentially kick the can regarding paying their rights fees ahead to next summer (if that’s when they take place, as Pound muses). Sponsors will likely not be pleased with the IOC taking its money for an Olympiad not taking place until next summer. Various national federations and committees may not get their expected payouts from the IOC until next summer, potentially crippling some of those federations for the next year.

It seems inevitable at this point, but nothing is official yet regarding a potential postponement of the Olympics. If and when the announcement comes, the fallout from a postponement will affect the entire world, rather than just a country or continent.