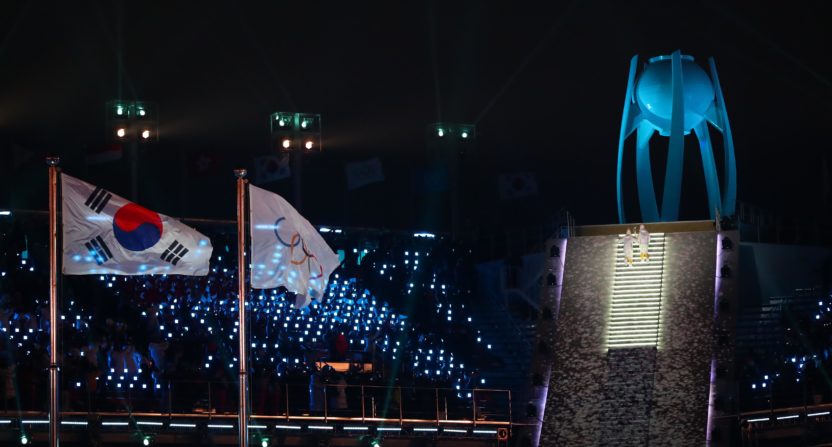 This year the sports media world will be watching Winter Olympics ratings closely. NBC has been touting the fact that there’s more live events in primetime than ever before, even with the time difference to South Korea for this year’s game. However, NBC is also coming off a Winter Olympic event in Sochi that produced the lowest Olympic ratings on record.

Given the disappointing numbers from Sochi, NBC will definitely be hoping for a major turnaround this year, especially considering the megabucks being paid for the broadcast rights. However, that’s going to be challenging given the current television climate where everything including live sports (hello NFL) is seeing declines.

One key barometer to watch for ratings moving forward is the Opening Ceremony of the games. And that turned out to be a mixed bag for NBC on Friday night.

Viewership for the PyeongChang Opening Ceremony was down over 10% compared to Sochi’s Opening Ceremony. The number of viewers dropped from 31.7 viewers to 28.3 viewers according to Deadline. While that isn’t great news, the one positive for NBC is that it’s actually an improvement over the Rio Opening Ceremony that drew 26.5 million. NBC is also touting it as the most watched Friday night programming on network television in four years.

The PyeongChang Opening Ceremony was seen on tape delay but did see a major international story take place with the unified Korean team entering together with dignitaries from both North Korea and South Korea watching on. It was a huge moment that transcended sports and politics. And there was even some controversy with headlines making the rounds during the day about Vice President Mike Pence choosing not to stand for their entrance. Nevertheless, in spite of those noteworthy events getting attention on social media and elsewhere, it wasn’t enough to move the rating past Sochi.

These numbers come off another dip from the Sochi games on the night before the Opening Ceremony. Those ratings from the first night of the PyeongChang Games were down a whopping 22% compared to four years ago.

It’s not encouraging for NBC to see these numbers if they’re hoping PyeongChang to beat out the Sochi numbers by the time the next two weeks are up. The live events in primetime are going to have to come through for the network in a major way. But given the lack of buzz and starpower for this year’s Olympics, that may prove to be a tough task.