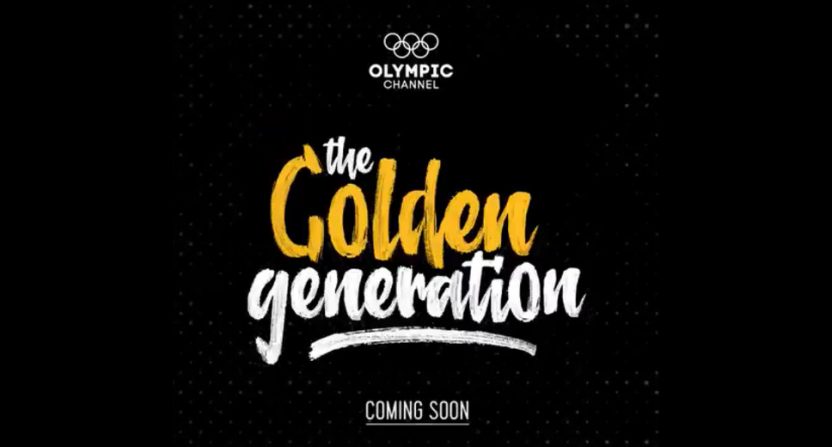 The Olympic Channel is continuing on with their “Five Rings Films” documentary series, which has previously seen installments on the Czech Republic’s run to gold in men’s hockey in 1998 and the long history of Cuban boxing success at the Olympics. Their next one is “The Golden Generation,” which will look at the international success of Argentina’s men’s basketball team from 2001-2016, and especially their gold medal in the 2004 Olympics in Athens. All of the players on the 2004 team are featured in interviews in this film, including Manu Ginobili, Luis Scola and more.

The film, directed by Argentine directors Juan José Campanella and Camilo Antolini and (like the rest of the series) produced by famed directors and producers Frank Marshall and Mike Tollin, will premiere Oct. 22 on OlympicChannel.com and mobile apps, and will also air on NBCSN and Eurosport at some point. Here’s a clip from Campanella on what to expect:

.@juancampanella invites you to stay tuned for our latest Five Rings Films documentary on how Argentina shocked the basketball and Olympic world in 2004! @cabboficial pic.twitter.com/wcfEjjfEUk

And here’s more from the Olympic Channel release:

“The history of the golden generation is much more than a triumph of underdogs, which it is.” said Campanella, who directed the film “The Secret in Their Eyes” that won the Academy Award® for Best Foreign Language Film in 2010. “What really thrills and impacts is the humility, effort and camaraderie of a group of people that keeps growing stronger over time – a team of individual stars who managed to merge into a single spirit, and who years later maintains a friendship and admiration for each other that remains unchanged.”

….“In the true spirit of the Olympics, the exquisite basketball Argentina showed the world at the 2004 Athens Games changed the international game forever,” said Marshall. “Most people will remember their unprecedented success, but this unique group of players was more than just talented. They were humble, smart and, most of all, fun to watch, so we are thrilled to be able to present the extraordinary story of ‘The Golden Generation.’”

There’s definitely an interesting story there, and it’s appreciated that these Olympic Channel films have continued to spotlight some of the best stories from around the world. It’s a crowded sports documentary field out there, but many are focused on U.S. athletes and teams; it’s cool to see the Olympic Channel continue to tell global stories this way, and it’s very fitting with their overall approach. We’ll see how this one turns out, but it certainly seems to have some potential, and this could be a worthwhile watch for those interested in global basketball.