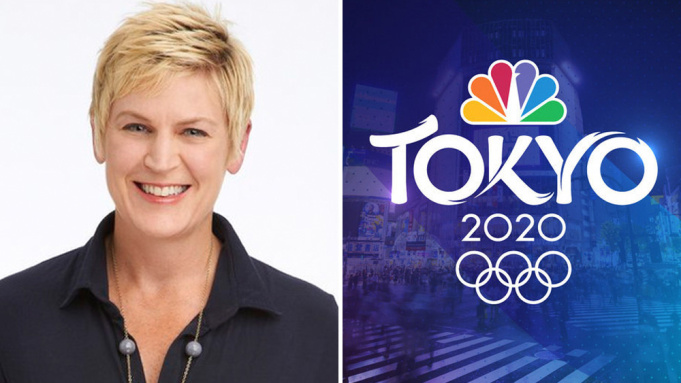 Following Jim Bell’s departure from NBC earlier this month, NBCUniversal has brought in someone from another arm of the company to fill Bell’s role overseeing Olympics production. That would be Molly Solomon, who’s been with NBC since 1990 and has worked 10 Olympics for them in various roles, most recently as a coordinating producer; she produced figure skating at the 2010 Vancouver Games and the Opening Ceremony and primetime show for the 2012 London Games. Since 2012, Solomon has served as executive producer of Golf Channel (including overseeing NBC’s golf coverage during the 2016 Olympics); she’s retaining that role, but is now adding a role as Executive Producer and President, NBC Olympics Production as well.

In a conference call with media Tuesday, NBC Sports Group president Pete Bevacqua and NBC Olympics president Gary Zenkel both said that while a lot of NBC’s Olympic preparations for 2020 are already done, they still expect Solomon to make her mark on the coverage from Tokyo next summer. Here are some key excerpts from their remarks:

Pete Bevacqua: I can tell you, if you can imagine with the Olympics coming upon us here in the summer, we obviously are well down the road with our plans and our insight. But the good news is we are still roughly nine months away, and there will be plenty of time for Molly to be brought up to speed and to put her fingerprints on what the Olympics will look like in Tokyo.

Gary Zenkel: As Molly knows, because she’s been involved in 10 of these, we begin planning years out, and so the plan is ambitious. We’re many networks, but as Pete said, and I echo the same thought, there is certainly an opportunity as we hone our specific production plans for Molly to infuse her own take on production plans, on programming plans, and I think the team — I know the team is very excited to have her join the discussion and help us potentially lead us to places we haven’t yet thought about.

As for Solomon herself, she said on that call that she doesn’t have specific shakeup plans yet, but she will be trying to “bring a uniqueness to the job”:

“I think we’re fortunate that the Olympics, it’s not a property that’s broken or needs to be fixed, right. All the pieces are in place for NBC to present one of the most consumed summer games in history.

But I think I can bring a uniqueness to the job. My mantra as a producer is let’s innovate and search for fresh ways to tell the athlete stories. So whenever I go into a new project, a new show, I always ask the question to my team, how do we enrich the experience for the viewer? As I mentioned, the time zone is advantageous for us, so how can we enliven what we’re doing, particularly in primetime, which is still the anchor of our coverage.”

Solomon also did well (particularly considering that she just took on this job) handling questions about broadcasting full events versus highlights (essentially, she said that NBC’s platforms allow them to present “options for every viewer”) and handling a question of “what do you think of the demographics of the Olympics fan and whether they are sports fans or not?”

“Well, it’s very interesting. More women watch the Olympics than men. It’s a very fascinating demographic. I don’t think you appeal to women per se, you talk about the Games and tell the stories in a very authentic way, and I think you bring them in. So I don’t worry that much about gender.”

That is an infinitely better answer than what NBC Olympics chief marketing officer John Miller said ahead of the 2016 Rio Games:

“The people who watch the Olympics are not particularly sports fans. More women watch the Games than men, and for the women, they’re less interested in the result and more interested in the journey. It’s sort of like the ultimate reality show and mini-series wrapped into one.”

Those remarks from Miller got roundly roasted by many, including a lot of female sports fans. And that was especially during disasters like NBC’s tape-delayed “spectacle” coverage of the opening ceremonies (which produced the lowest ratings for those since 1992, and which was blasted by just about everyone). Fortunately, Solomon already seems to understand what not to say there. And not worrying that much about gender seems like a smart approach, especially compared to past ham-handed attempts along the lines of “women watch sports like this, men watch sports like this.”

It also seems like Solomon won’t have to deal with much of the long–panned tape-delayed primetime coverage, as NBC evolved away from that in 2018 (only two years after Bell told a writer complaining about it to “move back East“). So she’s inheriting a NBC Olympics production that saw some notable improvements in PyeongChang (although there were still plenty of downsides and controveries, plus the lowest ratings ever, which CBC’s ratings success proves wasn’t just about the time zone). And she has an impressive background both with NBC’s Olympic coverage and more recently with the Golf Channel. We’ll see what she does in this new role, and what innovations she brings.