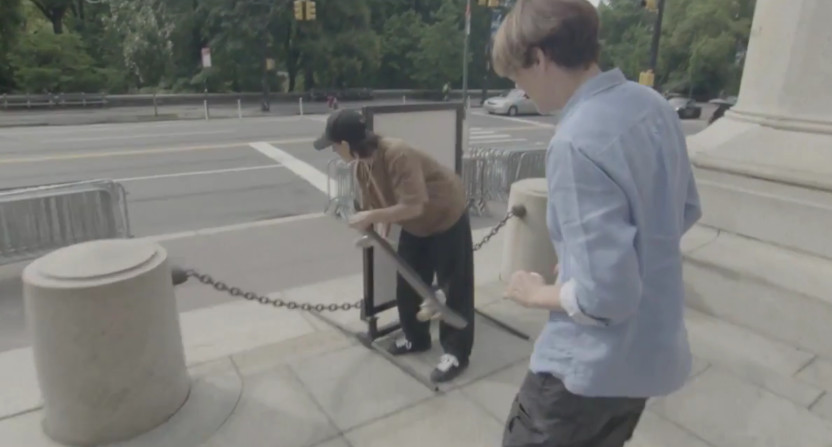 Beyond the live events at the Olympics, much of the appeal of the TV coverage is often in well-done features on particular athletes with remarkable stories. Mary Carillo has often particularly shone in that role for NBC, whether as a reporter on a particular sport, a reporter on particular athletes, or as a host of coverage, and she’ll again serve as an Olympic correspondent for them in Tokyo. But some good Olympic storytelling’s already coming out ahead of them, including from Carillo; she’s also known for her long-running (since 1997) work on HBO’s Real Sports with Bryant Gumbel, and her latest feature there (on Tuesday’s edition, which premieres at 10 p.m. ET on HBO and HBO Max) is a excellent piece of Olympic storytelling on American street skateboarder Alexis Sablone.

What’s remarkable about this piece (reported by Carillo and produced by Maggie Burbank) is that at the start, it goes against so much of what you expect from a sports profile. In fact, it sets up like something that’s going to be a complaint about skateboarding even being in the Olympics. It starts with Sablone talking about how she doesn’t like scoring in skateboarding (“There’s this sportification of skateboarding happening, but skateboarding itself is not a sport”), then goes into her background in exploring science and physical boundaries as a kid (including an interview with her mother), then her trailblazing appearance in a skateboarding video, and then how she reluctantly turned to competitions (male skaters were getting sponsored just for video appearances, but she wasn’t) despite hating them, something she still feels today.

“Competition for me is definitely unpleasant. It’s like the most stress you’ve ever been in. When I think about just the start of a contest, I can get a heart palpitation just thinking about it. Someone standing in front of you, counting you down, and then just ‘Go,’ like, skateboard on command. I remember being like ‘I hate contests, I never want to do that again.'”

The piece then takes a turn into Sablone’s other remarkable talents. Carillo explores her Brooklyn studio, where she creates art, designs sculptures (including a skateable one in Sweden), and designs shoes. And Sablone says there’s overlap with that side of her (which includes a master’s in architecture from MIT) and with her love of skateboarding.

“I think there’s this element of creativity and imagining what’s there that ties design and skateboarding together. As a designer and an architect, it’s like you’re trying to create something from nothing.”

That’s then further illustrated with a clip from a video Sablone made at the start of the pandemic, which had her not only skateboarding, but working the camera, scoring the music, editing the video, and creating the animation.  She then goes on to discuss her shoe design, which has led to her having a signature shoe with Converse; that’s her first paid sponsorship, at age 34.

“After all those years of skateboarding to suddenly have a monthly paycheck for skateboarding, in my 30s, it’s pretty crazy how that worked out.”

The segment also includes some fun skateboarding shots, including Sablone walking around the exterior of the American Museum of Natural History with Carillo, illustrating where good tricks can be done there, then doing those tricks and getting chased off by security. And that leads into a fun conclusion that ties it all back together, where Carillo asks “By competing in the Olympics, are there going to be fellow street skateboarders who think, ‘Ah, she’s sold out,’ and Sablone responds “Probably. When I was 10 years old, I probably would have thought that about myself. But skateboarding’s changed a lot. And not many people get this opportunity. It’s the Olympics, it’s an honor. …I’m sure everyone will be watching. I just try not to think about that part.”

This piece is beautifully done, illustrating why someone who doesn’t prefer skateboarding competitions has wound up doing that in the Olympics anyway. And it’s a tremendous way to show off a unique American Olympian. It”s also a good way to get excited for seeing more cool stories on Olympians in the months ahead.