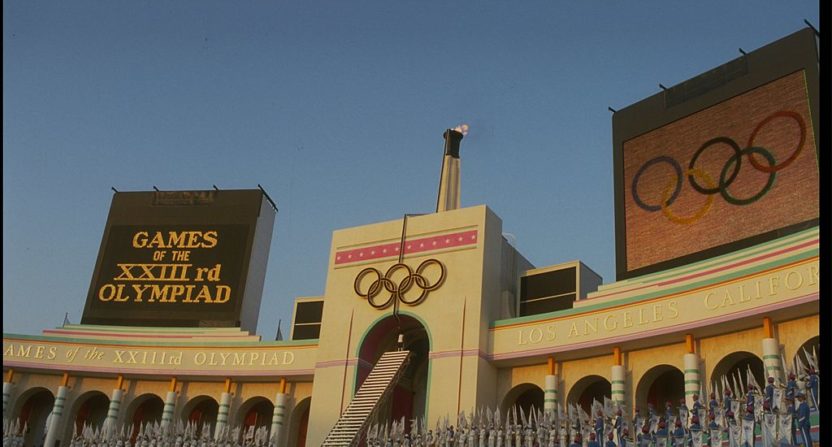 With the news that Los Angeles has made a deal with the International Olympic Committee to host the 2028 Olympics, it means that NBC will have its first “home” Olympics since the 2002 Salt Lake Winter Games and first “home” Summer Games since Atlanta in 1996. And yes, NBC has had time zone-friendly Olympics in recent years including Vancouver in 2010 and Rio last year, but nothing as the host broadcaster since the early aughts. NBC is the rightsholder of the Olympics through 2032.

NBC will be soon popping champagne corks as it will finally be able to telecast a U.S.-based Games and plans will be unveiled in the coming months and years for the 2028 L.A. Olympics. As it begins a streak of three straight Olympics in Asia, NBC knows it can look forward to planning for an Olympics in the United States.

The last time Los Angeles hosted the Olympics in 1984, ABC drew huge ratings and was able to use the Games to promote its primetime lineup. Expect NBC to do the same.

But with new technology being developed, how will we consume the Olympics? In the Rio Olympics, NBC put over 6,700 hours on its various platforms and made them available on TV, mobile phones, tablets and computers. What will be used in 2028? With television consumption dropping, how will NBC reach the coveted younger viewer? The next decade will certainly bring new platforms. Will watching on mobile phones become obsolete by 2028? Will we have something to replace the tablet over the next few years?

In its contract to extend its rights to air the Olympics through 2032, NBC had language inserted that it will air and stream the Games on current platforms and through technology that has yet to be developed:

Once, such deals had to contemplate only television, but smartphones and tablets have become an increasingly large segment of the viewing audience, and no one can guess how people will watch sports in 2032. The new Olympic contract acknowledges this, stipulating that NBC will have the exclusive rights to broadcast the Games on whatever technology emerges between now and then.

In regards to the events, the glamour events like beach volleyball, diving, gymnastics, swimming and track and field will be scheduled so NBC can air them in primetime. Gymnastics will likely be in the afternoon so it can be shown at night for the European audience. but the others will certainly be aired between 4 p.m.-9 p.m. PT so they can be seen when viewers are home in the Eastern and Central time zones.

NBC has been eagerly waiting for an Olympics in the United States and with the Games in Los Angeles, the Peacock has an established base in Southern California to help with production.

The only question is how will be watching and will younger viewers be there to make it all worthwhile.