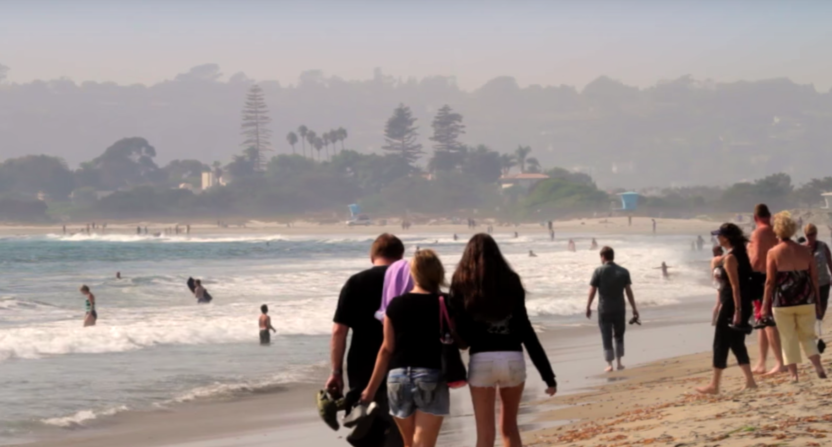 Given that every sport in the Winter Olympics takes place in the cold weather, you would probably expect that the people who most enjoy watching the events live in, you know, the cold weather.

And based on primetime ratings data from the Olympics so far, it seems as if that is in fact the case — well, mostly.

As reported by AdWeek, NBC’s Salt Lake City affiliate was the top rated for the first 10 days of the Games, followed by Denver, Milwaukee, Seattle, Kansas City and… San Diego?

Yep, San Diego, where it’s always 75 and sunny, where snow is rarer than a Padres playoff berth, where skiing is an abstract concept. Further down the list, past Minneapolis, Portland and Sacramento, you’ll find two more warm-weather cities, in Austin and West Palm Beach. Per AdWeek, here’s the full list, with affiliates and their average primetime ratings included:

This data is a few days old, but San Diego, Austin, West Palm Beach and other sunny outposts have popped up often in NBC’s daily releases outlining primetime ratings by market. For example, Austin, West Palm Beach and Fort Myers ranked among the top 10 markets for Wednesday’s Olympic action, while Austin and San Diego cracked the top 10 for Tuesday night’s events. So the early returns appear to have been no fluke.

So what’s the reason behind the surprise top markets? Well, it’s hard to say. Maybe local stories in those cities are driving viewership? Maybe a lack of professional teams in San Diego, Austin and others leave viewers with little else to choose from? Or maybe beach-goers just have a greater appreciation for ice dancing than we would have thought.