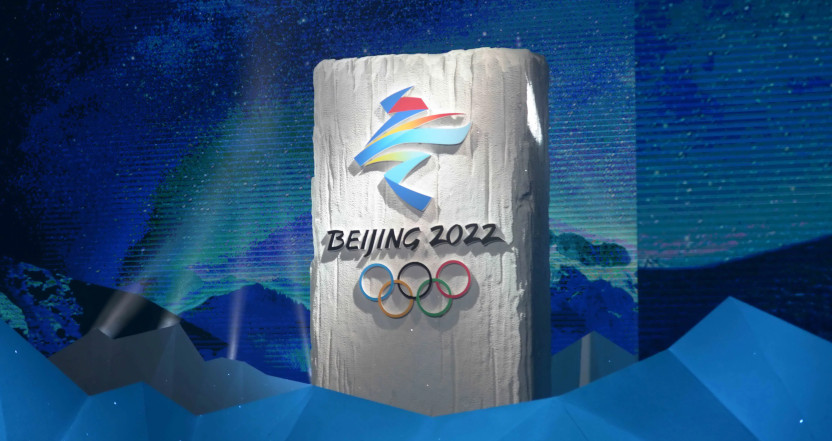 We’ve previously written about how the upcoming Beijing Olympics will see NBC not send event commentators and ESPN not send reporters, plus how individual reporters like the CBC’s Devin Heroux are unable to go thanks to previous bouts with COVID-19. The COVID situation (and the Chinese government’s strict protocols around isolation for anyone who tests positive when there) is the major part of all of those moves, but as mentioned in those previous pieces, there are lots of other concerns for reporters in going to China, including the possibility of government spyware being put on your devices (which saw part of the Committee to Protect Journalists’ safety advisory earlier this month include recommendations to take only burner electronics) and app-tracking data being used for censorship rather than COVID-tracking purposes. Paul Farhi of The Washington Post has a piece published Thursday looking at the overall challenges for journalists heading to China for these Olympics, and it has some interesting comments :

Journalists covering the Winter Olympics next month say they’ll do their work in Beijing on brand-new cellphones and laptops. When the Games are over, they’ll simply leave them behind or throw them away.

…Local organizers, in concert with the International Olympic Committee, have imposed the tightest restrictions on reporters ever for an Olympics, which begin Feb. 4.

…“It’s naive to think the pandemic hasn’t played right into China’s hands,” said Christine Brennan, a USA Today sports columnist for whom the Beijing Games will be her 20th Olympics. “They would have wanted to control us, anyway. This just gives them another excuse. China will be China.”

…In addition to using a new phone and laptop, USA Today’s Brennan said, she intends to keep her devices’ camera lenses covered when not in use, after hearing warnings that hackers can manipulate cameras from afar to surveil a user.

Another veteran sportswriter recalled an incident that he suggests should serve as a warning to reporters. During a 2007 trip to report on preparations for the 2008 Summer Olympics in China, he returned to his hotel at the end of the day to find that someone had rifled through his belongings, including his laptop.

The journalist, who spoke on the condition of anonymity to protect the identity of Chinese nationals who aided his reporting, dismissed the episode as would-be petty theft. But colleagues later told him that clandestine searches of journalists’ possessions by state security agents aren’t unusual in China.

As for the COVID tracking information in particular, Farhi notes that journalists covering these Games have to upload their temperature and/or possible COVID symptoms to a special app each day for two weeks before the Olympics and then during them, and that the information there will be available to Chinese local and national governments. He also references a report around a security flaw in that app this week from Canadian cybersecurity group Citizen Lab, based at the University of Toronto’s Munk School of Global Affairs and Public Policy. That report, by Jeffrey Knockel, has a batch of disturbing key findings:

There are obviously a lot of concerns with that. And that’s why we’ve seen strong warnings from the likes of the CPJ. Here’s some of their safety advisory:

Phones and laptops could be contaminated with malware while in China, and you should leave both personal and work devices at home. Use an old phone and laptop or buy new devices for the assignment.

…Wipe old devices before you travel. (Back up anything you might need first.)

…Understand that all data stored in online services – public and private – could be vulnerable should you log into an account while in China.

Limit which social media and messaging platforms you will use to those that are essential for contacting work or family. Consider having a backup way to reach people in case one does not work in practice.

Ask journalists already in China to recommend a functioning VPN and try to find a few options in case you encounter internet restrictions. Note that accessing an unlicensed VPN could be used against you if officials are looking for an excuse to penalize you.

…Create a new work email account specifically for China and use it for the duration of your trip. Avoid logging into your regular work services like email completely in case the content is exposed, and prepare colleagues and away messages accordingly.

That’s only a small selection of what’s in that advisory, but it helps illustrate some of the many potential issues with covering these Games in person. And that’s before discussions of how little coverage journalists there will be able to do outside of specific sporting events, with the Chinese government’s COVID restrictions also making it so journalists are kept to a “closed loop” of hotels, event spaces, and work spaces, and with the IOC playbook for journalists even prohibiting them from talking to spectators. It’s also worth mentioning that while the 2008 Summer Olympics in Beijing didn’t have these COVID protocols, things still went quite poorly there for many journalists. And the press freedom situation has gotten worse since then on several fronts, as discussed by CPJ Asia Program Coordinator Steven Butler in a piece published on CPJ’s site earlier this month:

In the run-up to the 2008 Summer Olympic Games in Beijing, China made many promises. Journalists would be allowed to travel the country and talk to anyone willing to talk to them without interference. But it didn’t turn out that way. During the Games themselves, the Foreign Correspondents Club of China (FCCC) documented at least 30 cases of interference in reporting, including police assaults of journalists. In the first eight months of 2008, the FCCC documented 172 incidents – nearly as many as in all of the previous year – suggesting that violence, harassment of sources and staff, destruction of journalistic materials, detentions, and surveillance actually took a turn for the worse during the run-up to the 2008 Games.

Since the 2008 Games, China has prevented journalists from freely covering China, including in Hong Kong. A simple statistic tells the story. In 2008, CPJ counted 30 journalists in jail in China. For 2021, the total came to 50, making China the world’s leading jailer of journalists for the third year running. One of them is Zhang Zhan, who sits in a jail in Shanghai, wasting away from a hunger strike, after she walked around the city of Wuhan in the spring of 2020 asking people about the spread of COVID-19 and putting up videos on the internet. For the first time since CPJ began its annual survey of imprisoned journalists in 1992, Hong Kong journalists appeared on the list in 2021.

The FCCC has documented a steady deterioration of the treatment of international journalists working in China. As the FCCC noted in 2021, “media freedoms deteriorated significantly” since the year prior. At least 18 foreign journalists were expelled in the first half of 2020, while replacements were refused visas. Overall, the report offers a chilling description of the intense harassment and surveillance of international journalists who try to report the news.

There are many top journalists who will be going to these Games, and there unquestionably will some reporting that finds ways around all these challenges. But this goes to show how difficult covering these Olympics in person is going to be for many. And it will be interesting to see what journalists are able to do from China despite these handicaps and concerns.

[The Washington Post, The University of Toronto, The Committee To Protect Journalists; ]