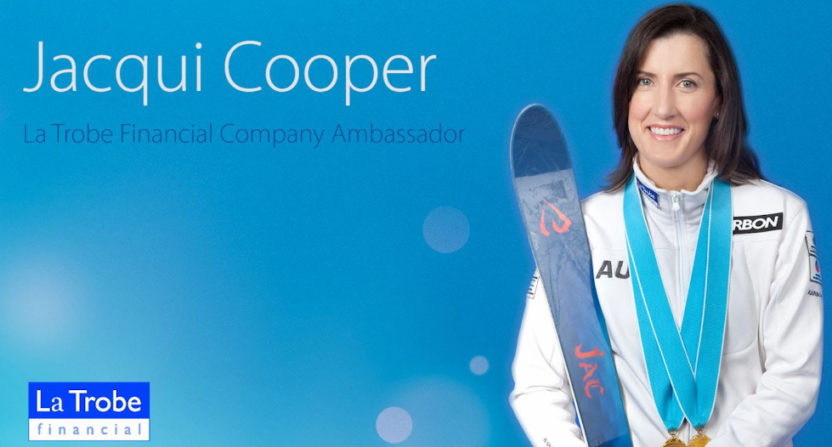 Given the international nature of the Olympics, cultural commentary occasionally creeps into broadcasts, and that can cause big problems. We’ve seen that with the backlash against Joshua Cooper Ramo for his “Japan is a cultural, technological and economic example [for South Korea]” comment on NBC’s Opening Ceremony broadcast, which eventually led to the network parting ways with him, and in a lesser way, with the criticism Katie Couric took for her comment on the same broadcast that the Dutch commute to work by skating (which she eventually apologized for). But the case of Australian freestyle skiing commentator Jacqui Cooper is maybe a more nuanced one, and an interesting one to discuss.

Cooper, a five-time Olympian in freestyle skiing herself who was calling the women’s freestyle skiing for Channel Seven, was widely ripped and accused of racism for her on-air comments on Chinese skier Yang Ting’s run Thursday morning. She said “Double-twisting double somersault. Not a massive degree of difficulty. Very nicely done, great control. Very Chinese. They all look the same. Very hard to tell who’s who.”

She’s since defended herself by saying she was talking about how the Chinese aerials team has one coach who emphasizes the same technique and style for all five of his skiers. Here are the initial comments:

Just finished the Aerials, I’ve noticed a whole bunch of comments about my remarks re the Chinese. I need to make it clear I was talking about the jump. The Chinese are trained by one coach with one technique, their aim is all to jump the same.
Bring on the final tomorrow night.

Her employer also issued a statement defending her:

“During tonight’s commentary of the women’s aerials, commentator Jacqui Cooper, a former Olympian and world champion, noted that an aerial maneuver was in a technical and style sense, very Chinese. Meaning that the whole of the Chinese aerial team are trained in the same way – and the maneuver referenced was a classic, technically perfect, trademark of that team’s style. At no time was the commentary racist, intended to be racist or offensive.”

There’s some merit to that defense, and Cooper certainly looks better if that was the point she was truly trying to make than if she was saying she couldn’t tell the Chinese skiers apart based on their appearance, not their runs. It wouldn’t be the first time that an Olympic commentator’s remarks were perceived in a way other than they were intended; another example comes from CBC swimming analyst Byron Macdonald’s “died like a pig” when he thought he was off-air in 2016, and maybe a more problematic one comes from NBC skiing analyst Bode Miller’s commentary Wednesday night suggesting a skier’s marriage was to blame for a downturn in performance (he later called it “an ill-advised attempt at a joke” in an apology, but that wasn’t all that convincing). But that doesn’t mean that Cooper’s decision to make this comment this way was the right one.

Maybe the larger lesson here is that sports commentators need to be very aware of what they say and how they say it, and not just how their comments stack up with what they intend, but also how they can be perceived by the public. Cooper’s point here about the Chinese skiers making similar jumps is absolutely a valid one, but there are ways to explictly say that without bringing a backlash for potential racism down on yourself. If Cooper had spelled this out on air the way she did in her tweet, there wouldn’t have been a controversy. And commentators should be aware of, and avoid, language that has been used in racist ways, such as implying that people of Asian descent all look the same.

Cooper’s comments here weren’t necessarily bad in their own right, but it’s also understandable why they sparked a backlash, especially as she didn’t provide the context of what she was talking about on air. The smarter approach might be for commentators to carefully consider what they’re saying with anything that might approach cultural commentary, and consider and how that could be interpreted, not just how they intend it.