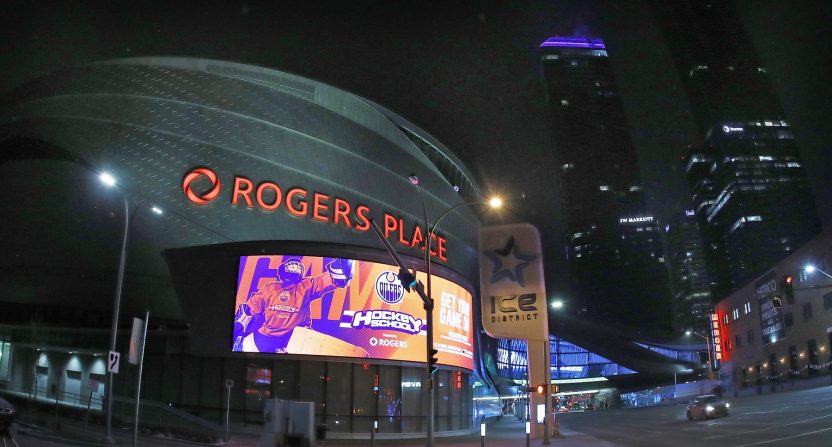 NHL action is expected to start up in a pair of bubbles this week, with games taking place north of the border in Edmonton and Toronto. Access to those bubbles is understandably limited, but there hasn’t been much discussion about the members of the media that will be allowed inside the bubble. It turns out that only three league-employed media members will be receiving that access, a turn of events that should cause fans to be skeptical of any coverage of the NHL from inside the bubble.

On Monday, the Professional Hockey Writers Association (PHWA), Associated Press (AP), and Associated Press Sports Editors (APSE) objected to the NHL’s policies (which they claim the league never discussed with them), and advocated for three independent media members to receive the same access.

The Associated Press Sports Editors, The Associated Press and the Professional Hockey Writers Association vehemently object to an unfair and restrictive NHL policy that provides exclusive, unfettered access to three league-employed journalists while excluding independent media from players and staff inside the two “bubble” cities, Edmonton and Toronto.

This restrictive access policy by the NHL — that allows its writers “bubble” access — was never discussed with writers or editors in advance. It denies the media who regularly cover the league the ability to fairly and completely report in the fashion our audience has come to expect with the access we have worked decades to achieve.

We urge the NHL and its leadership to reconsider this policy and look at what other professional leagues, such as the NBA, are doing to ensure that independent media is represented within the “bubbles.” APSE and AP agree with the PHWA that allowing three independent media writers access within the bubble, the same number afforded league-employed writers, would be an equitable solution.

We look forward to a just resolution to this access issue that is at the core of what we as a free press are about.

I understand the position of both sides here. The NHL essentially went with the “nothing” part of the all or nothing approach regarding independent media, excluding all non-league owned outlets instead of opening the bubble doors to all media members (which would have drastically increased the amount of people needing to be tested and tracked). If the league allowed independent media members in, as proposed, there would inevitably be another discussion to be had about favoritism towards certain outlets as opposed to others.

On the other hand, it’s something of a joke that the only content fans will get inside the bubble are from those employed by the NHL. If some sort of unflattering situation erupts (which it inevitably will), will that league-owned media bother to discuss it, let alone dig deep and report on it? If so, the concern may be somewhat overblown. If not, I would argue that the concerns of the PHWA, AP, and APSE are right on the money.

I wouldn’t be surprised if the NHL eventually gave in and allowed some independent media members in the bubble, especially if those media members are already in Toronto or Edmonton and have gone through the requisite quarantine and testing. But if the league doesn’t decide to allow non-league-owned media into the bubble, you should probably take a lot of the bubble content you’re seeing with a substantial grain of salt.