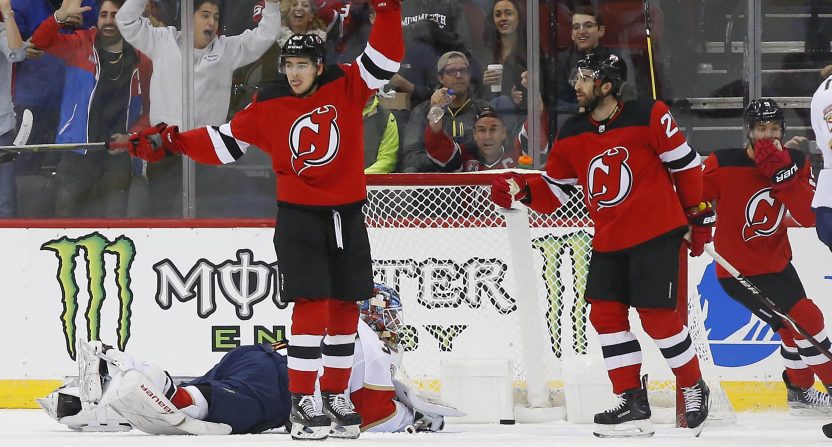 Increasing the worldwide fanbase is what’s on the mind for the four main sports leagues in the United States. All four leagues are playing games in a variety of regions across the world looking to enhance their reach and bring in new fans from untapped markets.

According to Sports Business Daily, the NHL is scheduling more regular season games on weekend afternoons in order to cater to a European audience. Sure, NHL games played on weekend afternoons is nothing new, but the league has changed the start time of nearly 50 games this season for the purpose of broadcasting games in prime time across the European continent. This started on October 13 with an Oilers/Rangers and Golden Knights/Flyers doubleheader. The afternoon games will be dubbed as the “European game of the week” in those foreign markets.

Weekend games in the afternoon shouldn’t be a big deal among fans and U.S. or Canada based viewers. An 8 p.m. start time in Europe would likely mean a 2 p.m. start here, which is certainly doable for East Coast fans. That might be more difficult for West Coast games because games would need to start in the morning, but that can be solved by showing a game later in the evening in Europe in a similar way we schedule games here.

But this international outreach, where teams travel and play in another country, can only go so far. Holding games in Europe is great, but due to the difference in time zones, any game played in prime time in the United States will be shown in the middle of the night in Europe. That means when these leagues hold their championship games, it will be difficult to grow an audience in Europe when games are shown in the middle of the night. While the NHL will always give preference to American and Canadian audiences in terms of scheduling, the NHL also realizes that when almost a third of the players in the league are European, European based fans deserve to watch some games at a reasonable time for them. This seems like a reasonable compromise.