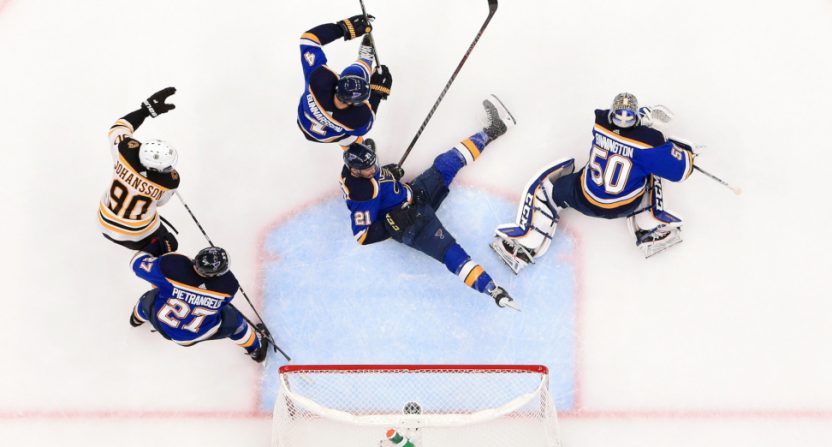 Update:  In final viewership, Game 4 was actually up slightly year over year. Here’s more from NBC’s release on that:

Our original post based on the overnight ratings, which were slightly down year-over-year, follows.

As Paulsen notes at Sports Media Watch, that’s the fourth-highest mark for a Game 4 aired by NBC’s networks. But the important context to keep in mind there is that only eight of those have aired on broadcast NBC; Versus/NBCSN aired Games 3 and 4 (instead of the current 2 and 3) from 2009-12, and again from 2014-15. So this is middle of the pack at best, and below the last couple of years.

However, there is some good news for NBC on the cable ratings front. Game 3 marked the last game they’re showing on cable this year (the rest will be on broadcast NBC), and that gave them a chance to talk up improved cable ratings in their release.

A two percent uptick certainly isn’t huge, but those numbers aren’t bad considering that that includes a lot of first-round games, some of which were competing with each other. So the playoffs as a whole have gone decently for NBC, and even these Stanley Cup Final ratings aren’t disastrous.

The 2019 final is going to work out better overall for NBC, though, thanks to series length. Last year saw the Washington Capitals beat the Vegas Golden Knights in five games, and this one’s going at least six thanks to the Blues equalizing the series at two with Monday’s win. And there’s a possibility of a Game 7, which hasn’t happened since 2011 (a series also involving Boston). So there could still be ratings rewards to come. But so far, while Blues-Bruins hasn’t fallen off a cliff, and while it’s been better than series like 2016’s San Jose Sharks-Pittsburgh Penguins clash, it’s been a bit below the past few years.