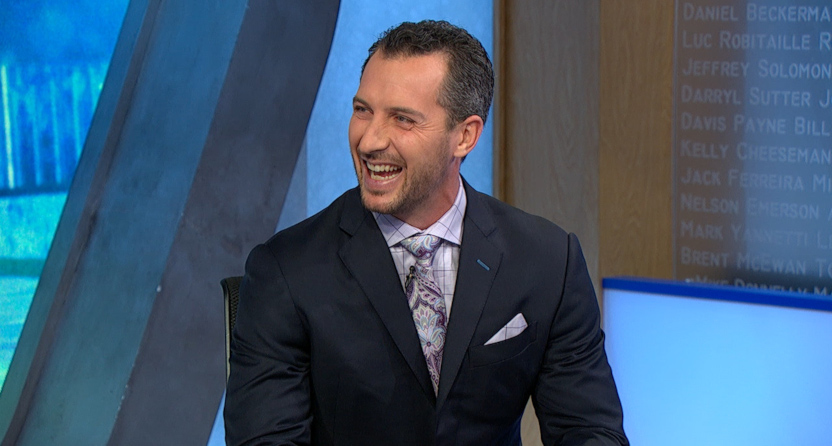 Back in September, NHL Network announced that 13-year NHL veteran Ryan Callahan was joining their roster of on-air analysts. Callahan is doing in-studio work for the network this week, and he spoke to AA Tuesday about his transition from playing (his final NHL season was with Tampa Bay last year) to commentary, his thoughts on what he can bring to the network, his thoughts on NHL players being unlikely to go to the 2022 Winter Olympics, and how he sees the current discussions about hockey coaches and physical and verbal abuse. To start with, Callahan said studio work has been a nice way for him to stay involved with the NHL.

“It’s been good, I’ve really enjoyed it. It’s been a bit of an adjustment, obviously, but I’ve enjoyed staying involved in the game, talking about the game, trying to share my knowledge a little bit with the fans.”

Callahan said one notable shift for him from playing to analysis has been the need to follow a wider range of teams closely.

“I think the biggest thing is just paying attention to everything that’s going on in the league. To be honest with you, when you’re playing, you’re kind of concentrating on your team, maybe your division or teams you’re going to play. Here, you’ve got to be fully involved with every team and then with what’s going on around the league. Especially on the west coast; those are the teams you kind of lose track of while you’re playing just because you’re so busy, where now I’m paying more attention to those teams.”

During his career, Callahan served as a captain for the New York Rangers from 2011-14, and he said he hopes to use that leadership experience to bring insight to viewers.

“There are only so many guys that have been captains on NHL teams. I think you can give the perspective of an NHL captain on what they’re thinking, how they lead, things like that. I think you can kind of give fans an inside look to what a captain thinks or what a captain is doing to lead a team, something that not everyone gets a chance to see or here.”

He said his larger focus is just on being who he is and letting viewers in on the little things he sees, though.

“To be honest, I just try to be myself when I’m on. In playing in 13 NHL seasons and seeing a lot and doing a lot in my career, I hope that I can bring just the knowledge I have of the game and maybe an inside look and peel some layers back and hopefully let fans see a different side of the game. Maybe the average fan watching game doesn’t see a play here or play there that I can point out to them, or intricate details of a game.”

"Just greasy."@TheRealCally24 knows a thing or two about being on the ice against Sidney Crosby. #NHLTonight pic.twitter.com/keXCKR3jA2

Callahan also spoke to AA about a couple of ongoing issues in hockey. One is the Olympics. Callahan played for the U.S. team in both the 2010 and 2014 Games, winning silver in 2010, and he said that’s one of his favorite memories from his career. But the NHL currently seems highly unlikely to go to the 2022 Olympics, and Callahan said he’s disappointed that current players won’t get the chance he did to represent their country at the Games:

“I think it’s a shame, to be honest with you, that the players aren’t participating in the Olympics. I know when I got a chance to be in two Olympics, it’s probably the highlight of my career. To be able to compete internationally for your country, it was such an honor to be able to do that and put on your country’s colors and be on a world stage like that competing.”

“I know now there’s guys that aren’t going to be able to do that, and I think it’s a shame. It’s supposed to be the top athletes in the world that are competing at the Olympics, and I think the best of the best in hockey should be over there competing as well. And I feel bad for the guys now that aren’t going to get the chance to just to share in the same experience I did.” 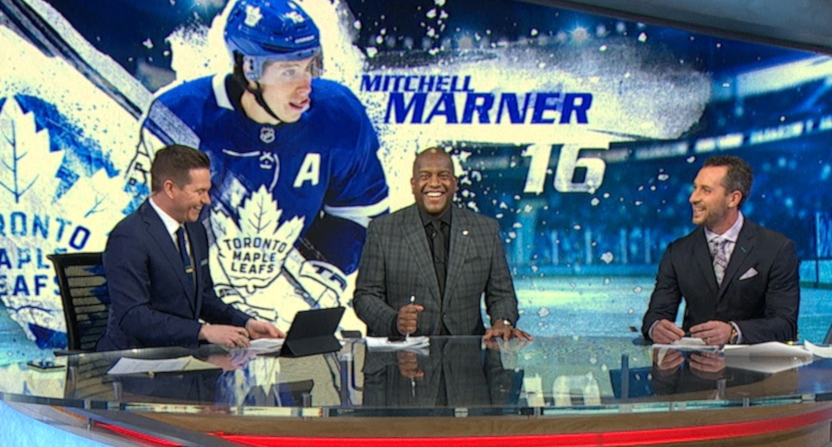 Callahan discussed the ongoing conversation around coaching as well, saying that he thinks it’s important for NHL coaches to behave in line with expectations of professionalism in other industries.

“I think a coach should conduct himself and handle himself in a professional manner. Whether that’s in a business world or in a hockey team, I don’t think that changes. And there has to be that respect there from the players to the coaches and the coaches to the players. So obviously some things have come out now, things have happened in the past that some coaches are going to have to answer for. Obviously it affected a lot of people in a bad way that are still dealing with the trauma that they went through while they’re playing. I think it’s pretty simple; you just have to respect people, or treat people how you want to be treated, and treat everybody with respect. And that doesn’t change because you’re an NHL coach.”

Overall, Callahan said he’s impressed with the skill and speed in today’s NHL, which has changed a fair bit from when he started in the league in 2006-07.

“Over the 13 years that I played, it’s definitely developed and changed a lot. I remember in the older days a lot more clutching and grabbing and more fighting. I think it was more physical. But now, and last year, and the last couple of years I played in the league, there’s so much skill and speed. Speed is the biggest thing that I’ve noticed that has changed; it is how fast these players are. Our players can make decisions quickly at that speed, make plays quickly at that speed. And the young guys coming in, the amount of confidence and skill they have, it has definitely changed.”