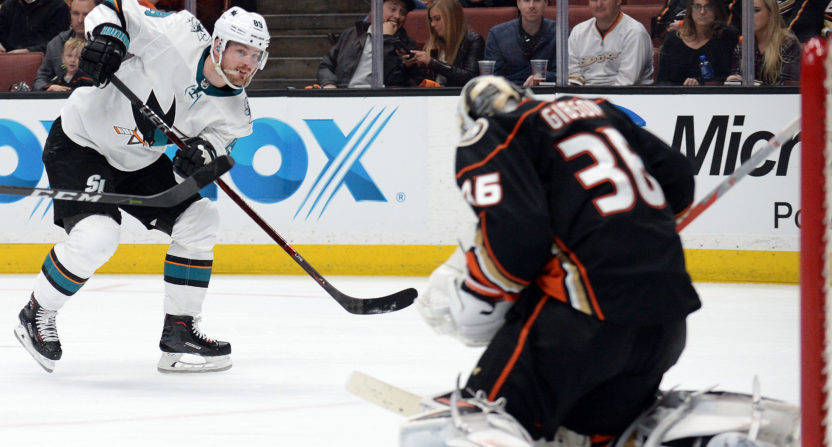 ESPN is going back in the pool with coverage of the NHL, but hockey fans will have to pony up for an ESPN+ subscription for that extra coverage.

On Friday, ESPN announced that beginning May 4, its new ESPN+ platform will carry Quest for the Stanley Cup, a weekly documentary series that previously aired on Showtime. The show offers behind-the-scenes access to the Eastern and Western Conference Finals, as well as the Stanley Cup Final.

ESPN Quest for the Stanley Cup – an all-access look behind the scenes as the #StanleyCup Playoffs unfold.

ESPN+ will also be adding replays of Stanley Cup Playoff games throughout the NHL playoffs, though some games in the first round won’t be available until 48 hours after airing.

In addition to carrying Quest for the Stanley Cup, ESPN+ will be the home of a new nightly hockey show called In the Crease, hosted by Linda Cohn and Barry Melrose. ESPN says that In the Crease will be based around highlights, analysis, and interviews, while other ESPN writers and personalities will also make appearances.

“I’m very excited to team up with the great Barry Melrose to talk hockey, and only hockey, every night during the Stanley Cup Playoffs on ESPN+,” said Linda Cohn. “Fans are going to love the show especially because there are no commercials and they can watch us whenever they want. That’s the beauty of ESPN+. And, Barry’s suits will never look better!”

Melrose added, “I’m really looking forward to doing this wrapup show on ESPN+. It’s going to be a blast working with Linda. No one loves hockey more than she does, except maybe me. We’re going to wrap up every game, every night, every playoff round, every week, every month, every day that the playoffs are one. You’ll get highlights, our takes on the games, all with the energy Linda and I have for the game. Hockey fan or not, you will enjoy watching. Tune in every night after the playoff games to hear what Linda and I think!”

Next fall, hockey fans can also add an NHL.tv subscription to their ESPN+ subscription for $24.99 a month, like baseball fans can with MLB.tv right now. Disney is the majority owner of BAMTech, the tech company that runs WatchESPN, MLB.tv, and NHL.tv, among other streaming services.

Between Quest for the Stanley Cup, In the Crease, and the 180 regular-season games available on the ESPN+ service, ESPN has made its new platform a pretty compelling destination for NHL content. Of course, most hockey fans would prefer all this coverage on ESPN’s linear networks, where they could access it with a basic cable subscription, but subscription-based content beats no content at all. And the fact that ESPN once again has some investment in hockey, more than a decade after it lost its NHL package to NBC, should only be good news for the sport and its followers.