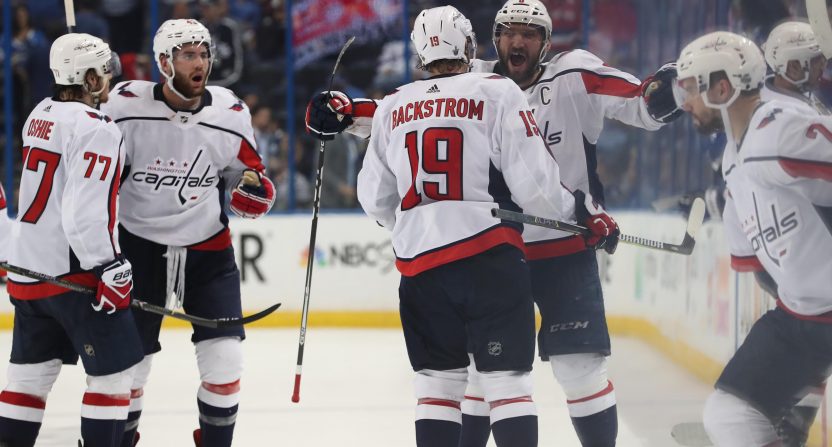 The NBA has gotten a lot of attention this spring for its strong postseason ratings, but it’s not the only league drawing impressive viewership at the moment.

On Wednesday night, NBCSN pulled a 2.14 overnight rating for its coverage of the Capitals-Lightning Game 7, the best figure on cable this postseason and the top non-overtime Game 7 in three years. It was not a historic number, but it was a very healthy one, continuing a trend that has continued throughout the playoffs.

That’s a lot of words and numbers to make a simple point: A lot of people are watching the NHL playoffs this spring.

Even better, all of these well-rated games have culminated in an irresistible Stanley Cup Finals matchup. On one side will be the Vegas Golden Knights, one of the wildest underdog stories in recent sports memory, on the verge of a championship in their first season of existence. And on the other side will be the Washington Capitals, led by one of the greatest and most famous hockey players alive in Alex Ovechkin, looking to finally secure a title after a decade of playoff disappointment. From a casual fan’s perspective, it’s hard to imagine a more compelling matchup. In other words, the good ratings news figures to continue.

The Stanley Cup Final will begin Monday at 8 p.m. ET on NBC.