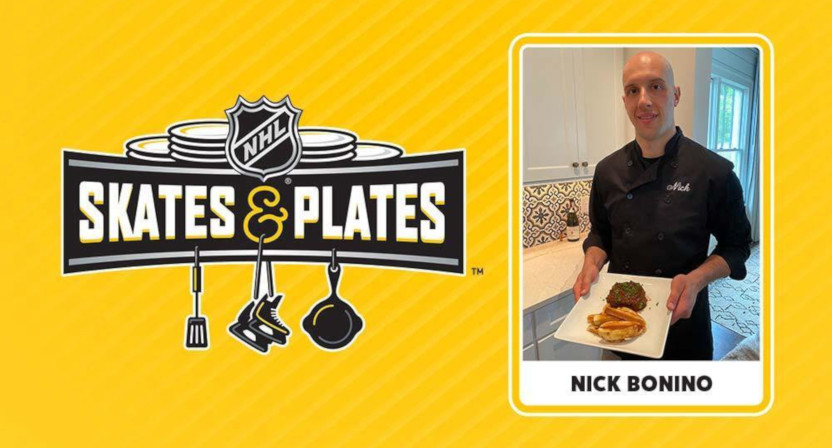 We’ve seen some interesting original content from the NHL over the years, and the latest NHL Original Productions effort is even further from what you might expect. Skates & Plates will debut on NBCSN (in the U.S.) and on Rogers Sportsnet (in Canada) Wednesday at 4 p.m. Eastern, with a replay airing on NHL Network Thursday at 9:30 p.m. Eastern. It’s a cooking show, featuring NHL players making particular dishes with remote instruction from famed chefs.Here’s more from a release (via Ian Oland at Russian Machine Never Breaks) on what to expect:

…The recipe for each dish prepared on the show will be made available to fans at NHL.com and the NHL’s Twitter channel. Fans are encouraged to share snapshots of their homemade attempts at the recipes on social media with the hashtag #hockeyathome.

In episode two, chef Marc Forgione coaches New York Rangers defenseman Jacob Trouba on how to prepare one of his favorite dishes from Forgione’s eponymous New York City restaurant. Air dates and times for the second episode will be announced next week.

And here’s a trailer for the first episode:

The idea of cooking shows with remote instructors and participants has already seen some success, including with Guy Fieri doing Diners, Drive-Ins and Dives: Takeout Edition on Food Network.And while this may not be what you’d expect from NHL players, it’s certainly different and interesting NHL content to fill some gaps (between all the archived games) for NBCSN, Sportsnet and NHL Network ahead of the league’s proposed return to play. And NHL players and other athletes have been posting plenty of cooking experiments and other stories from their lives on various social media platforms during quarantine, so this is in that vein, just with higher production values and with chefs contributing to it. We’ll see how this turns out, but the idea certainly would seem to have some merit.