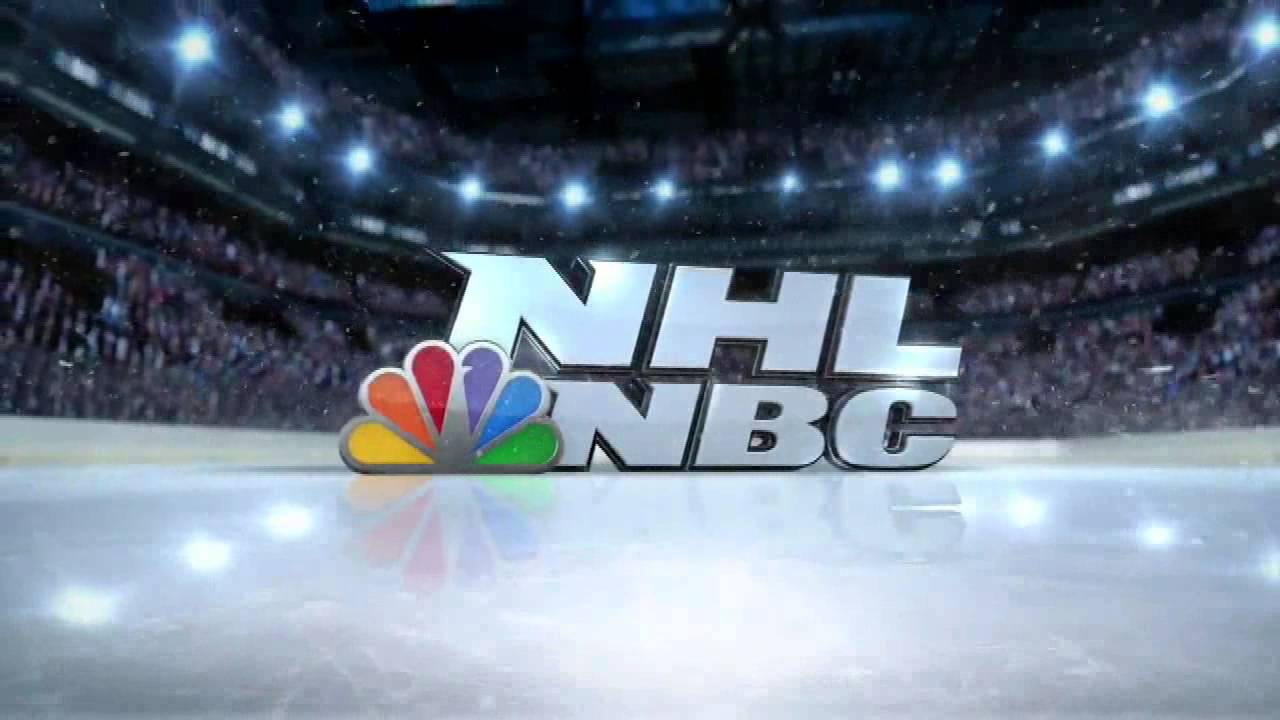 NBC unveiled their plans Monday for their coverage of the NHL’s resumption of play, with exhibition games starting Tuesday and postseason play beginning Saturday. One of the most interesting notes from their announcement is where the commentators will be. As per that release, John Forslund, Mike Milbury and Brian Boucher will be on site in Toronto, while Pierre McGuire will be on site in Edmonton, but the rest of their commentators will be remote. Mike “Doc” Emrick will call games from a home studio in Michigan, while other broadcasters will call games and provide studio analysis from NBC’s studios in Stamford, Connecticut.

NBC will originate the world feed from Toronto, with some producers and directors on site there. Canada’s Rogers Sportsnet will originate the feed from the Edmonton games, but NBC will be adding their own commentary and graphics to it, and that will be done remotely. Many of the Toronto games will be called remotely as well. But NBC Sports executive producer and president (production) Sam Flood said on a conference call Monday that “Eventually the majority of the calls will come from inside the buildings.”

What’s it going to be like calling these first batches of games remotely, and calling them from different locations (when it comes to broadcasts with Emrick providing play-by-play from Detroit and Eddie Olczyk providing analysis from Stamford)? Olczyk weighed in on that on the call, saying it may take some getting used to for the announcers, but he doesn’t think it will make a big difference for viewers at home.

“It’s up to us to sell it, and to engage our fans and the fans of the National Hockey League. I talked about the unknown of the qualifying rounds, and it really is, it’s up for grabs.  Players and teams and coaches will react differently. But our fans are just really wanting to see hockey again, and we’re going to give it to them. And it’s up to us, whether it’s inside the bubble as Bouch [Boucher] is right now, and eventually I’ll be there, or calling a game from a monitor, working with Doc, we’re going to work it out. We’ve worked long enough together that I really believe we’ll be able to have the same cadence or symmetry. Once we get through a game or two, it will be just like we’re sitting together. I don’t think anyone will notice.”

“Now, for us, it’s going to be a little different. Selfishly, as you know, being in a building, where you’re sitting up top in the press box, you’re able to see things develop and what have you, we’re instead going to be following the puck when we’re calling it off the monitors. So that’s going to be challenging at times. But that will be my job to pick up things from behind the play or draw attention to them.”

“But it’s also going to be the adrenaline and the energy of calling the greatest game in the world and working for the team we have at NBC. It’s going to be a lot of fun. And there are challenges, but we know what’s going on in the real world, and we’re going to try to entertain the hockey fans.”

Olczyk went on to discuss that there could be some scheduling challenges, though. The early rounds in particular are set for a lot of back-to-back games in each city, and there will be a whole lot of coverage on NBCSN, but particular start times may change thanks to overtime games.

“We know that we’re going to be on all day…it’s going to be up and down. The logistics part of it, I looked at the schedule, and during the qualifying rounds, there are going to be some days where you could have multiple multi-overtime games going on during the course of a day. When you’re expecting to drop the puck at a certain time, that may be a little later than normal, because there’s only one ice sheet (for games, in each hub city), and you may be following a double- or triple-overtime game three or four hours later.”

As for Emrick, Flood said “Doc Emrick has got the best studio ever created in an undisclosed location outside Detroit,” and Emrick himself said “This is a great step of commitment from NBC to me.” He said his studio involves two 30-inch monitors, with one showing the game feed and one showing his broadcast partners, plus an iPad camera for on-camera shots of himself and a laptop for promo cards and graphics.

Emrick will also be wearing both a headset mic and a blazer mic, with the headset mic used for calling the game and the blazer mic used for his on-camera appearances. And he said his main monitor is hooked up for all of NBC’s games, not just the ones he’s calling, so “I’m able to watch all of the games on that monitor in case I get the urge to practice a bit more.” He said practice runs of this setup with the team from NBC’s Connecticut headquarters haven’t felt that different from when he’s been calling games from the booth, and he’ll be able to access all the information that other announcers in those studios will have.

“I actually practiced some this morning with the group in Stamford, and they thought it was comparable to what we had,” Emrick said. “I think the access to information and all else will be similar to what they have in Stamford. …It’s the same game and we’re seeing it on really clear screens. And we’ll do our best to bring the game to people.”

Emrick also mentioned that he’s called games off monitors before, including a Los Angeles Kings game in Sweden (presumably the exhibition game played there in 2011), saying “I have done monitor-only games before, so that is not new; that’s just something that hasn’t happened in recent years.” So he has some experience there. And certainly, announcing games off remote monitors was becoming more common across sports even before the COVID-19 pandemic, and it’s only increased since then.

But the NHL on NBC remote broadcasting setup also isn’t a universal approach. The NBA, for example, has its national announcers calling games on-site in Orlando. So it’s interesting that NBC is going with a more limited on-site approach for now, and Emrick himself (who turns 74 August 1) said on the call that he’s approaching things one day at a time rather than committing to being on-site eventually.

“I’ve not looked that far into the future right now, I’m just taking it day to day.”

From the production side, Flood said NBC’s experience covering the Olympics in general and Olympic hockey in particular has helped familiarize them with having key elements of a production off site. He said their Olympic hockey experience also will help them with what it’s like to cover multiple high-stakes games in one day from one location.

“We consider it similar to an Olympic experience; you’re all in,” he said. “Our Olympic structure and system and leadership, both on the production and technical side, have given us a road map here. …Graphics no longer traveling to most of our hockey games, that system was already in place.”

There are going to be some technical innovations as well, with a big one being enhanced camera angles like the JitaCam, a 360-degree crane camera mounted under the scoreboard. Flood said he thinks that’s something that may wind up being used on NHL broadcasts after this season, especially for important games.

“I’m cautiously optimistic that we can go forward with some of this, the new toys, particularly the JitaCam. …Because it’s beneath the scoreboard, we don’t think it will be a distraction to the fans. …Obviously there’s a cost involved, but we think it can be used for big games.”

On the audio side, the plan is to use some crowd noise from EA Sports as well as crowd sound from past broadcasts, plus extra natural sound from microphones in the building. Flood said the exact mixture of sound used may change over time.

He said the audio will also be different for each team.

“The audio will make you feel like you’re in the building of the team that just scored.”

Flood added that NBC’s past outdoor broadcasts have helped in terms of using additional directional microphones and working in additional on-ice sound.

“We’ve learned an awful lot from the Stadium Series and the Winter Classic games.”

Overall, Flood said his team’s thrilled to get back to broadcasting hockey.

“We’re very excited about this opportunity to cover one of the most unique spectacles in sports, the Stanley Cup playoffs.”

And that was echoed by the other analysts on the call, including Boucher. He added that this year’s going to be even tougher than normal for the participating teams thanks to the bubble restrictions and to the need to quickly jump into postseason play.

“The work done by the National Hockey League to pull this off has been nothing short of a miracle. …I think it’s going to be a unique challenge, no doubt. Winning the Stanley Cup this year I think is going to be the hardest of any year. I don’t know how you start from zero and go to all out.”

Meanwhile, Sharp said he can’t wait to get back to calling games.

“I’m pumped. I know my wife’s excited that I can direct my energy and passion back towards the sport of hockey rather than rearranging our furniture. …I just can’t express how excited I am to be back in the studio covering some hockey.”