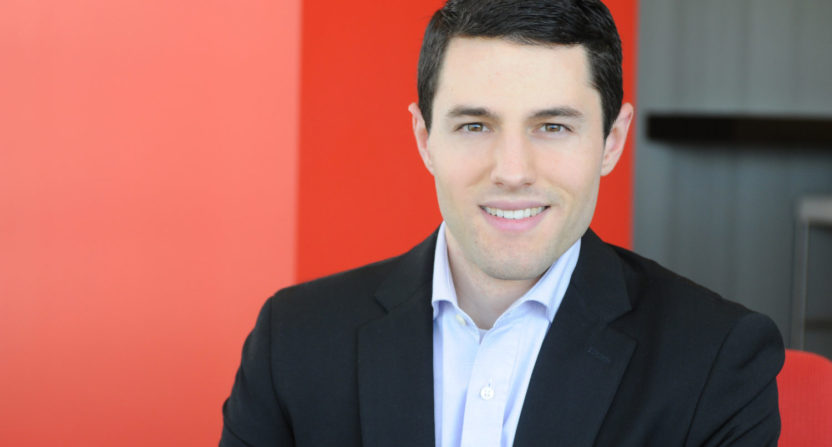 After Bob Miller called his last game ending a career of 44 years as Voice of the Los Angeles Kings, the team went on a nationwide search for the man who would succeed him. Knowing that the next announcer wouldn’t truly replace the Hall of Fame legend, the Kings went to the East Coast to find his successor.

Alex Faust, a graduate of Boston’s Northeastern University and a freelancer for ESPNU, FS1/FS2, NBCSN, NESN, Tennis Channel, and Westwood One Radio will become the TV voice of the Kings on Fox Sports West starting with the 2017-18 season.

In Miller’s last season, the Kings had familiar hockey voices substitute for him like Gary Thorne, former Dallas Stars voice Ralph Strangis and others, however, Faust was not one of them.

Kings President Luc Robitaille noted that after watching a series of audition tapes, Faust stood out from the pack and the team and Fox decided to bring him on board.

Faust told the Los Angeles Times that he knew he wasn’t the obvious choice and was just hoping to get Fox executives to notice him, “Believe me, it wasn’t an obvious outcome for me either.” And he added that he knows that replacing a legend isn’t easy:

“The expectation isn’t that I’m going to replace Bob Miller, because that’s just impossible to do. When you’re there for 44 years, you build up a rapport with the audience and you build a relationship with the audience, and I know he developed a relationship even beyond the TV sphere of going out and meeting people at events or meeting fans at games. That’s part of the job responsibility for me, for me to get to know fans, for fans to get to know me, and hopefully it all works out over the long haul.”

Totally thrilled to join the @LAKings family! Opportunity of a lifetime, without a doubt. Can't wait to get to meet Kings fans this summer.

Also, where do I even begin with everyone's kind words? Totally overwhelmed. Thanks so much for the instant warm welcome. Phenomenal Day 1.

Of course, there are parallels between the Dodgers and Kings as both teams have had their long-time lengendary announcers retire within a year of each other. Vin Scully retired in October and Miller left in April. Joe Davis has had a seamless transition in the Dodgers booth and fans have warmed to him. Faust is hoping for the same with the Kings.