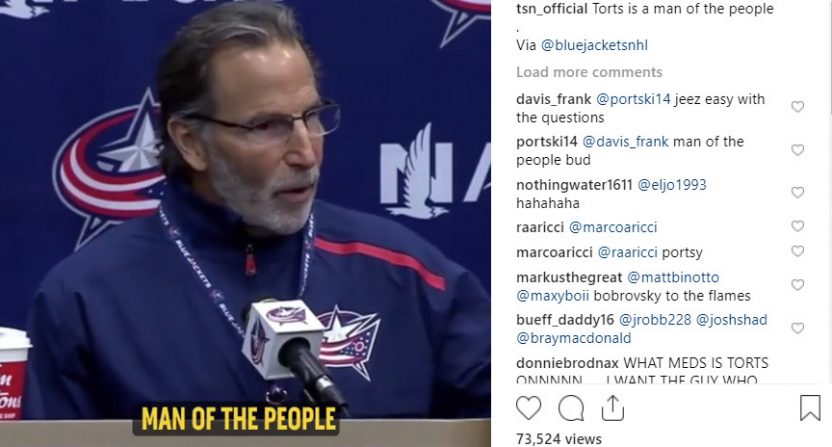 Columbus Blue Jackets head coach John Tortorella has always had an interesting and sometimes volatile relationship with the media that covers him. Much like prominent coaches in other sports like Bill Belichick and Gregg Popovich, he has never been the most loquacious man when it comes to question and answer sessions.

So with drama currently encircling the Blue Jackets with the sudden suspension of star goaltender Sergei Bobrovsky over an unspecified “incident,” you just knew there would be some fireworks when Torts met with the media. And those fireworks delivered.

Watch the clip below of Tortorella’s press conference today where he actually seems to handle the situation about as well as could be expected, clearly stating the role of the reporter (to ask questions about a huge story) and the role of the coach (to take care of the team as his first priority). Or in Torts’ words, a man of the people versus a man of the team.

If there’s one person who’s not going to open up about intra-club dynamics, it’s going to be John Tortorella. But you almost have to admire both him and the reporters for sticking up for themselves in this exchange. “The release will speak for itself” could be Torts’ version of “We’re on to Cincinnati.”