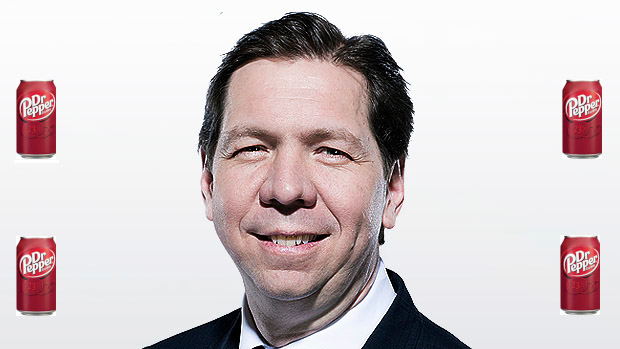 Through Thursday, the NHL has had 52 playoff games that went into at least three overtime periods. Gord Miller, the veteran play-by-play announcer for TSN and NBC, has been on the TV call for both the fourth- and fifth-longest in history, with the fourth-longest being the Tampa Bay Lightning’s 3-2 win over the Columbus Blue Jackets Tuesday (at the 9:27 mark of the fifth overtime, so after 150 minutes and 27 seconds of overall gameplay) in Game 1 of their first-round playoff series. The fifth-longest was the 4-3 win the then-Mighty Ducks of Anaheim (now just the Anaheim Ducks) recorded against the Dallas Stars in 2003 (which ended at the 0:48 mark of the fifth overtime, so after 140:48 total gameplay time).

Miller spoke to Sean Fitz-Gerald of The Athletic earlier this week about calling both games (this week’s for NBC, the 2003 one for TSN). That whole piece is a good read on the difficulties of calling multiple-overtime games, but how Miller still likes them (“It’s the best overtime in sports”). But maybe the most notable quote of all is where he compares the games. He said while it was slightly shorter, calling the Anaheim-Dallas game in 2003 wound up leaving him feeling much worse afterwards thanks to a refreshment choice:

I did the Petr Sykora five overtime game, Dallas-Anaheim, in 2003. The building in Dallas was pretty new then. They had plumbing problems. The water fountains weren’t working, and they ran out of water in the fridges in the press box. I’d never had a Dr Pepper before, and I wound up drinking four of them. I went back to the hotel and thought I’d eaten a bowling ball. I was up until four in the morning. My heart was beating about 150 beats a minute. I’ve never had a Dr Pepper since. I probably drank seven or eight bottles of water (Tuesday night).

That is certainly unfortunate. But it means that Miller is one of the people not impacted by the current Dr Pepper shortage, even if it also means he probably won’t be cast in Fansville any time soon. Instead, he drank water through Tuesday’s game, and then enjoyed a different beverage afterwards:

And as Miller tweeted Thursday, he’s all set even if he has to go to a deeper bench:

In the playoffs, your depth will be tested. ⁦@jamesonwhiskey⁩ pic.twitter.com/pPGFJvUCq2

This is not the first time Miller has shown off his love of whiskey (or whisky, depending on what you’re drinking), as he also did that as part of the #TrickShot4Snowy campaign for Calgary Flames’ assistant general manager Chris Snow (who has ALS) earlier this year:

Challenge accepted, @DarrenDreger. My #TrickShot4Snowy isn’t as fancy as some of the others, but it sure went down easy. I have made my donation, and pass along the challenge to @rayferrarotsn and @jamiemclennan29 pic.twitter.com/EK70GWniLM

“Brayden Point ENDS IT! And the Tampa Bay Lightning take an epic Game 1, in five overtimes.” It’s after the clip cuts out, but Miller later wrapped the broadcast up with a nice “good afternoon, good evening and good night,” which he told Fitz-Gerald came into his mind from famed CBS News anchor Edward R. Murrow’s “Good night, and good luck” sign-off:

I don’t know why it occurred to me. But one of my favourite sign-offs was Edward R. Murrow, “good night and good luck.” As the game went along, I remember saying at one point, “It started as an afternoon game, into an evening game and a night game.” I was thinking about the Washington-Islanders game in ’87 that began on Saturday night and ended on Easter Sunday … But no, I don’t plan in advance.

For the record, Miller also used a similar phrase at the 2007 World Junior Championships, and long-time Washington Capitals radio voice John Walton has long used “Good morning, good afternoon, and good night!”, and even 1998’s The Truman Show used “Good morning, and in case I don’t see you, good afternoon, good evening and good night.” So this wasn’t wholly unanticipated. But it was still a fun call, and one probably helped by Miller not having a “bowling ball” of Dr Pepper in his stomach.